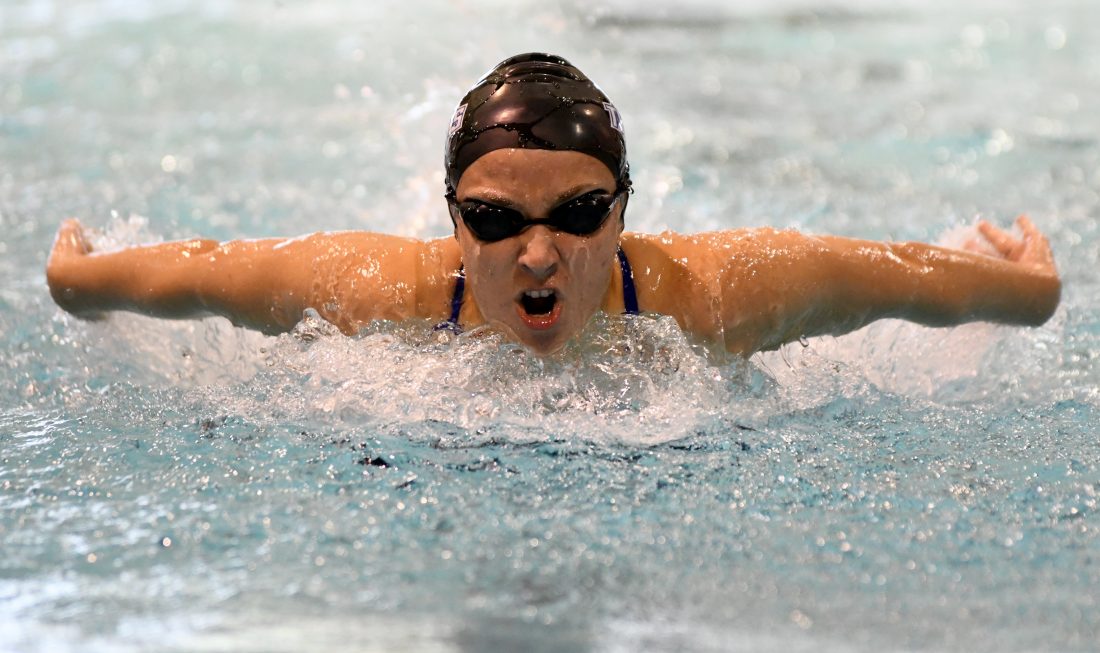 For the first time in program history, the Iowa Central men’s swimming program defeated a Div. I program on Saturday in the Dodger Pool.

The Tritons edged South Dakota State, 108-97, to cap a perfect performance in a quadrangular that also included victories over Olivet Nazarine (144-61) and Midland (150-55).

“It’s a pretty big moment for us,” ICCC head coach Joe Plane said. “We set some pretty big goals at our first team meeting, and have worked our way toward something like this ever since.

“I was really positive to the kids beforehand (about possibly sweeping the meet), but to my wife, I admitted, ‘if we manage to pull this off, it would be amazing.’ And sure enough, they did.”

Iowa Central also earned first in the 400 medley relay with a time of 3:29.66, behind Sosa, Cruz Zuniga, Andres Giles and Emile Lutzeler.

“We had some outstanding individual performances, but our depth is really what won us the meet,” Plane said. “We knew that if we wanted to compete on a national stage (the Tritons are currently first in the NJCAA power rankings), we needed to build as much quality depth as possible. And this roster is set up in that way.

“There were a lot of both season and lifetime bests. It was just a terrific performance.”

“The women did a really nice job as well, with a lot of lifetime bests,” Plane said. “We’ve shown a lot of improvement over these past few weeks; at this point, for it just being the second week, I’m really proud of their efforts.”

Iowa Central returns to action on Nov. 2 in Dubuque against Loras and Illinois Institute of Technology.