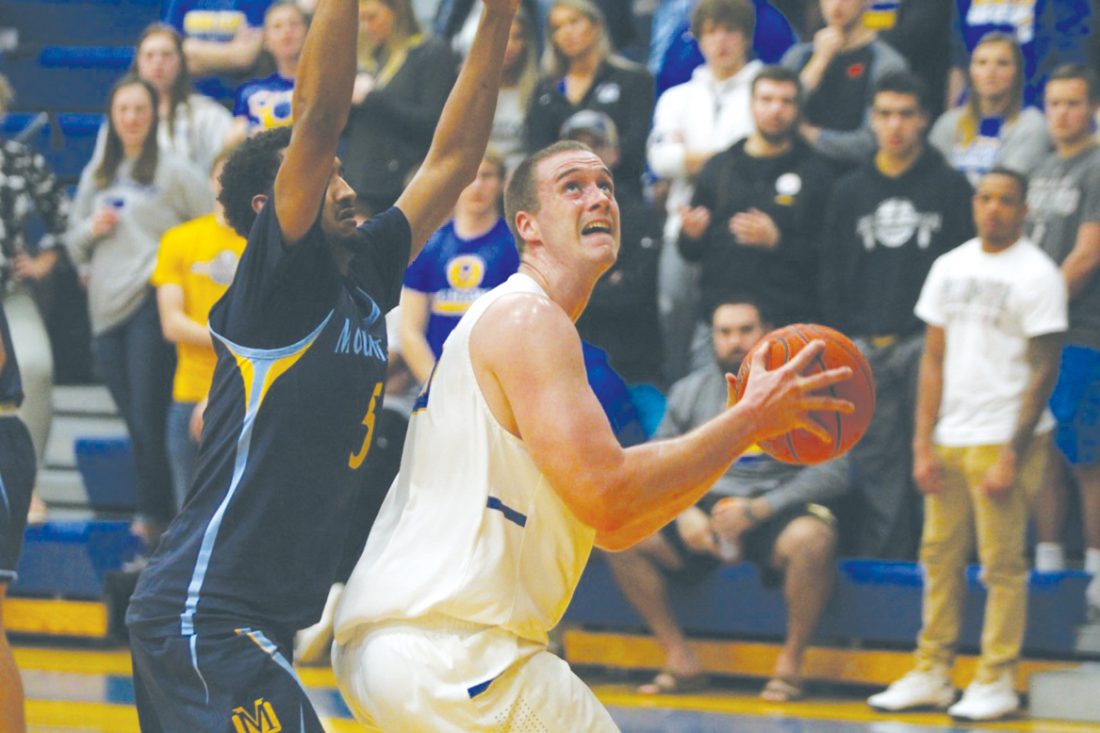 Roetman, a former all-stater at Pocahontas Area, helped Briar Cliff University to two Elite Eight trips during his three seasons on the court.

Following a standout prep career, Roetman stepped right into the Briar Cliff rotation, appearing in all 34 games as a freshman in 2017-18. He finished with 157 points and 63 rebounds as the Chargers went 26-8.

The next year, Roetman competed in 30 games for Briar Cliff, scoring 176 points with 78 rebounds. The Chargers again advanced to the NAIA Div. II Elite Eight, going 22-9 on the season.

“There will be many things I miss about Briar Ciff basketball, but the biggest will be my teammates and coaches,” Roetman said. “The friendships I made through the years are the ones that I will never forget.

“I’ll also miss getting to play in front of a packed home crowd in Newman Flanagan Center against Morningside or Northwestern. All three levels would be filled with fans and there is nothing that can describe the feeling of playing in an atmosphere like that.”

Roetman had 11 points in the final game of the tournament that season against Marian, and also had eight points in a win over Olivet Nazarene. He was on the court for all six tournament games for Briar Cliff.

“I feel I grew the most as a basketball player in my leadership abilities,” he said. “I worked on being more vocal on and off the court, along with bringing teammates up when they were down. I like explaining things to the younger players on the team that wouldn’t understand a play or a drill in practice.

“I feel like I also led by example. Rather than just saying things most times, I would just do the right thing so that the younger players could follow.”

The Chargers finished 16-14 this past season with Roetman averaging 10 points a game and finishing with 301 points in all. He also had 139 rebounds, 61 assists and 10 steals in 30 games, making 29 starts.

“I would have to say one of my best memories would have to be from this past season when we beat the undefeated No. 1-ranked team in the country, Morningside, in our home gym,” Roetman said. “Other great memories would be making it to the two elite eight games in back-to-back years at the NAIA National Tournament. The national tournaments I went to alone are memories that I will never forget, but it’s the time you aren’t playing a game that you get to hang out at the hotel or go watch other games with your teammates that are the real memories that will never be forgotten.”

In that win 94-83 win over Morningside, Roetman was a perfect 4-for-4 from the field, knocking down both of his 3-point attempts. He also had three rebounds, two assists and a pair of steals.

Roetman had a 21-point, five-rebound performance in his final game, a 74-66 victory over Dordt at home. The Chargers went 5-2 down the stretch with Roetman scoring in double figures in three of the five wins.

Along the way, Roetman had a strong following from his parents, James and Julie Roetman. The pair missed just one game during his three-year career.

“I have to give a huge shout-out to them for everything they have done for me over the years,” he said. “The only game they missed was this past season because of a snow storm. I would also like to thank my entire family, coaches, teammates and everybody else that has been part of my journey either in high school or college.”

In high school, Roetman left the school the career leader with 1,590 points, 862 rebounds, 148 blocks, 91 made 3-pointers and 289 made free throws, along with several other single-season and single-game marks. He started all 90 games for Pocahontas Area, with the team winning 64 times.

Roetman plans to graduate in May and become an electrician.