No. 4 Dodgers split with 15th-ranked Rams 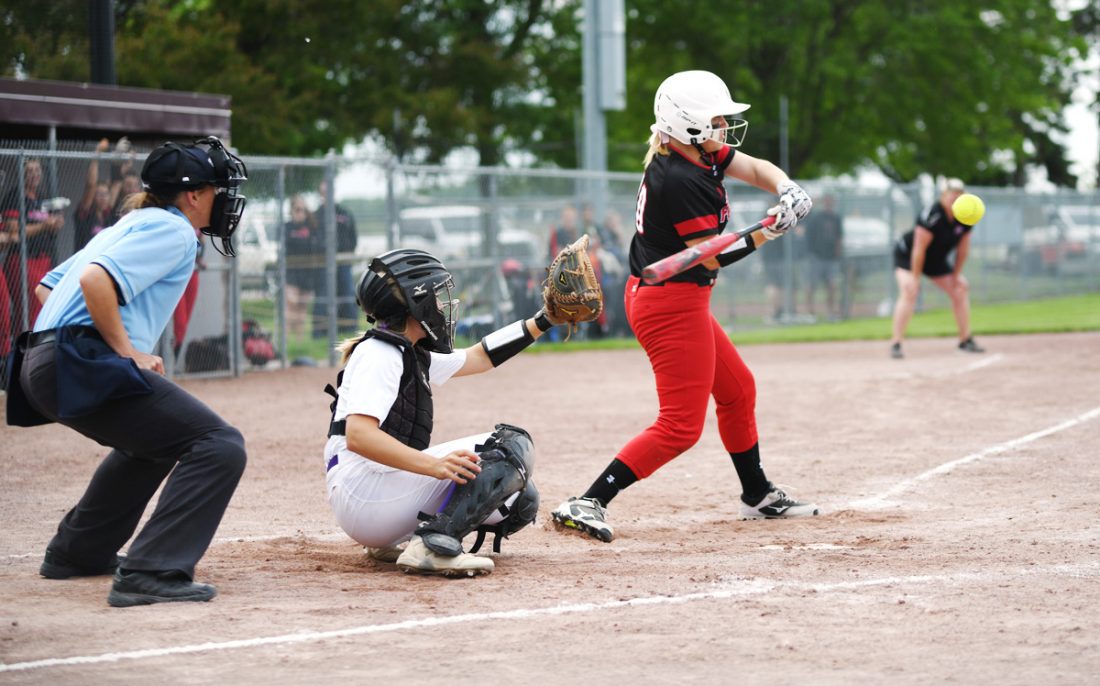 Messenger photo by Britt Kudla Chloe Wertz gets a hit earlier in the week against Waukee at Rogers Park.

PLEASANT HILL — It was a tale of two softball games in a ranked showdown between Fort Dodge and Southeast Polk on Wednesday.

“We came out and really looked focused through the first five innings (in game one),” Dodger head coach Andi Adams said. “But they had three late runs against us and you could see the momentum start to shift. It carried over (into the second contest).

“They’re a good team, and I’m sure they were frustrated by falling behind like that. So they did something about it. We made a lot of physical and mental mistakes, and they brought phenomenal energy that we just didn’t match (down the stretch).”

Tristin Doster was 3-for-5 with four RBI in the opener, while Aubrey Davis went 4-for-5 with a triple, three runs scored and two driven in. Loghen Schnetzer was 2-for-3 with two doubles and three RBI, and Chloe Wertz also drove in three.

Adams allowed three unearned runs and struck out five to improve to 8-1.

The nightcap was a completely different story. Fort Dodge managed only six hits after recording 18 in the first-game hit parade. The Rams also plated six unearned runs, as the Dodgers committed six errors.

“To have eight errors and give up nine unearned runs (in the doubleheader) … that’s not Fort Dodge softball,” Adams said. “We have to be more consistent both in how we field and our approach at the plate.”

The Dodgers face Ankeny Centennial (10-5) on Thursday at 5 p.m. The Jaguars have won five straight.