The Fort Dodge Community School District has announced its students and employee of the month for March. This program recognizes one elementary, one middle school and one high school student, as well as one staff member monthly for exceeding expectations.

Evie Piton is the Elementary Student of the Month. Kelsey Albrecht nominated her. She said Piton has a strong work ethic and always tries her best. She has a good attitude and open mind that propel her to keep trying and learning. She has grown an incredible amount this year because of her perseverance and determination.

Piton is exceptionally kind and shows respect beyond her years. She will often say “thank you for what you do” to the teachers, lunch ladies and custodians. She is an exceptional role model for students and a good friend to anyone she meets.

Albrecht concluded, “Evie is a student I will never forget because of the kindness and gratitude she displays toward others.” She is the daughter of Dan and Julie Piton.

Trace Rial is the Middle School Student of the Month. Amanda Ostrander-Lawrence nominated him.

She said he works hard on all assignments and puts his best effort forward. He takes responsibility for his work, asking questions when he doesn’t understand or needs clarification. Rial is always willing to help other students.

In small group activities, he allows everyone in the group to have a voice and listens to new ideas. He is honest and holds himself accountable. Rial shows compassion for others and is someone the other students look up to.

“Since the beginning of the year, Trace has shown that he works hard, is open to new ideas, listens to others, and holds himself accountable for his actions and his work,” Ostrander-Lawrence said.

Trace Rial is the son of Mark and Lindsey Rial.

Takatsuka shared that Mills had his two best semesters back to back despite taking more difficult classes, including an AP class and a college class. He said Mills is one of the easiest students to get along with due to his laid back, non-judgmental nature, sense of humor, enthusiasm and respect for others.

While it is not usually announced who the mascot is, Mills was the first Dodger Denny and the first Fort Dodge mascot to compete at the state cheerleading competition. His dedication to being part of that squad was inspiring and impressive. Also inspiring was his sixth-place finish at state wrestling in his first state appearance.

“Getting better grades with harder classes, improving in sports, and taking on new challenges all while being able to fit in, work hard and positively impact others is exactly what being a Dodger is all about,” Takatsuka said.

Brandon Mills is the son of Todd Carver and Brandy Mills.

Jennifer Parman is the Employee of the Month. Emma Lampe nominated her. Lampe shared that Parman has helped her son grow exponentially in the classroom. She said at the beginning of the year her son had difficulty reading, writing and using appropriate social skills. Now he is excited to go to class and to tell Parman when he reads sight words at home.

Lampe shared that Parman goes above and beyond communicating and does it with a smile even when she may not have the best news to share. Lampe indicated at a recent event every person Parman interacted with had a smile on their face.

“Ms. Parman is so kind, and you can tell when she interacts with the kids she truly cares for them. She makes our family feel comfortable and we are extremely blessed for all her patience and teaching.” Lampe said. 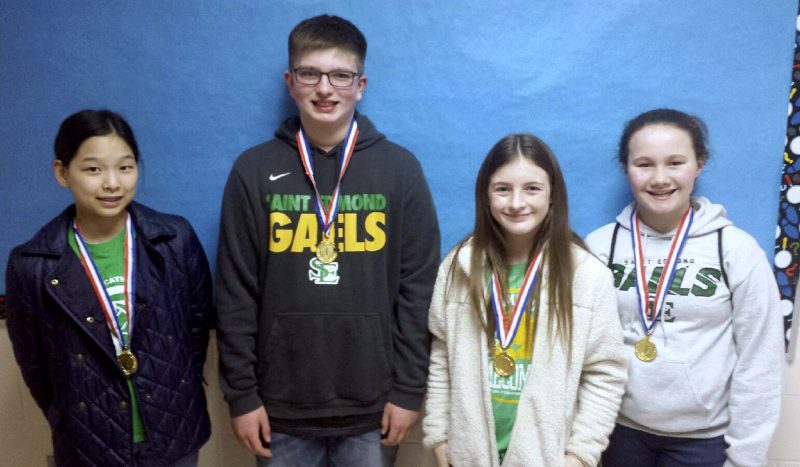 1. What programs and activities do you participate in? I am in choir, dance team, spring musical, Link ... 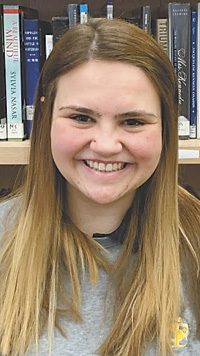