-Submitted photo
There is a lot of confusion surrounding the product fake meat. Studies have shown that a high percentage of people surveyed believed there is a small trace of real beef in the “ Beyond Burger”  plant-based patties. 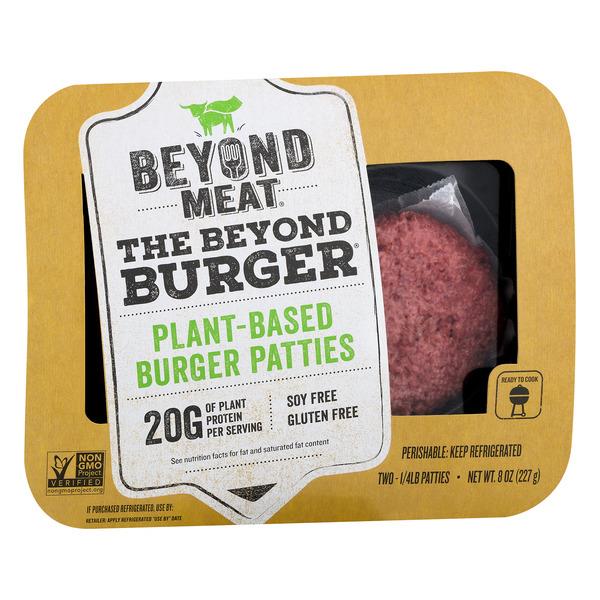 -Submitted photo
There is a lot of confusion surrounding the product fake meat. Studies have shown that a high percentage of people surveyed believed there is a small trace of real beef in the “ Beyond Burger”  plant-based patties.

Imitation may be the sincerest form of flattery, but there’s no comparison between real beef and fake meat, say beef advocates. They emphasize it’s time to set the record straight about lab-created and plant-based meat products.

“There are a lot of imposters out there,” said Danielle Beck, the National Cattlemen’s Beef Association’s (NCBA) senior director of government affairs, who spoke at the Iowa Cattlemen’s Association’s annual meeting in Altoona in December 2019. “We want to be fact-based.”

The facts include explaining what’s really in fake meat. While plant-based meat products contain various ingredients, they’re usually made from extracted plant protein or whey protein, spices and binding ingredients. Lab-grown meat, sometimes called “clean meat,” is produced from cell cultures in a laboratory, rather than grown by an animal. Many of the companies manufacturing these foods claim that their products are superior in terms of sustainability, environmental friendliness, animal welfare and food safety, compared to traditional beef.

Sales of meat alternatives grew 30 percent in 2018 compared to the previous year, according to Nielsen Product Insider. Still, the alternative meat market is a tiny percentage (less than 1 percent, by some estimates) of the global meat market.

“Fake meat is a media darling, but there are a lot of unknowns about these fake meat products,” Beck said.

One thing that is clear is that fake meat products are much different from real beef, she added.

“Fake meat products have 15 to 30 ingredients. Real beef has one ingredient,” she said.

“When you look at the sodium content alone, real beef is superior,” Beck said.

In an online survey of more than 1,800 consumers, less than half of the respondents understood that the labeling term “plant-based beef” was intended to describe an entirely vegetarian or vegan food product. One major source of confusion? About one third of surveyed consumers believed that plant-based fake meat products contain at least some real beef in them.

• Nearly two-thirds of respondents believed the fake meat products produced by Beyond Meat, Impossible Foods and Lightlife contained real beef or some form of animal byproduct.

• 32 percent of consumers who were shown a package of Beyond Meat’s “Beyond Burger” plant-based patties (which features a cow icon) told researchers they thought the patties contained at least small amounts of real meat.

• 37 percent of consumers who were shown a package of Lightlife’s “Gimme Lean,” which features the word “beef” highlighted in a red box, said the product contained at least some real beef. Neither product contains any real beef.

The fact that so many consumers look at these labels and think the products include meat or other animal by-products is a clear sign of deceptive marketing practices that trade on beef’s good name, Beck said.

When asked to rank plant-based fake meat versus beef on a host of food attributes, the results were even more startling. For example:

• 44 percent of consumers believed plant-based products were lower in sodium, when leading plant-based fake beef is anywhere between 220 to 620 percent higher in sodium than the same size serving of real ground beef.

• Less than one fourth (24 percent) of respondents correctly identified beef as being lower in sodium. Scientifically speaking, beef is considered to be an unprocessed or minimally processed food, whereas plant-based fake meat products are classified as an ultra-processed food product.

• More than one third (34 percent) of respondents believed fake meat and real beef products were equivalent on the food processing scale.

• On the broad category of healthfulness, more than half of consumers believed plant-based meat was better than beef.

This research is a wake-up call for the beef industry and federal regulators, Beck said. The U.S. Department of Agriculture and U.S. Food and Drug Administration (FDA) can help prevent this sort of consumer confusion, she added.

NCBA has submitted comments to USDA and the FDA regarding the regulations of fake meat products.

“NCBA firmly believes the term ‘beef’ should only apply to products raised by farmers and ranchers,” Beck said. “These producers work hard every day to supply the safest, most affordable, most delicious protein.”

“We aren’t going to take this lying down”

While the purveyors of fake meat products say their products are completely safe, the scientific community has not reached a consensus on that, Beck added, especially with lab-grown meat.

“All of those inputs [used to make fake meat] need to be assessed on their own, plus the end product needs to be assessed. There are a lot of claims about the potential for cancerous cells in these tissue samples, unknown nutrients and chemicals in the cell-growth medium, whether antibiotics or antimicrobials are being used. These are all really important safety questions, and they need to be vetted fully by both USDA and FDA before any product makes it to the market,” she said.

In the meantime, it’s vital to continue communicating with consumers, the media and regulators about the advantages of real beef, from the health benefits to cattle production’s environmental benefits.

“Beef production is eco-friendly,” Beck said. “We’re part of the solution, not the problem.”

Beef producers are not afraid of competition, nor are they anti-science, Beck added.

“Beef producers have a long history of embracing innovative technologies. But they do want a fair, even playing field moving forward. We’re going to keep punching back and aren’t going to take this lying down,” she said.