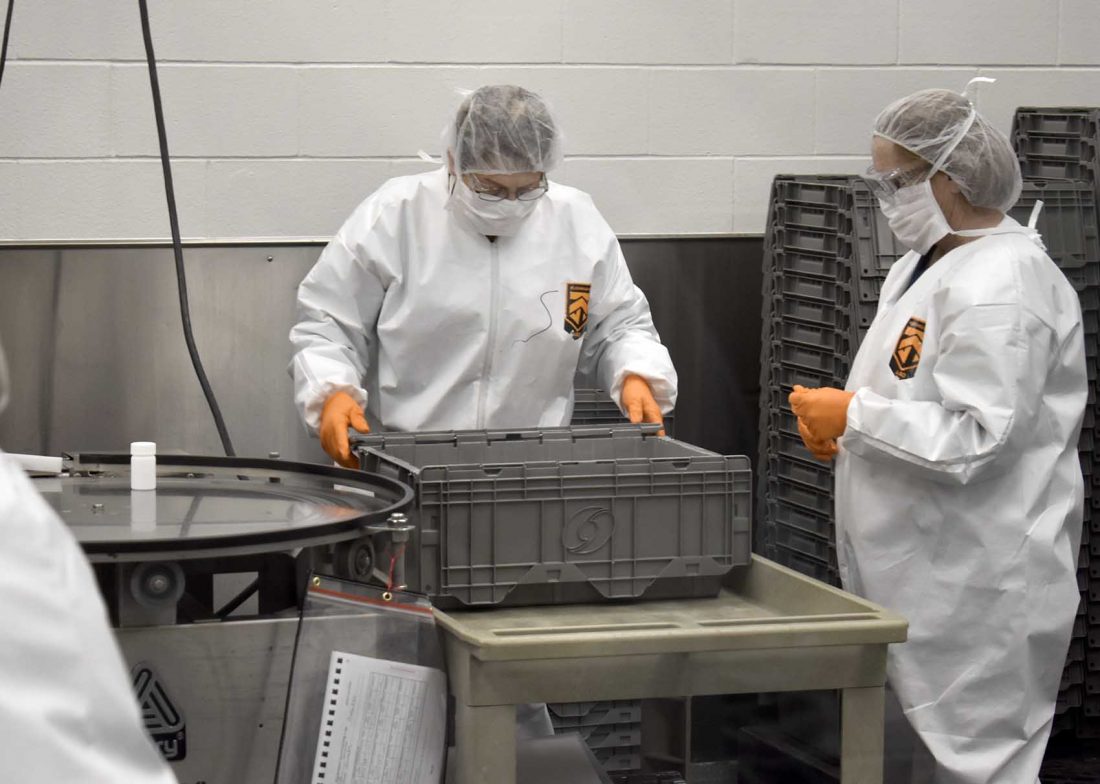 When New Zealand-based Argenta took over the site commonly called the Riverside plant in Fort Dodge to make animal medicine, the company committed itself to creating 30 jobs over a period of three years.

That was in January 2016. And by the end of that year, 56 people were employed at Argenta Manufacturing Laboratories, also referred to as AML Riverside.

As of March 10, the company was up to 81 employees, according to Dave Baardson, general manger of AML Riverside.

Many of the employees had previously worked for either Fort Dodge Animal Health or Boehringer Ingelheim Vetmedica Inc. when those firms owned the Riverside plant.

“When we shut down (December 2015) and started in 2016, we only had 23 employees that came back,” Baardson said. “But all 23 worked for Animal Health or BIVI. As we continue to grow, we look at past employees because of the strength and experience they already had.” 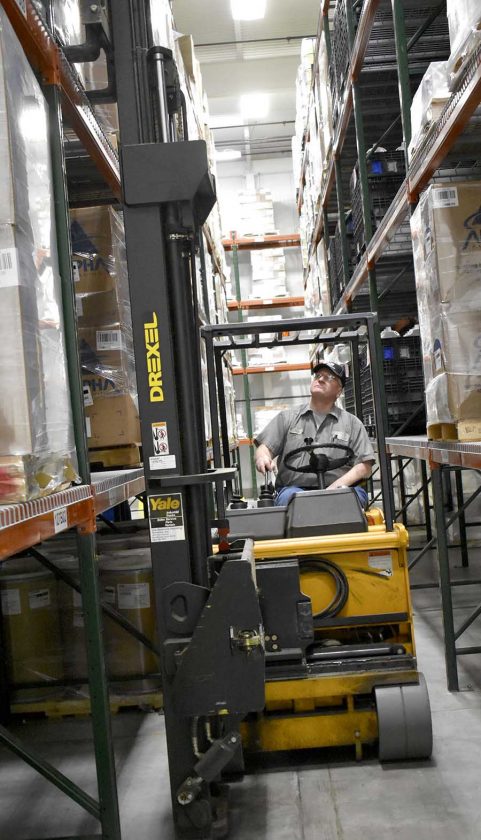 He added, “There was a certain point where we thought fresh eyes would be good to have as well.”

About 70 percent of current employees used to work at the same plant, Baardson reported.

Baardson, a Fort Dodge native, said one of reasons Argenta was interested in the Riverside plant was the culture that was already in place.

“The values we have here has never really changed,” Baardson said. “And that was something Argenta really liked. It’s a family atmosphere. Everybody knows everybody by name. But then on top of that, everybody is willing to work and help out even if it’s not their job. They give a helping hand. That’s the type of culture that really helps increase the growth and keep the clients happy, too. Here it’s not just about experience, it’s the type of attitude you have, too.”

The plant, located at 141 E Riverside Drive, sits on 15.3 acres. It was built by Fort Dodge Laboratories in 1989 and was used by its successors, Fort Dodge Animal Health, Pfizer Inc. and BIVI.

The production area is 145,445 square feet. Twenty percent is warehouse space, 35% is for solid dose, 25% is liquids and the remaining 20% is label control, laboratories, maintenance and office space.

AML Riverside is part of the Argenta group, which is a contract research organization specializing in animal health.

“We work with clients ranging from small and medium sized pharmaceutical companies to some of the world’s largest industry players producing products for companion animals and livestock,” Baardson said.

AML Riverside manufactures the animal medicine for other pharmaceutical companies. AML does not own the product.

Baardson said the products can range from medicine for arthritis to a form of heartworm medication.

As AML Riverside continues its growth, Baardson said the company will continue to look at ways to increase efficiency.

“As we continue to grow, we want to become more automated,” he said. “There will be more multiskilled maintenance that will be hired, more engineers. Chemists would be hired as well.

In terms of automation, Baardson said a vision system that inspects labels is in place.

The company’s jobs include a production team of operators and maintenance staff.

Chemists and engineers are two other common positions.

He said AML Riverside is looking to increase its solid dose activity.

“We are looking at making modifications to the facility,” he said. “We have a product we plan on bringing in. We will have to enlarge the room and ceiling height. We are looking at purchasing a new tablet press.”

He said the company would also be increasing its production on the liquid/gel side.

Baardson is a graduate of Fort Dodge Senior High.

He worked at Silgan Containers for about 13 years before switching careers to work for Fort Dodge Animal Health.

During his time with Fort Dodge Animal Health from 2001 to 2009, Baardson was a production supervisor, project lead on a major process improvement project, purchasing agent and production management.

With BIVI in October 2009, Baardson remained in production and then transitioned to site lead.

Baardson started with AML Riverside in 2016 as head of site. He was promoted to general manager in 2018. 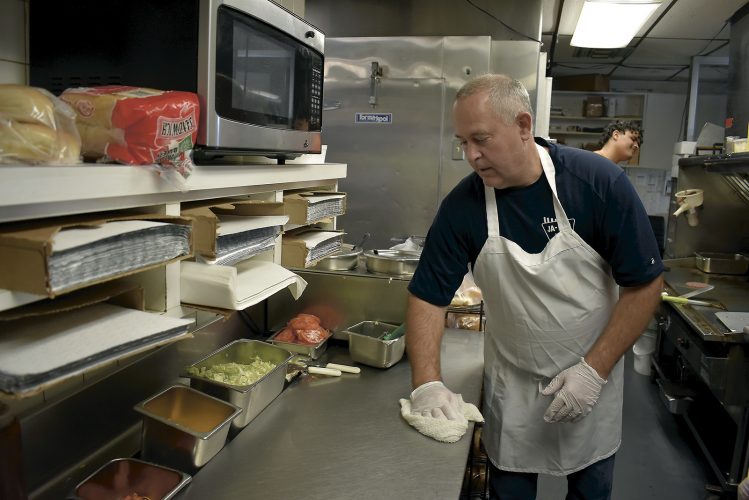