-Messenger photo by Clayton Rye
Eldon and Nancy Haas’ barn was built back in 1914. The barn was home to the family’s shorthorn cattle dairy operation.

-Messenger photo by Clayton Rye
An old basketball hoop is evidence that work wasn’t the only activity that took place in the Haas barn. 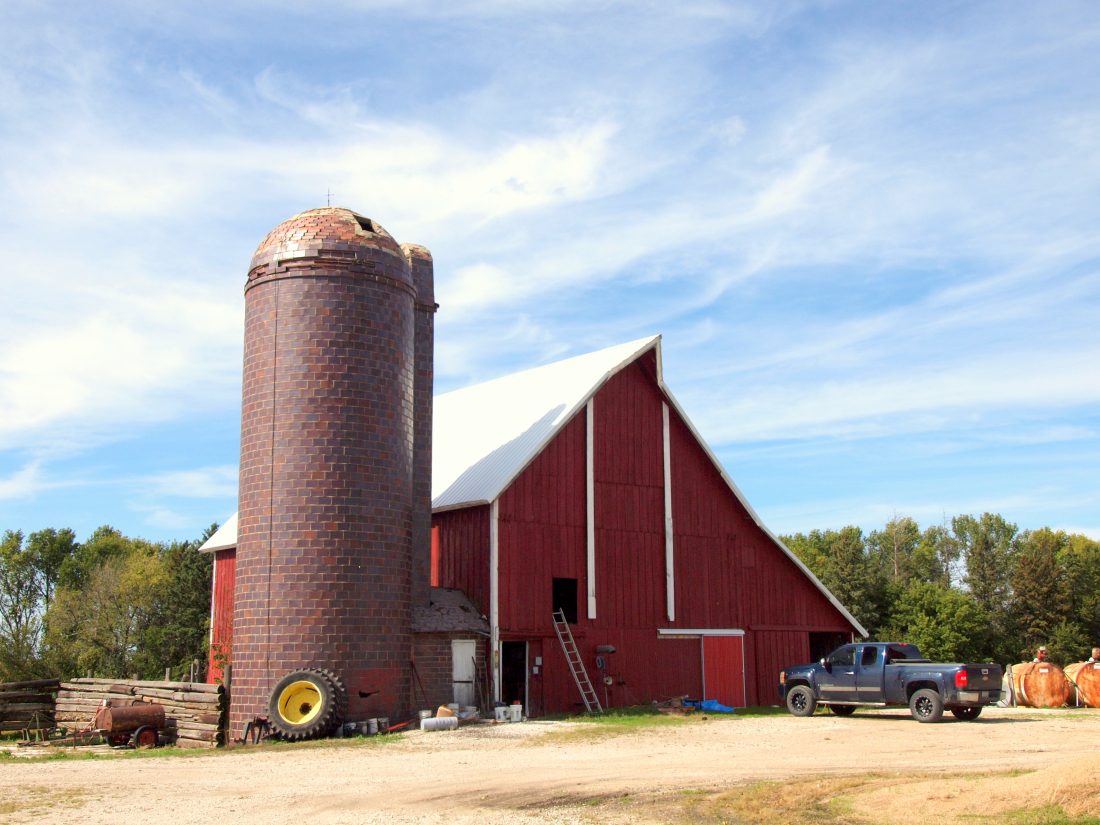 -Messenger photo by Clayton Rye
Eldon and Nancy Haas’ barn was built back in 1914. The barn was home to the family’s shorthorn cattle dairy operation.

LAKOTA — The farm of Eldon and Nancy Haas is located north of Lakota on the west side of U.S. Highway 169. From the highway a passerby can see the red barn with its white steel roof. It’s an indication of the significance of the barn to the farm.

“That barn provided a lot of income over the years,” said Eldon Haas. “We keep it painted. I couldn’t stand to see the roof leak.”

Eldon Haas said the barn was built by Benjamin Franklin Sharp in 1914 and then the house that is located nearby. The carpenters used a boxcar load of lumber that was hauled from Elmore, Minnesota, a few miles north.

B.F. Sharp was a progressive farmer and was the first farmer with a rubber-tired tractor, according to Eldon Haas. At about that same time, he also added a lean to the north side of the barn for his beef cattle operation.

An interesting fact about the Haas farm is that it also has an Artesian well that is 200 feet deep. 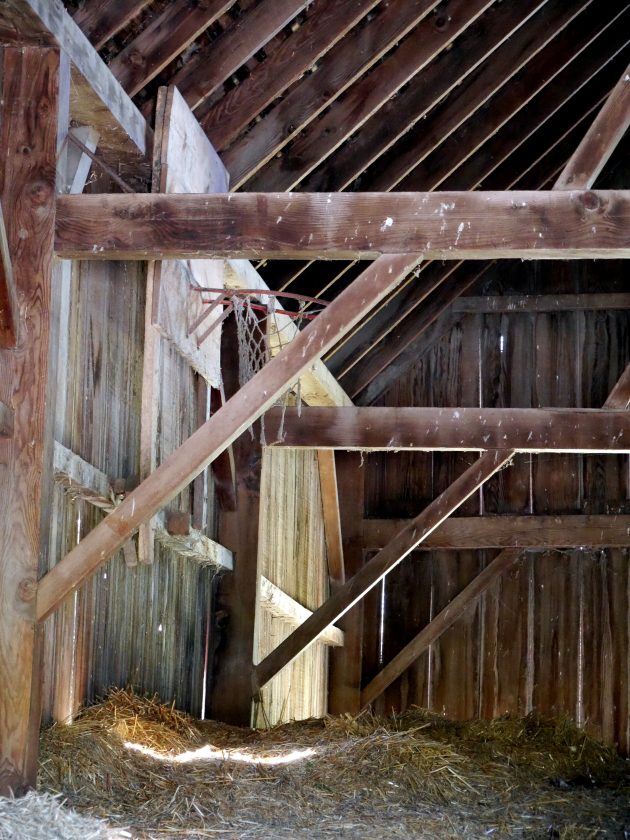 -Messenger photo by Clayton Rye
An old basketball hoop is evidence that work wasn’t the only activity that took place in the Haas barn.

“We have 40 degree water year around,” said Eldon Haas.

The water flowed into a basement cistern and was used for laundry and something that resembled a toilet said Eldon Haas. The overflow went to a tank used for hogs and then to a creek.

The family’s dairy operation consisted of shorthorn cattle and the milking was done on the south side of the barn.

Alfred Hurlburt, Eldon Haas’ father in law, moved to the farm after a second tenant named Engstrom left. Hurlburt milked 25 head of Holsteins from 1958 to 1967.

“They could make it all disappear,” said Eldon Haas.

Eldon and Nancy Haas moved on to farm in 1968 after his father in law and they farmed on crop shares. In 1979, they purchased the farm from the Sharp children.

In its life the barn has been used for dairy cattle, beef cattle and hogs.

The silo next to barn was used for storing feed for the cattle. He unloaded the silo by hand, scooping at a constant rate, while Nancy Haas held a stop watch so they could know when there was enough silage in the wagon.

“We never had breakfast until the cattle were fed,” said Eldon Haas.

Eldon Haas’ father, Elmer Haas, was involved on the farm as well. He passed away at age 87 after a very short bout with cancer.

Eldon and Nancy Haas are the parents of three daughters and, at age 78, have retired off the farm.

“It was a good farm life for us, said Eldon Haas.