Kelly Sayer: 'We are here to help people make the changes they want to make' 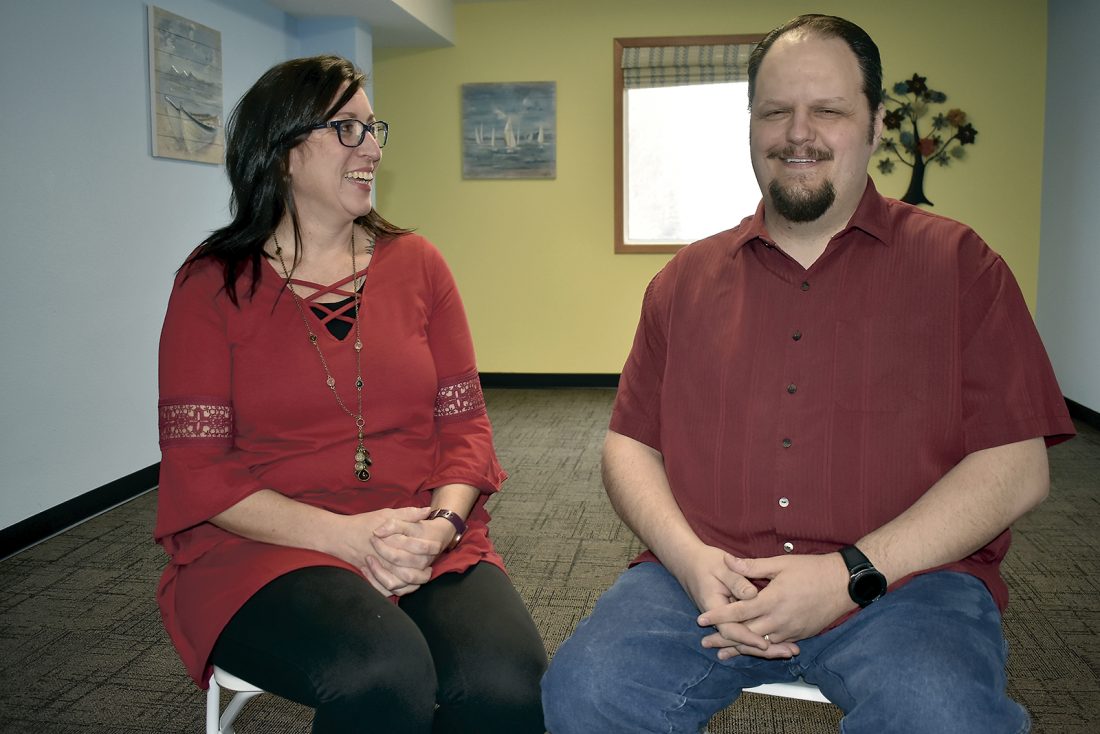 Kelly and Heather Sayer have always felt a calling to help others connect and make positive changes in their lives.

And they have been able to accomplish that through their work at Sayer Counseling, 1728 Central Ave., Suite 10.

The couple opened their office in May of 2017.

They recently began offering group therapy as part of their services.

“We both always had that desire to help people,” said Kelly Sayer, who worked at Van Diest Supply Co. for a total of 14 years before changing his career path. “I just started getting this feeling like my impact on the world today is that their inventory system is more accurate. I wanted to do something more personal.” 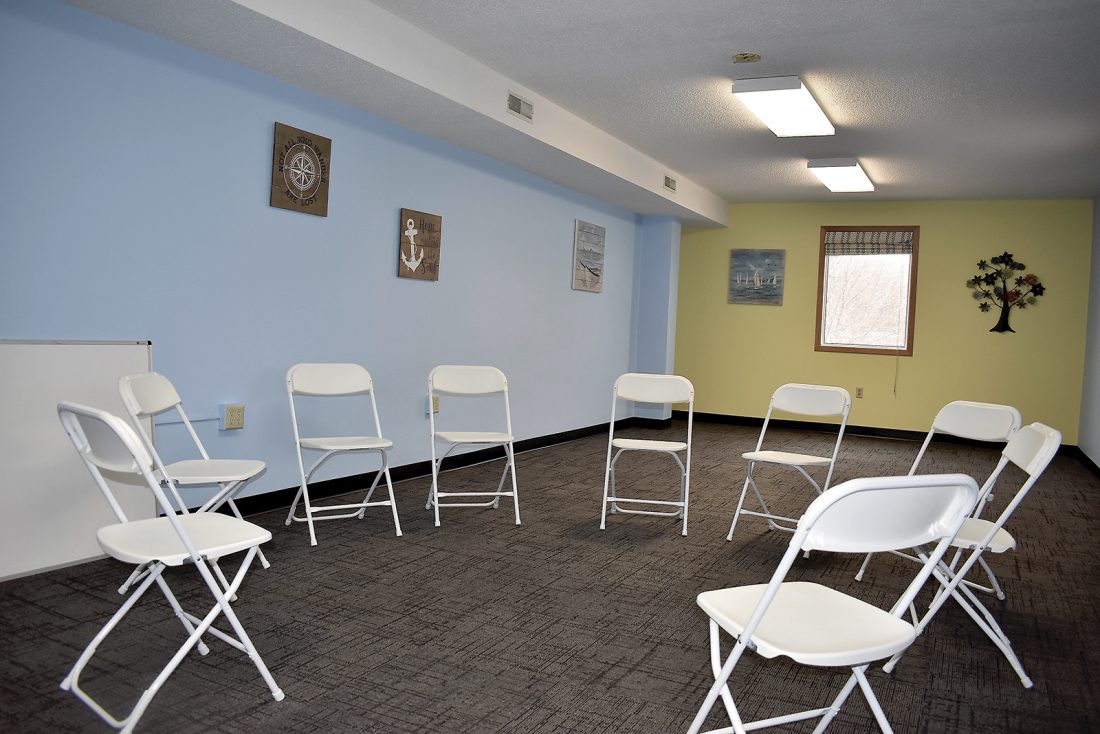 Heather Sayer worked as a veterans service representative at the Veterans Affairs regional office in Portland, Oregon, and then in Houston, Texas.

She moved to Mason City in 2006. Meanwhile, Kelly Sayer lived in Webster City.

“When we met I lived in Webster City and she lived in Mason City,” Kelly Sayer said. “We settled in Belmond for about seven years and then followed the work here.”

Prior to opening their own counseling office, Heather Sayer worked at Community Health Center and Berryhill Center. She also worked at the YWCA in 2013.

Kelly Sayer has experience at Community and Family Resources and Berryhill. 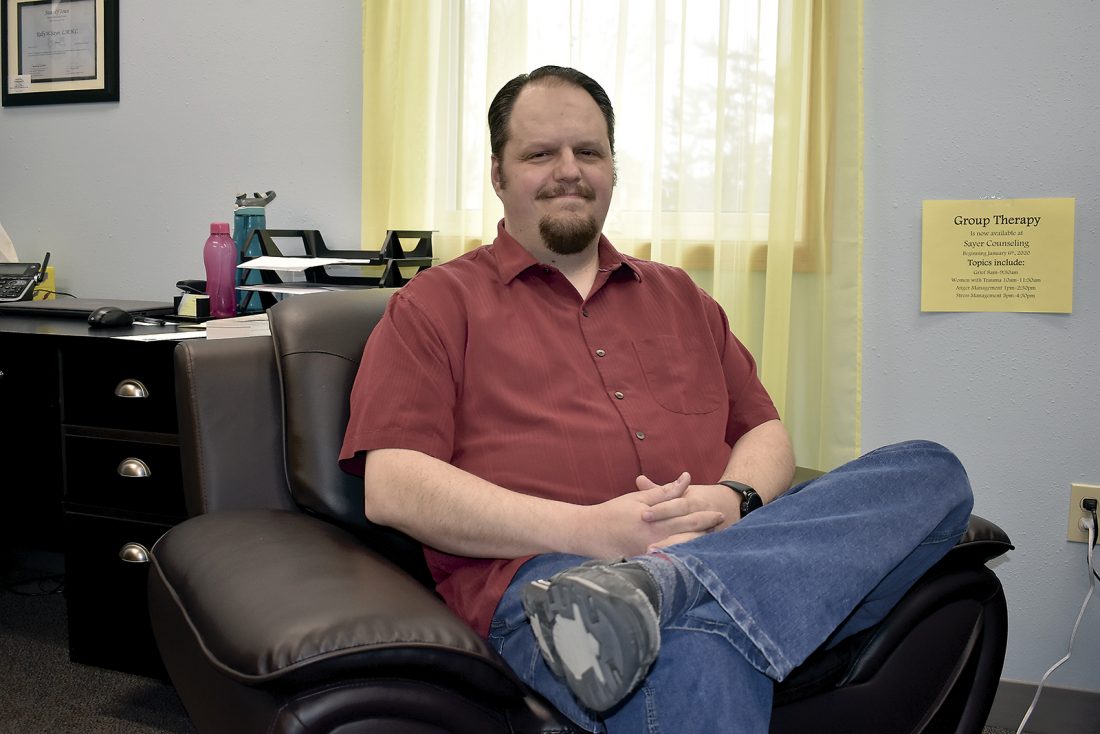 Heather Sayer and Kelly Sayer both hold a master’s degree in counseling from Mid-America Christian University in Oklahoma City.

“I felt inspired,” Heather Sayer recalled when she decided to pursue a career in counseling. “I very specifically received some inspiration about where my life was going to go and received a strong response to that question as to going and becoming a counselor and serving through my faith to provide care for people through counseling.”

“We employ different therapeutic approaches because what works for one person doesn’t work for everyone,” Kelly Sayer said.

According to Heather Sayer, grief and loss are other common reasons people seek therapy.

Heather Sayer works with a lot of younger people, she said.

“I work with parents to help grow the child,” she said. “We don’t do parent-child interactive therapy, but we are trained in that.”

She does not currently see children under 12.

“I work with a lot of clients from the YWCA and I like working with that population,” Heather Sayer said. “In general, we have tried to keep our practice from ages 12 and up with a few exceptions.”

Family issues are quite prevalent, according to Kelly Sayer.

“We see a lot of clients with just family issues. A lot of divorce, a lot of co-parenting issues. Raising kids is hard,” he said.

Therapy can be a productive way to deal with problems life throws at us, Kelly Sayer said.

“Almost anyone can benefit from therapy at some point because we all have stressors that overwhelm us,” Kelly Sayer said. “Having someone to share that burden with can help people heal and move on.

“Moving on from high school to college and making that transition –when someone finds themselves in a crossroads, therapy can be very beneficial.”

Heather Sayer added, “We are just two people but if we can help two people then they can help others.”

Through their own experiences, both Kelly and Heather Sayer saw the need for group therapy services in Fort Dodge.

“We recognized a lack of that kind of service around town,” Kelly Sayer said. “Not that there isn’t anything, but there isn’t a lot. There isn’t much that focuses on mental health issues. So when the office space opened in the building, we took it.”

The group therapy room is on the second floor of the Coldwell Banker building, next to Heather and Kelly Sayer’s offices.

“This community has a really strong demand, short supply,” Heather Sayer said in regards to group therapy. “We live in a community where we have the recovery house, people in recovery. We have the prison. There are a lot of people who need these services, but there is a shortage of those services in this area as far as the mental health side of it is concerned.”

Being around other people who have shared similar experiences can be healing for the mind.

“I feel like a lot of people don’t realize how many other people feel similarly to them and deal with the same types of problems they deal with,” Kelly Sayer said. “It can be very powerful to have that connection and learn from each other on how to deal with things productively.”

Group sessions last for an hour-and-a-half.

The content of the session varies based on what the topic of the group is.

“Each group is specific to the topic of that group,” Heather Sayer said. “Each group comes with its own curriculum of therapy we are providing. We are going through interventions and really process through each individual’s personal experiences.”

Kelly Sayer said the number of people in a group therapy session varies.

“I think it’s rewarding to see people progress,” he said. “To get to understand someone and their life and help them make positive changes that they feel inspired to make. We are here to help people make the changes they want to make.”

Heather Sayer doesn’t think of what she does as going to work.

“This isn’t even a job,” she said. “I think it’s my first calling in life. I love watching people grow and change. And become more empowered and in control of their whole lives. Seeing that transformation in someone’s life is the most rewarding thing I could be a part of.”