-Submitted photo
Clare Lindahl became chief executive officer of the Soil and Water Conservation Society in 2017. She began her career in conservation after graduation from Iowa State University in 2007 when she became the natural resources program manager with River Action, Inc. 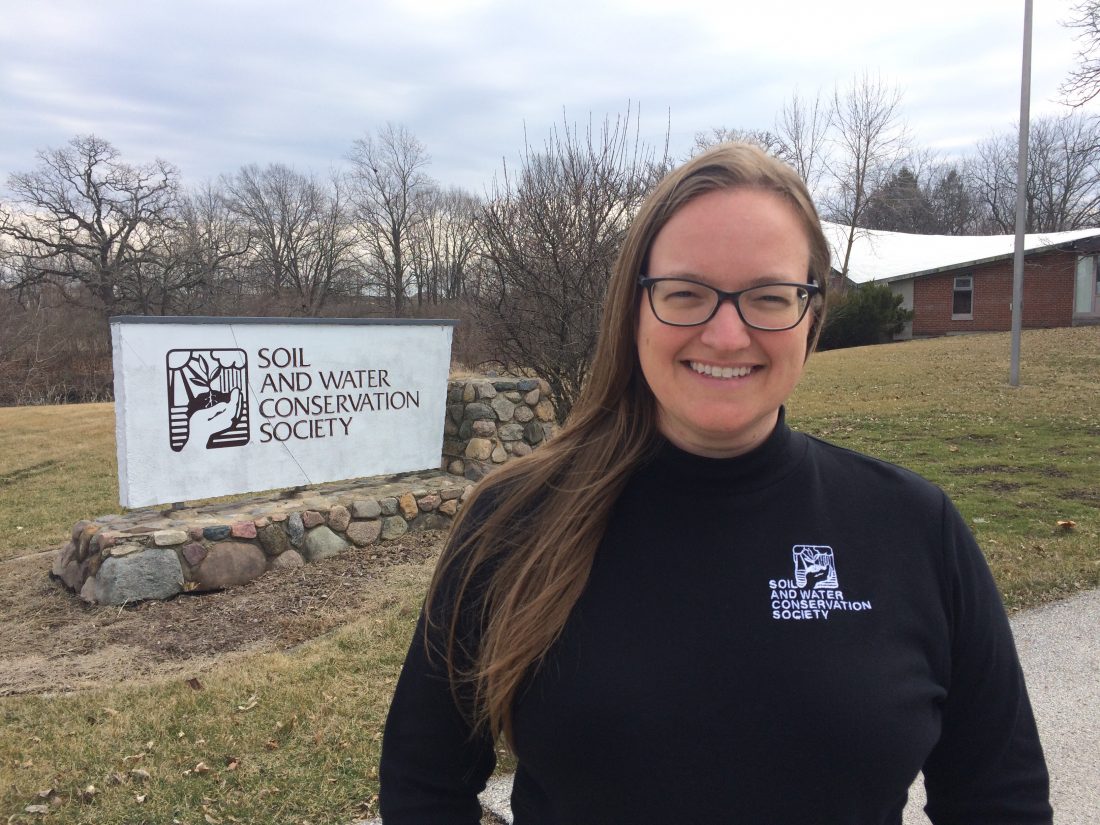 -Submitted photo
Clare Lindahl became chief executive officer of the Soil and Water Conservation Society in 2017. She began her career in conservation after graduation from Iowa State University in 2007 when she became the natural resources program manager with River Action, Inc.

ANKENY — Long before Clare Lindahl knew much about agriculture, and years before she began working with farmers and communities to improve water quality, she knew one thing — Chad Pregracke was a rock star.

“I was in community college class in the Quad Cities and was taking an environmental science class,” said Lindahl, 35, chief executive officer of the Soil and Water Conservation Society (SWCS), an international organization based in Ankeny. “Our professor showed us a video about Chad, and that’s when I pivoted.”

Like Pregracke, Lindahl had grown up along the Mississippi River, near Moline, Illinois. Also like him, Lindahl shared a concern for the environment. When he was 17, Pregracke started calling government agencies to notify them of the problem of pollution and trash in the river. Years passed, however, and the problem only worsened. At age 23, Pregracke founded Living Lands & Waters, which has been helping clean up many of American’s major rivers since 1998.

“It was exciting to me that one person who decides to get involved can make a positive difference,” said Lindahl, who is the first woman to lead the SWCS.

Learning from the ground up

After earning her degree from Iowa State University in 2007, Lindahl became the natural resources program manager with River Action, Inc., where she helped with the Quad City Watershed Plan, a bi-state conservation planning effort.

“This is where I realized the importance of water to agricultural and urban residents alike,” she said.

Those insights served her well when she began working with the Scott County Soil and Water Conservation District in Davenport. One of Lindahl’s projects focused on improving water quality in Duck Creek and other local streams that flowed into the Mississippi River.

“This 3,000-acre watershed was half rural and half urban, so making this project work meant bringing a diverse group of people together,” she said.

This experience helped prepare Lindahl for her next role as executive director for Conservation Districts of Iowa (CDI), a nonprofit organization that informs, educates and supports the 500 soil and water conservation district commissioners within the state.

“CDI started more than 75 years ago and serves all 100 conservation districts in Iowa,” she said. “Key to CDI’s mission of conserving natural resources is building rural and urban partnerships.”

Just as the roots of CDI run deep, so do the roots of SWCS, where Lindahl has served as CEO since 2017. SWCS’s history can be traced to North Carolina native Hugh Hammond Bennett, who has been called the “father of soil conservation.”

“I’m fascinated with the history of soil conservation and love the story of Hugh Hammond Bennett,” she said. “So much of moving forward is recognizing where we have been and where we come from.”

Bennett joined the U.S. Department of Agriculture in the early 1900s. By 1933, Bennett became the director of the newly formed Soil Erosion Service, which worked to combat erosion caused by dust storms by reforming farming methods. In 1941, Bennett and a small group of visionary conservationists began discussing the need for a society to support their relatively new profession of soil conservation. These meetings planted the seeds of what would become SWCS.

“Bennett had an evangelical zeal and showman’s style as he preached the gospel of soil conservation,” she said.

The first meeting of the Soil Conservation Society of America was held in Chicago in 1946. Over time, the group changed its name to the Soil and Water Conservation Society to indicate a broader mission, including water resources. The organization gained a reputation as a source of balanced, authoritative information on land and water conservation issues. Since its inception , SWCS has been located in the heart of the Corn Belt between Des Moines and Ankeny.

Today, SWCS has members and grassroots chapters in every state in the nation and and internationally, Lindahl said.,

“Our members are a mix of private and public sector professionals who help farmers understand and implement conservation practices,” she said.

Lindahl’s understanding of the SWCS’s mission, as well as her excitement for the group’s growth, make her an ideal leader, said Dale Threatt-Taylor, a SWCS board member.

“Clare will make history for the SWCS, not just by becoming the first woman to lead the organization, but by returning us to our Hugh Hammond Bennett roots of local chapter and member engagement, she said.”

Lindahl is also a strong supporter of programs like the U.S. Water Alliance’s One Water movement, which helps unite diverse interests to secure a sustainable water future, now and for future generations.

“There’s often a divide between rural and urban, and it’s not just geographic,” she said. “If there’s anything I know about divides, though, it’s that they create an opportunity for a bridge.”

This bridge needs to include farmers, agribusiness leaders, policymakers, ag commodity groups and community leaders working together to engage with local conservation groups.

“We all come from different perspectives,” Lindahl said. “We need to reach out beyond our comfort zone, be ok with some uncomfortable conservations and keep the lines of communication open.”

The key is to never stop learning, collaborating and improving, Lindahl added. “In Iowa, we are leaders in agriculture and can be leaders in conservation, too.”