Thoma is on the move

-Messenger photo by Chad Thompson
Luke Thoma, left, and his wife, Lori Thoma, sit together on a couch at Thoma Construction and Flooring, 630 Main St. 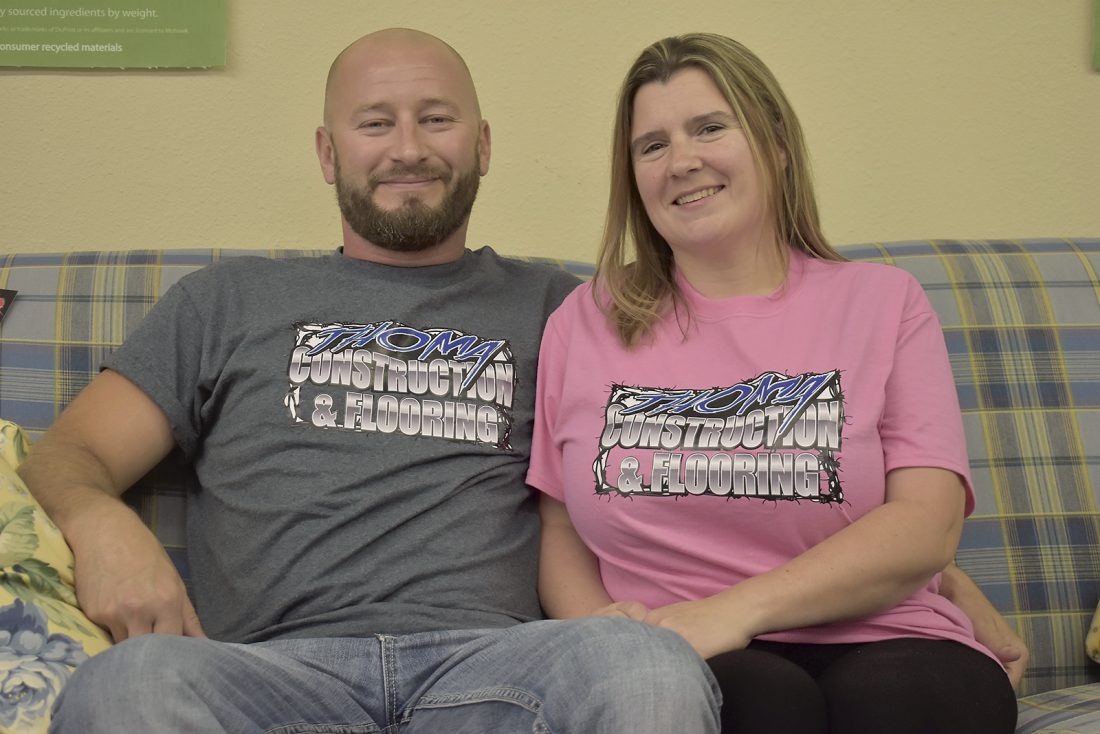 -Messenger photo by Chad Thompson
Luke Thoma, left, and his wife, Lori Thoma, sit together on a couch at Thoma Construction and Flooring, 630 Main St.

MANSON — Luke and Lori Thoma have found a new home for their ever expanding business — Thoma Construction and Flooring.

The Manson couple, married for 20 years, moved to a space in downtown Manson, 630 Main Street, during the summer.

“Everything was based out of our home,” Luke Thoma said. “I was doing work for Kim (Quade) and she said she would sell to us.”

Quade had her business, Kim’s Country Interiors, located there for several years. She had been in business in Manson for more than 20 years, according to Lori Thoma.

The Thomas took possession of the building in May, which encompasses 50 feet by 100 feet of space. 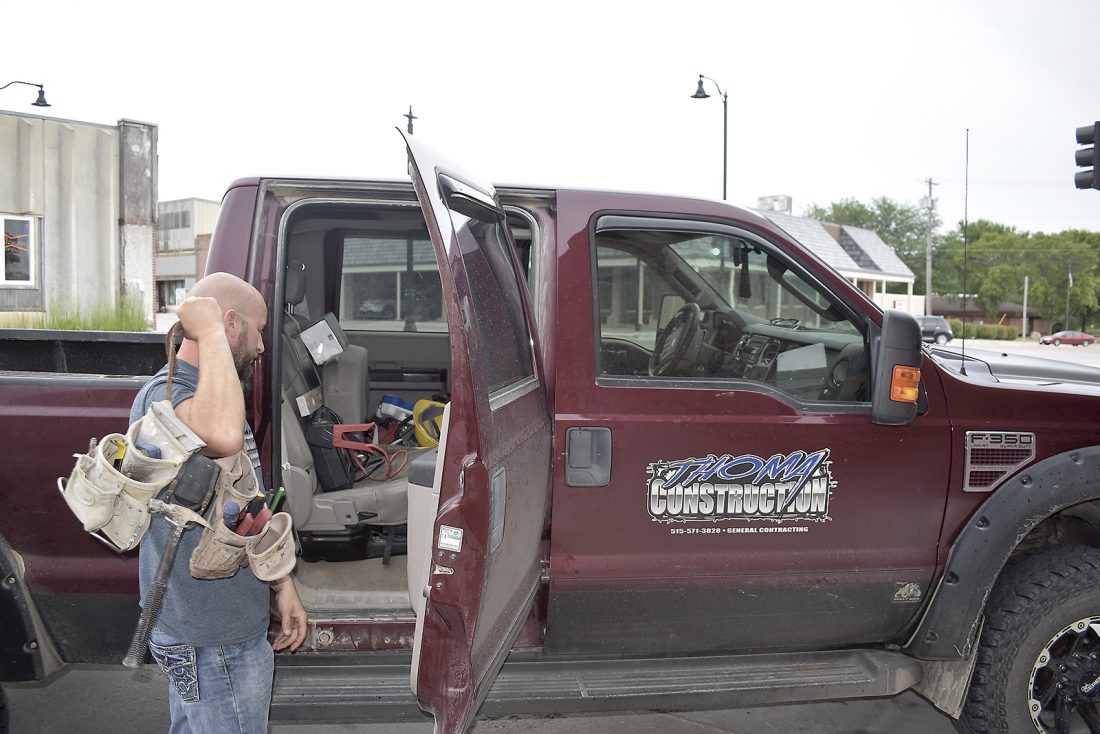 And at that time the couple entered the furniture business.

“We are getting away from couches and chairs and sticking more with mattresses, bedroom furniture and flooring,” Lori Thoma said.

“I am third generation contractor,” Luke Thoma said. “Dad and grandpa both worked construction in the Fort Dodge area.”

Luke Thoma ended up taking a break from construction in the early 2000s and took a job at Silgan Containers.

After about five years there, he decided to open his own enterprise.

“He did a lot of one person projects,” Lori Thoma said.

“We went from there to doing additions and different remodels — commercial projects,” Luke Thoma said.

In terms of flooring, Thoma has had plenty of experience.

“I’ve installed hard surfaces and tile for probably the last 20 years,” Luke Thoma said. “And then we have carpet installers that she (Quade) had before that we utilize.”

Lori Thoma has an accounting background, she said.

“When he started the business I handled all the paperwork for him and before that I was staying home with kids,” Lori Thoma said.

The Thomas have two 17-year-old twins, Daniel and Nathan. The couple has a third son named Logan, who is 9.

Luke Thoma said he’s been proud that his twin boys have been helping out the business.

“They started working for us this summer part-time,” Luke Thoma said. “Being able to teach them (has been memorable).”

Luke Thoma and Lori Thoma, who met in eighth grade in the Manson school system, have enjoyed doing business in Manson.

Lori Thoma added, “To know a lot of the people and be able to help out with community activities.”

“We demoed the old stairs out, ordered new concrete and installed the stairs,” Luke Thoma said.

Three people worked on that project.

Webster Glass installed the glass around the stairs.

Thoma also remodeled the Churdan Public Library over the winter.

When the city of Manson began its streetscape project in 2018, Thoma removed the canopies.

“That project was definitely needed,” Luke Thoma said. “It’s nice to have it done.”

On any given day, Thoma will make sure his crew has what they need in the mornings, take care of any paperwork and bid for jobs.

Lori Thoma manages the store and addresses customer needs for flooring and furniture.

“They will call and ask if we want to bid on certain projects,” Luke Thoma said.

Thoma’s biggest challenges are finding qualified help and bidding on jobs, according to Luke Thoma.

But he enjoys the process.

“I like being able to have something you can start and finish and have something to show when you finish,” Luke Thoma said. “We are constantly doing different things. That sense of accomplishment when you are done.”

Luke Thoma said he plans to remodel the storefront at some point with the potential of adding some offices inside with workspace in the basement.