-Messenger photo by Chad Thompson
Chris Staley, general manager at Optic Ink, looks on as a collection of shirts waiting to be printed are arranged on a countertop. 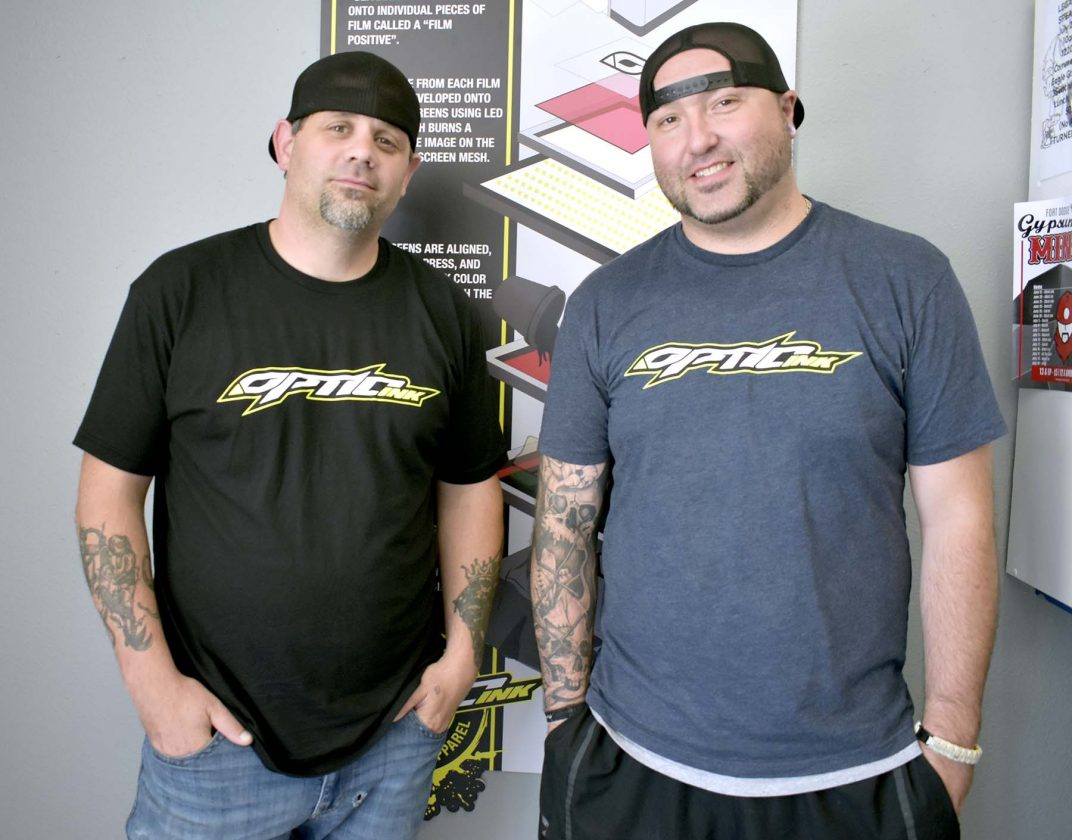 Chris Staley, of Webster City, has always had a love for design.

“I have been doing something in the art field my whole life,” Staley said. “I have been drawing since I could pick up a pencil.”

He added, “I literally took every art class available through school.”

And through Optic Ink, a screen printing business located in downtown Fort Dodge, Staley has been able to put his artistic skills to work.

Whether Staley creates a design for customers or if they already have one in mind they want to use, his goal is to help provide them with apparel that satisfies. 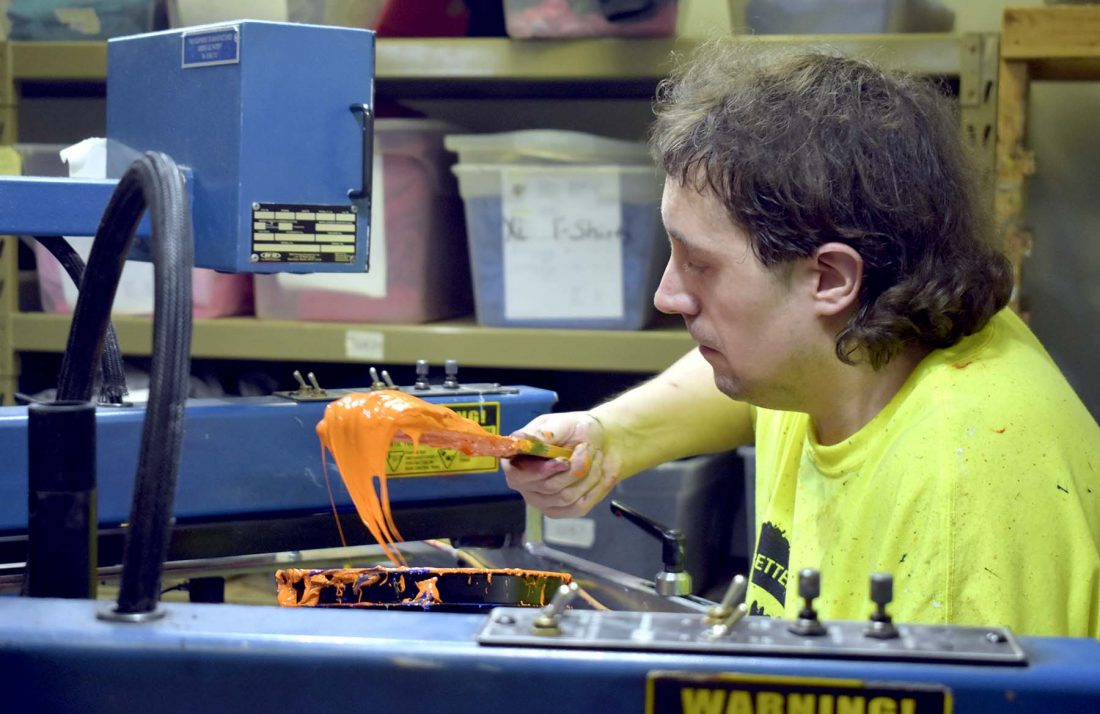 “Sometimes the customer already has an idea and we can replicate that or we can create something from scratch too,” he said. “We get a good mixture of both.”

“”We do embroidery on hats,” Staley said. “We have printed on shirts, bandanas, aprons, tote bags. We print on towels.”

Staley started Optic Ink out of his house in Webster City about a year ago, he said.

“I was kind of doing it as as side hobby,” he said. 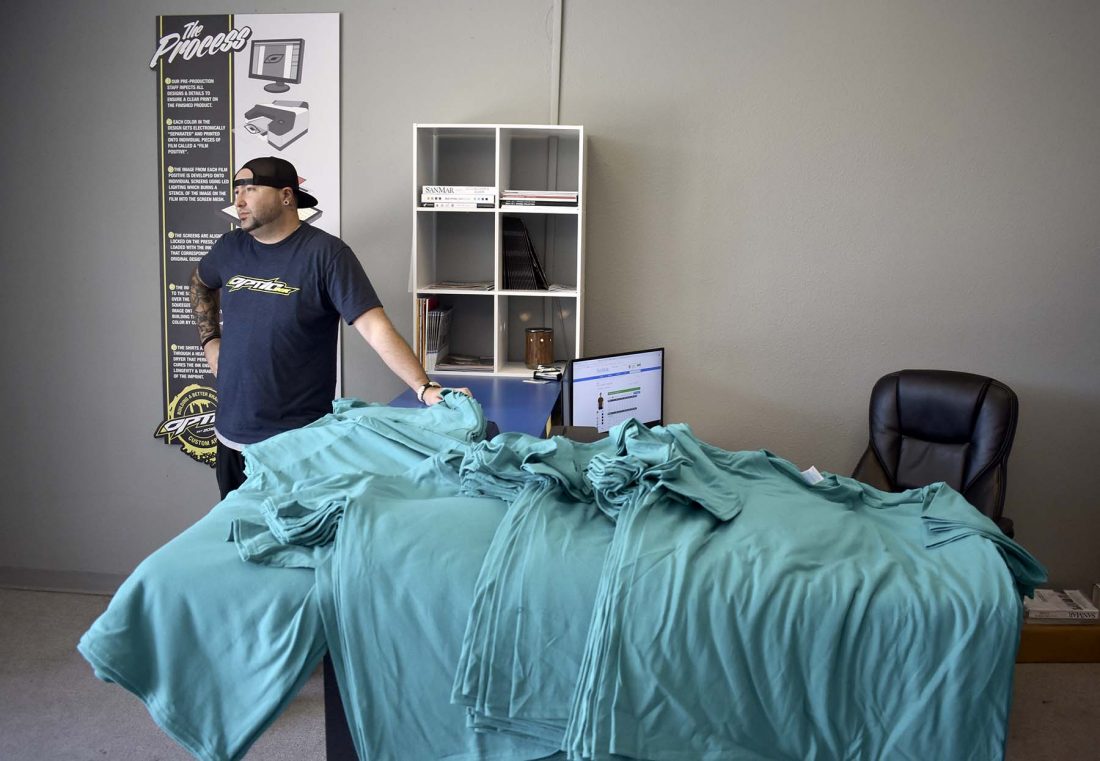 -Messenger photo by Chad Thompson
Chris Staley, general manager at Optic Ink, looks on as a collection of shirts waiting to be printed are arranged on a countertop.

Prior to that Staley worked as a screen printer for Decker Sports for about eight years. He also worked at Double M for a time.

“I eventually started my own thing with Optic Ink and was helping out a buddy of mine in Carroll at Outlaw Graphics,” Staley said.

Then a few months ago, Josh Mason, owner at Active Health Chiropractic, approached Staley about a business opportunity.

“Splash Graphics came up for sale and we decided on purchasing it and converting it to Optic Ink,” Staley said.

Staley is the general manager of Optic Ink. Tim Mapel is the store’s office manager.

“I suggested to bring Tim over,” Staley said. “We have worked together in the past.”

Mapel and Staley stay busy organizing the next orders.

Including Mapel and Staley, four people work at Optic Ink.

The location has been beneficial to the business, Staley said.

He added, “So far Fort Dodge has received us pretty well. Tim and I have both worked here for a while. I have worked here in Fort Dodge for 13 years and we both have built up some clientele that we take with us wherever we go. So far the reception has been really good with us coming together doing Optic Ink. We have had nothing but people embrace this whole deal, so it’s been pretty good.”

Gross sales for the first month of business were $50,000, Staley reported.

Staley said it typically takes about a week to a week-and-a-half to produce an order.

One of Staley’s specializations is racing-themed apparel.

“That’s my niche,” he said. “My design style kind of leads toward that stuff, but I pride myself in being pretty diverse.”

Staley said he has been a fan of racing since he was a kid.

“Growing up in Webster City, my dad and I went to the Hamilton County Speedway a lot,” he said. “It’s always piqued my interest. That style of art has always attracted me.”

If business continues to goes well, Staley said the plan is to branch out to signage.