The Grub Hub stays on the move, feeding customers in FD area

-Messenger photo by Chad Thompson
Justin Ure, lead cook at The Grub Hub, left, and Brandon Farrand, part owner, get to work in the kitchen of the food truck at the Webster County Fairgrounds. 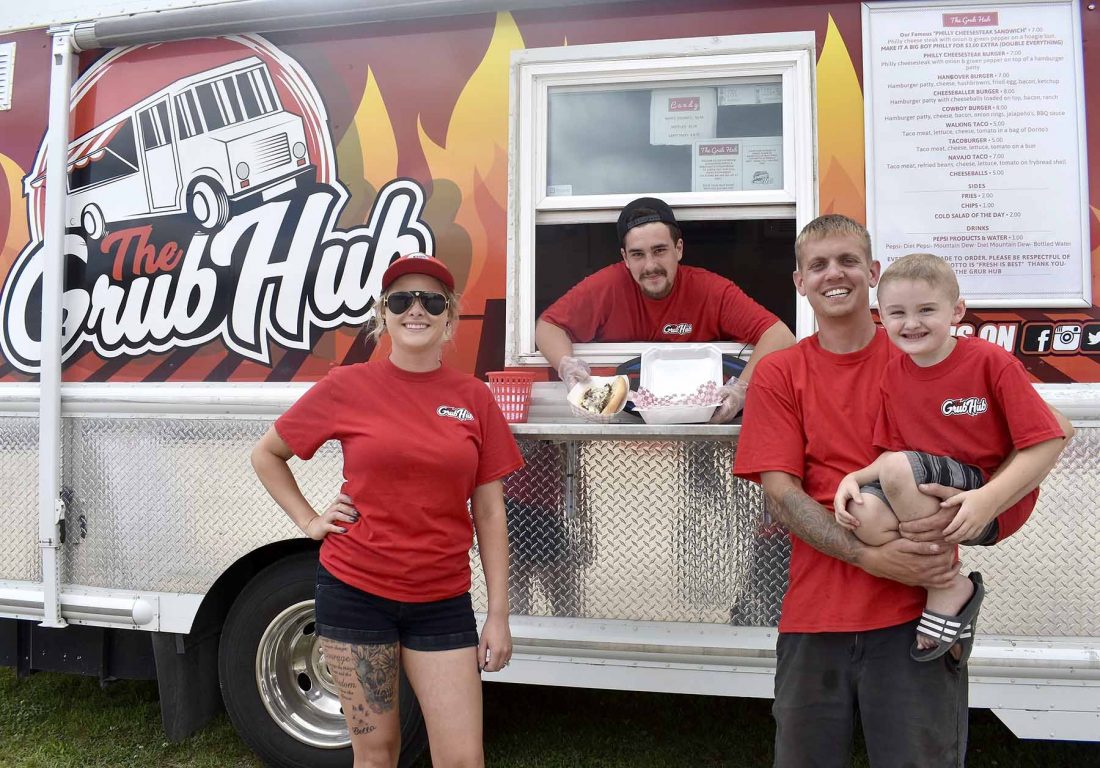 It’s common for some workers in the Fort Dodge area get about 30 minutes for a lunch break, according to Brandon Farrand, part owner of The Grub Hub.

And Farrand, who knows firsthand, said oftentimes those workers don’t have that many different food options available to them.

“I worked at a factory for four years with a 30-minute lunch break,” Farrand, of Fort Dodge, said. “We had a gas station and a McDonald’s to eat at.”

Farrand said because of those limited options, the idea of The Grub Hub food truck was born. 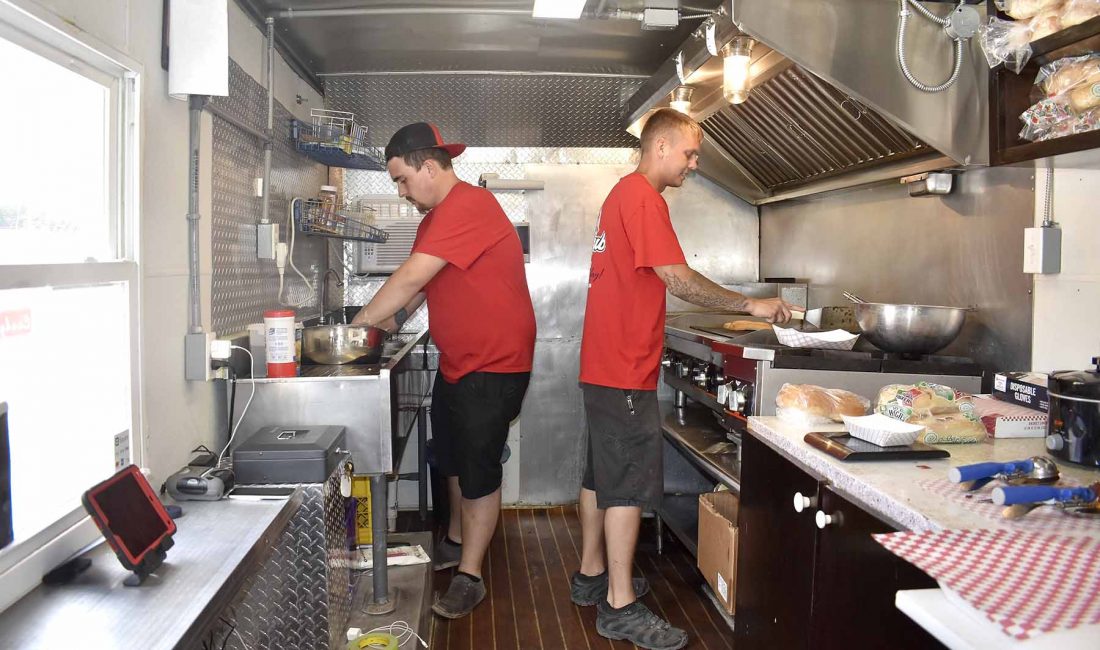 -Messenger photo by Chad Thompson
Justin Ure, lead cook at The Grub Hub, left, and Brandon Farrand, part owner, get to work in the kitchen of the food truck at the Webster County Fairgrounds.

That was about four years ago.

“My dad used to work in Ames doing construction,” Farrand said. “There was more food trucks down there and the idea was that we could bring that to Fort Dodge.”

Ultimately, Farrand and his fiancee, Haley Howell, also of Fort Dodge, took ownership of the truck and have operated the business since May 2016.

“Since day one, we have been in this together,” Farrand said.

And for the most part, business has gone well.

“We are busy,” Howell said.

Farrand said in the beginning there was a “learning curve” to running the food truck.

“We started by doing normal roadside to get the feel of it and our name out there,” he said. “We started out with no fried food.”

At that time, the Philly Cheesesteak was the top seller and still remains a favorite, according to Farrand.

The newest item on the menu is the Navajo Taco. That includes ground beef, refried beans, lettuce, tomatoes, and sour cream on fry bread.

“That was Haley’s idea,” Farrand said. “It has all your taco goodies on there.”

The burgers are another go-to item for customers.

“We have a few different burgers that have fried eggs or hash browns on them,” Farrand said.

Justin Ure, a Paton native, is the lead cook for The Grub Hub. He was hired two years ago.

“I have been cooking since I could hold a job at 16,” Ure said. “This is a very people person kind of job.”

Ure graduated from Southeast Valley High School in Gowrie in 2015.

Ure was introduced to Howell through a mutual friend, he said.

“Ever since then we just hit it off,” Ure said.

Farrand said owning a food truck has its advantages and disadvantages.

“With food trucks, you are limited to your menu items,” he said. “You don’t have as much space, so you have to narrow it down.”

But a small menu can be a plus, he said.

“The quality stays top notch when you don’t have a million things,” he said. “Everything we make here is fresh. If you get a burger out of here it’s not under a lamp. You order it, we cook it.”

The Grub Hub has made appearances at multiple local events and businesses, according to Howell.

“We have been at Koch Nitrogen, out at CJ Bio (America), the fair, we do Market on Central, Dayton Rodeo, Badgerfest,” she said. “Anything local we can do.”

“We served Woodruff (Construction), while they were building the MidAmerican,” Farrand recalled. “We served about 200 people.”

Farrand said if they sold out of everything on the truck, they could probably serve about 400 people.

He said it’s fun to be able to serve at a variety of different venues.

“You never know what the next job will be,” he said. “We do music festivals. We’ve fed the people that are playing — you just never know. You basically have VIP access to every event.”

When there’s not an event on the schedule, The Grub Hub typically sets up along Fifth Avenue South.

Farrand said the company is licensed in all 99 counties, but typically stays in the Fort Dodge region.

“We are local,” he said. “We buy our stuff local and do as much local as we can.”

“We might be doing something with an expansion,” he said. “That is in the works right now. We have a lot of double events. For example, we have two things on Labor Day. It’s hard for us to be two places at once, so we are thinking of doing a stand as well.”

The Grub Hub will be at the Webster County Fair today.