-Messenger graphic
An intermodal hub that would be a part of the Warden project could bring a consolidation of travel to downtown Fort Dodge. 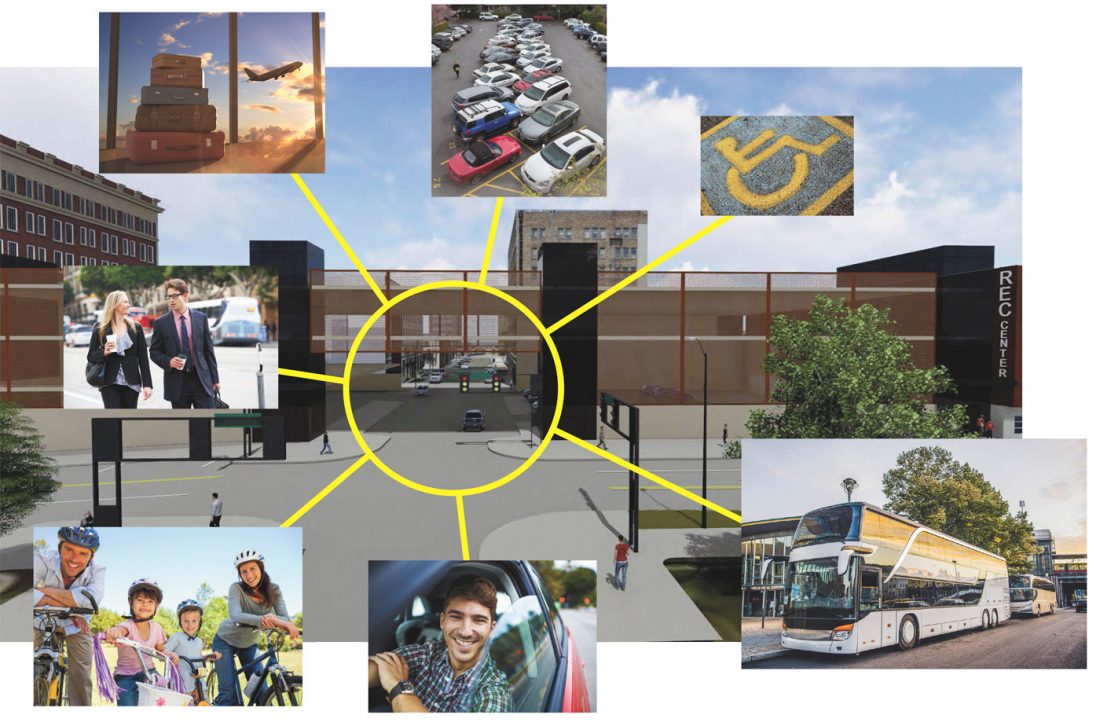 -Messenger graphic
An intermodal hub that would be a part of the Warden project could bring a consolidation of travel to downtown Fort Dodge.

A parking ramp with additional transportation features called an intermodal hub may someday link a rejuvenated Warden Plaza and a new cultural and wellness center in downtown Fort Dodge.

City officials will learn this summer if a $5.9 million federal grant will be awarded to help pay for its construction along First Avenue South.

Once completed, the presence of the intermodal hub would make it possible for someone to drive to downtown Fort Dodge, park in a covered space and get on a bus to either go to work or start the first leg of a crosscountry trip.

People could also walk in and rent a bike for a leisurely ride around downtown.

From the outside, it would look like a pretty standard parking ramp. But because the facility would offer connections between different forms of transportation, city officials are calling it an intermodal hub.

“What we wanted to do was create a very versatile feature,” Mayor Matt Bemrich said when the intermodal hub concept was introduced in October 2018.

“I definitely think it enhances multiple transportation options,” he added. “For a rural Iowa community of our size, it shows the importance of multiple forms of transportation. I believe one of the plans is to establish a bus service where you could park there and get on a bus to go to Iowa’s Crossroads of Global Innovation, Prestage Foods and other employers that may be seeking employees.”

The intermodal hub is intended to:

• Mitigate part of the parking shortage in downtown

• Provide parking for the new cultural and recreation center

• Provide parking for the nearby Carver Building

South 10th Street just north of First Avenue South would remain open to traffic, with a portion of the intermodal hub crossing above it.

As first proposed, the hub would have parking spaces for about 500 vehicles.

However, after the city failed to win a $7.63 million federal Better Utilizing Investment to Leverage Development (BUILD) grant last year, officials are now planning a small version which could be expanded.

The $5.9 million grant now being sought is also from the BUILD program.