-Messenger photo by Hans Madsen Heartland Bank President/CEO Kevin Black, at left, along with Ashley Hanson, loan administrative clerk, stand at the pod used by bank employees to help customers as they walk into the newly built building. 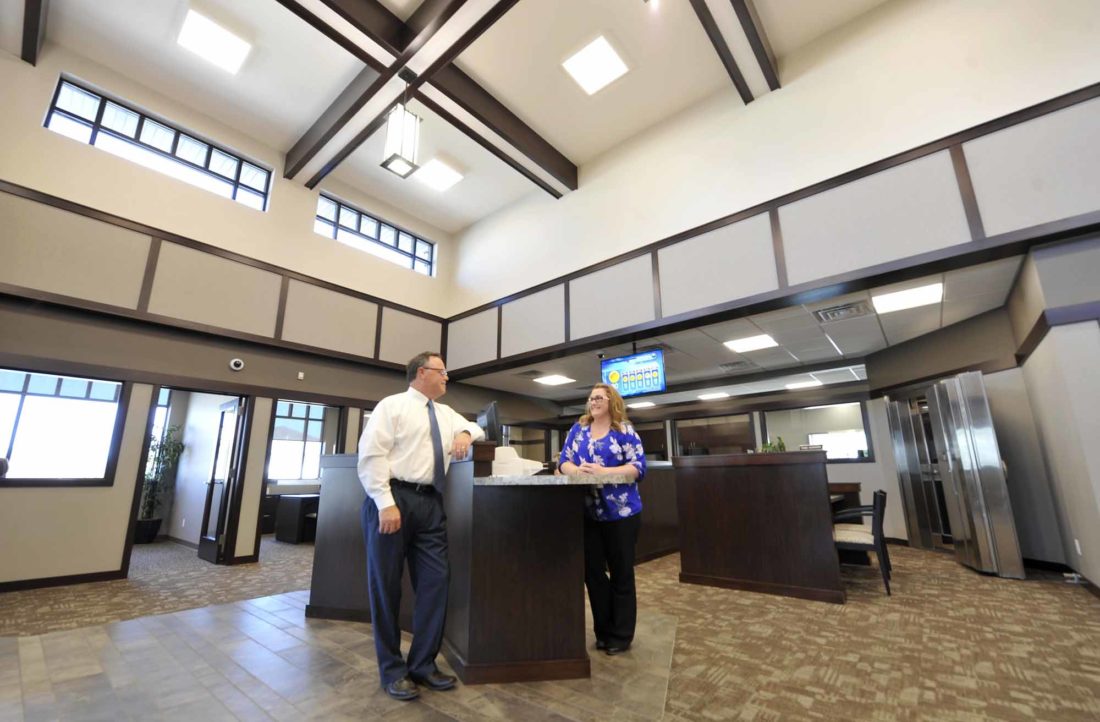 -Messenger photo by Hans Madsen Heartland Bank President/CEO Kevin Black, at left, along with Ashley Hanson, loan administrative clerk, stand at the pod used by bank employees to help customers as they walk into the newly built building.

GOWRIE — Heartland Bank has a new home in Gowrie.

On June 26, customers were welcomed to the bank’s brand-new building at 1201 Market St. This location is about a block and a half from its longtime previous venue. The new facility has been under construction since groundbreaking took place in June 2016.

“It was totally new construction,” Kevin Black, bank president and chief executive officer, said. “The building we came out of was built in 1910. We felt it was time to do an upgrade. We wanted to upgrade the facility to have better surroundings and more room, of course. It also allows us to offer more convenient services. We now have a drive-through, an ATM and a drive-up night deposit.”

He said he and the other members of the Heartland team are delighted with their new place of business.

“The facility turned out really well,” Black said. “It is a single floor. It has an atrium with a 19- or 20-foot ceiling on the main lobby area. It’s quite a change. We are pretty proud of it. That’s for sure.” 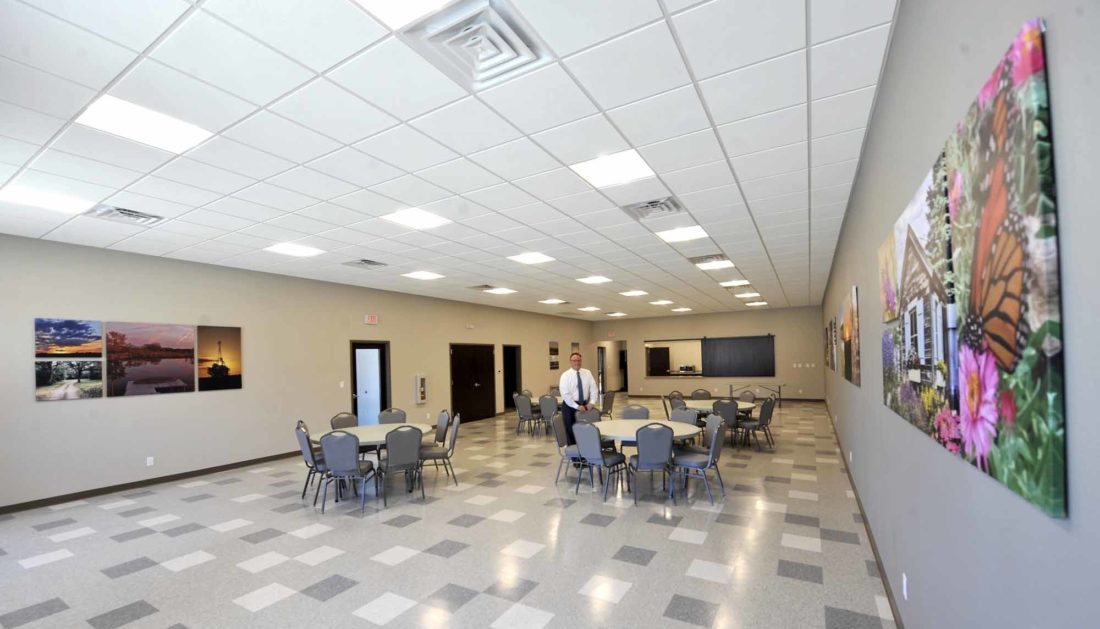 “The building is about 6,600 square feet,” Black said. “Part of that, a little over 2,100 square feet, is a community room available to the residents of Gowrie.”

He said the decision to spend the resources required for the new banking facility and to include a community room in the plans for the building both reflect the Heartland Bank’s commitment to Gowrie.

“It is a major investment for the community by the bank. It’s not cheap to build anymore,” Black said. “The community has served us pretty well over the years. Having a community room was a significant expense. We felt the town needed it. We hope it is going to get used. We’re looking forward to opening that up to the community. There was no good gathering place before this.”

A grand opening for the new Heartland Bank in Gowrie is planned for Sept. 8.

“The details are still being worked out,” Black said. “Hopefully, it’s going to be a big celebration.”

Heartland Bank was chartered in 1901 in Somers. It has outlets in Callender, Gowrie, Manson and Somers, all of which are full-service banks. It has 23 employees.

“We’re a community bank,” Black said. “We’re about $138 million in assets. The same family has owned it since its inception in 1901. We’re going on our 117th year. It’s almost the fifth generation of the family — the C.J. McConnell family. We’re able to make those local decisions. We can make them quickly. We’ve got a terrific lending team.”

The bank has a multifaceted business agenda.

“Our concentration is pretty much ag, but we made a concerted effort to diversify more into the commercial market over the last five years,” Black said. “We are trying to get that even mix of ag and commercial.”

He said accounts of individuals and families are also a big part of the bank’s business.

According to Black, customers of Heartland Bank have available to them services that are competitive — or superior — to those at larger financial institutions.

“Technology allows us to basically offer the same things that the megabanks and the larger retail banks can offer,” he said. “We have online banking. We have remote deposit. We have mobile deposit. We feel we have the same technology that all the larger institutions have. We also think that we can deliver in a quicker manner and be more responsive with better customer service.”

Looking to the future, Black said Heartland Bank is bullish about its prospects.

“We always strive for growth,” he said. “We feel to stay competitive we’ve got to have growth. We’ve had good growth over the last several years, which we are proud of. Our primary objective is to continue to grow.”

According to Black, the communities and rural areas Heartland Bank serves are doing well economically.

“We’ve seen really good growth in our markets,” he said. “The last five or 10 years, we’ve seen some pretty good growth. They are good markets. We’re not robust, but we are holding our own in these small towns.” 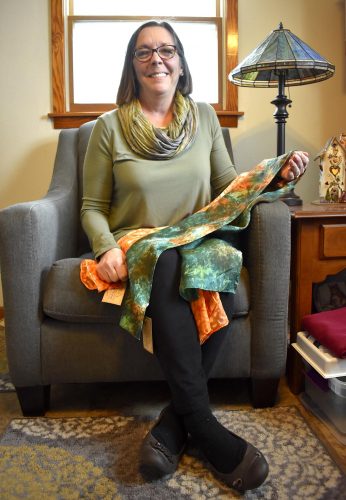