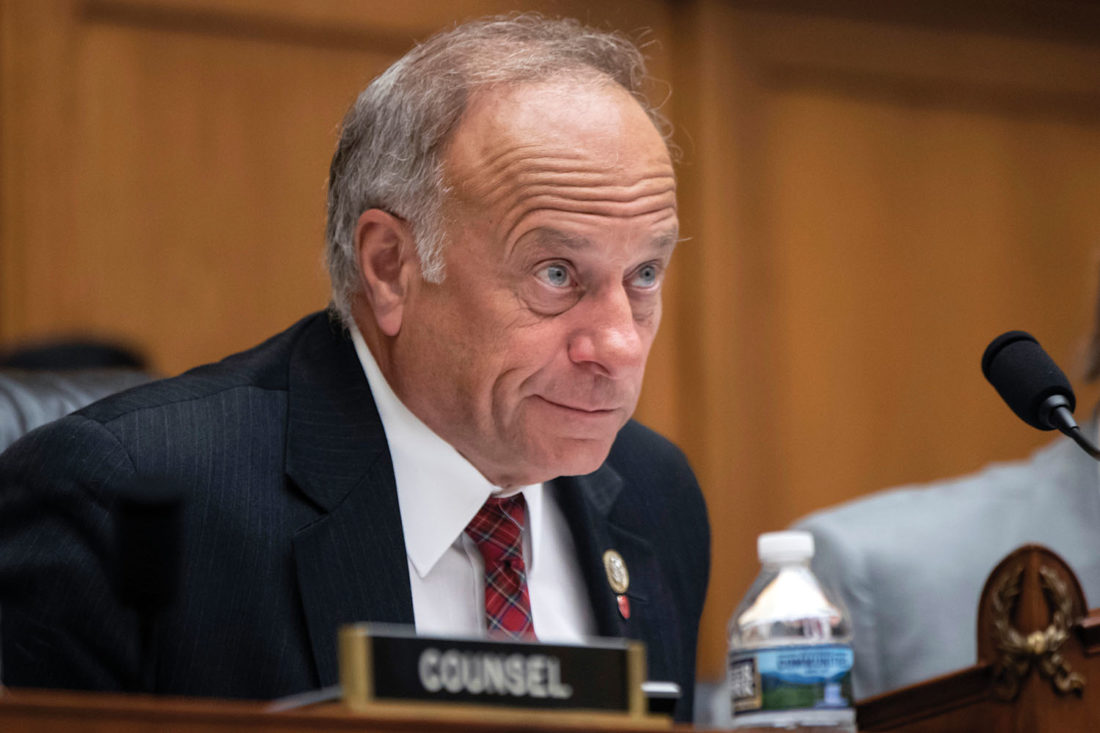 U.S. Rep. Steve King, R-Iowa, is pictured at a hearing on Capitol Hill in Washington in June 2018

WASHINGTON — House Republicans on Thursday criticized a fellow GOP lawmaker for making what they said were “racist” comments.

The comment drew a denunciation from members of House Republican leadership.

Wyoming Rep. Liz Cheney, the No. 3 Republican, said King’s remarks were “abhorrent and racist and should have no place in our national discourse.”

Another Republican, Rep. Justin Amash of Michigan, tweeted, “This is an embrace of racism, and it has no place in Congress or anywhere.”

King later issued a statement saying he is neither a white nationalist nor a white supremacist.

“I reject those labels and the evil ideology that they define. Further, I condemn anyone that supports this evil and bigoted ideology which saw in its ultimate expression the systematic murder of 6 million innocent Jewish lives,” he said. “Under any fair political definition, I am simply a Nationalist.”

Rep. Steve Scalise of Louisiana, the No. 2 House Republican, also weighed in.

“It’s offensive to try to legitimize those terms. I think it’s important that he rejected that kind of evil, because that’s what it is, it’s evil ideology,” he said.

In 2014, Scalise apologized after he was found to have addressed a white supremacist group in 2002 founded by former Ku Klux Klan leader David Duke. Scalise said he didn’t know of the group’s racial views.

“We can’t restore our civilization with somebody else’s babies,” he tweeted in 2017. Then he doubled down on CNN, telling the network, “I’d like to see an America that’s just so homogeneous that we look a lot the same.”

King’s standing in the Republican Party was imperiled even before his latest remarks. Just ahead of last year’s midterm elections, the chairman of the House GOP’s campaign arm issued an extraordinary public denunciation of him.

“Congressman Steve King’s recent comments, actions, and retweets are completely inappropriate,” tweeted Ohio Rep. Steve Stivers, then the chairman of the National Republican Campaign Committee. “We must stand up against white supremacy and hate in all forms, and I strongly condemn this behavior.”

Despite the criticism, King narrowly won re-election in November. But he’s already facing a challenge from within his own party in the next election.

Randy Feenstra, a Republican state senator, announced Wednesday that he plans to run against King in 2020. King has represented the district since 2013.

CEDAR RAPIDS (AP) — A Cedar Rapids man has been accused of producing child pornography and threatening to ...

WATERLOO (AP) — More than 200 people filled an amphitheater in Waterloo to draw attention to missing persons ...