Company is growing fast as its industry thrives

-Messenger photo by Hans Madsen
Misty Harbor Boats employee Greg Cobb works on installing gauges and switches in the console of a pontoon boat that’s almost ready to shipment to one of their dealerships.

-Messenger photo by Hans Madsen
Misty Harbor Boats worker Michael Gerdes uses a torch to seal the wrap around a completed pontoon boat before it’s shipped off to one of the company’s dealers. 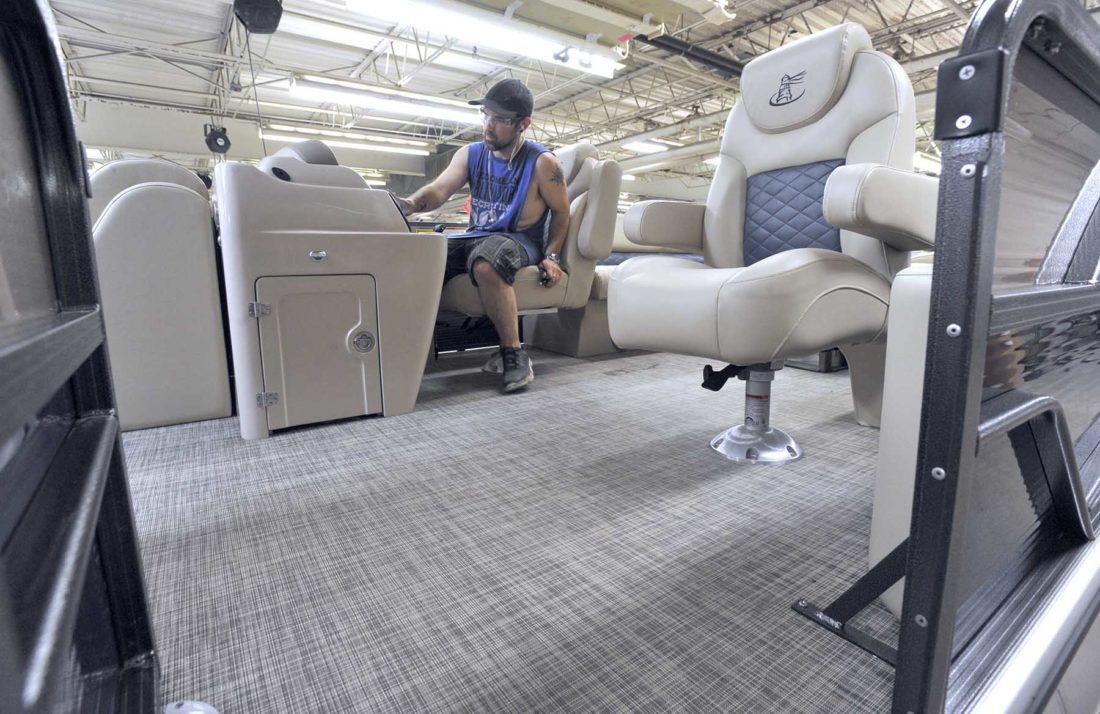 -Messenger photo by Hans Madsen
Misty Harbor Boats employee Greg Cobb works on installing gauges and switches in the console of a pontoon boat that’s almost ready to shipment to one of their dealerships.

The company he co-owns with Tom Christy, vice president, and George Thomas, an Elkhart, Indiana, entrepreneur, is expanding fast and poised to continue doing so in 2018 and beyond.

Misty Harbor builds pontoon boats. It was founded in Humboldt in 1989 and was owned for many years by Dave and Lisa Wilson. The company relocated to Fort Dodge in 1993. Christy, Jergens and Thomas formed The Marine Group LLC and purchased the thriving enterprise in January 2017. 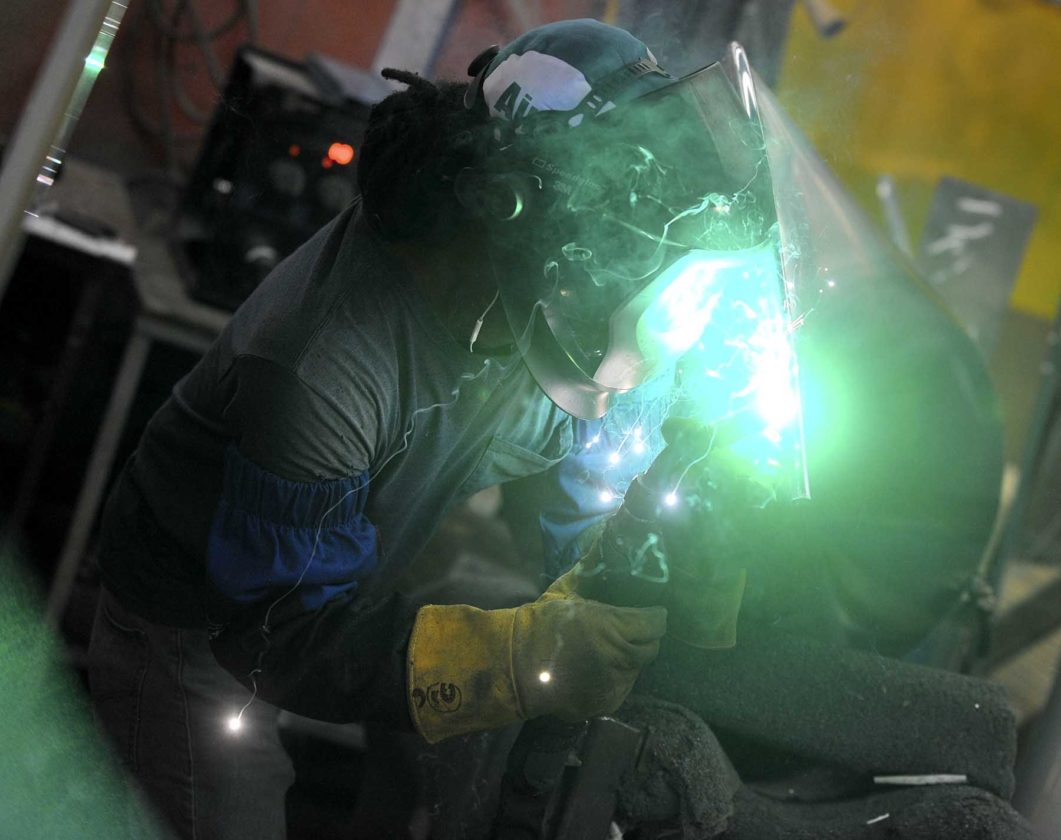 “One of the things that’s unique about us is we do offer a broad range of products,” Christy said. “From a 14-foot-long, 7-foot-wide pontoon up to a 26-foot-long, 8 1/2-foot-wide product. We focus really everywhere from an entry-level boat to your value boat to your premium and luxury boat. … You are talking about a package that may be as little as $15,000 to $17,000 up to our highest-end that probably retails at around $90,000.”

Business is booming as the strong American economy is stimulating increased consumer interest in boat ownership.

“No. 1, the industry is very good,” Jergens said. “Lucky for us, people are interested in this product. Through our dealers people are buying lots or boats, which means lots of demand for us.”

In its early years, Misty Harbor primarily sold its products in the Midwest. 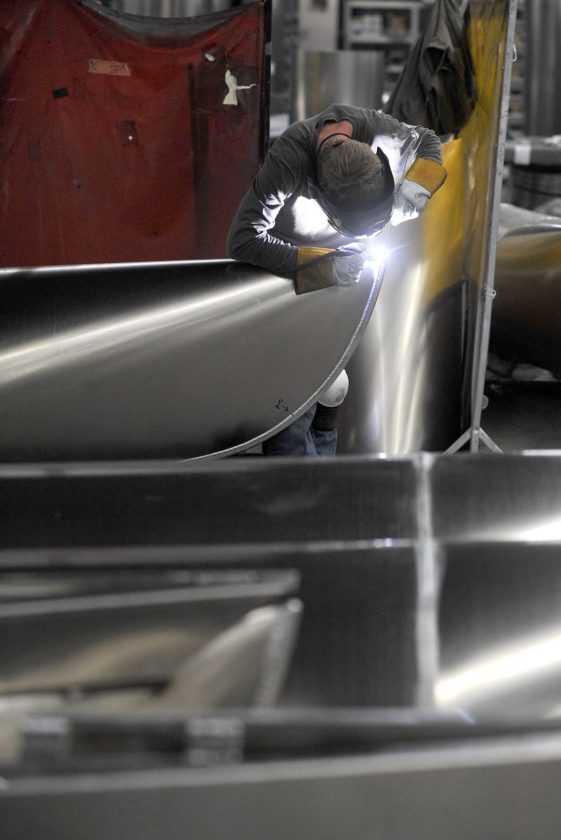 Those days are over.

“Our dealers are throughout the United States and Canada,” Christy said. “We distribute internationally to Australia and China. The total network is about 120 dealers. In the Misty Harbor network we added 18 dealers for the 2018 model year.”

The historic Midwestern marketplace for Misty Harbor remains vibrant but just part of the story.

“Our deeper roots are is in Minnesota and Wisconsin,” Christy said. “It’s still our most mature area in terms of market and market share. Minneapolis and Detroit are two major pontoon markets. Michigan, Minnesota, Wisconsin and then Texas and Florida those are our key markets.” 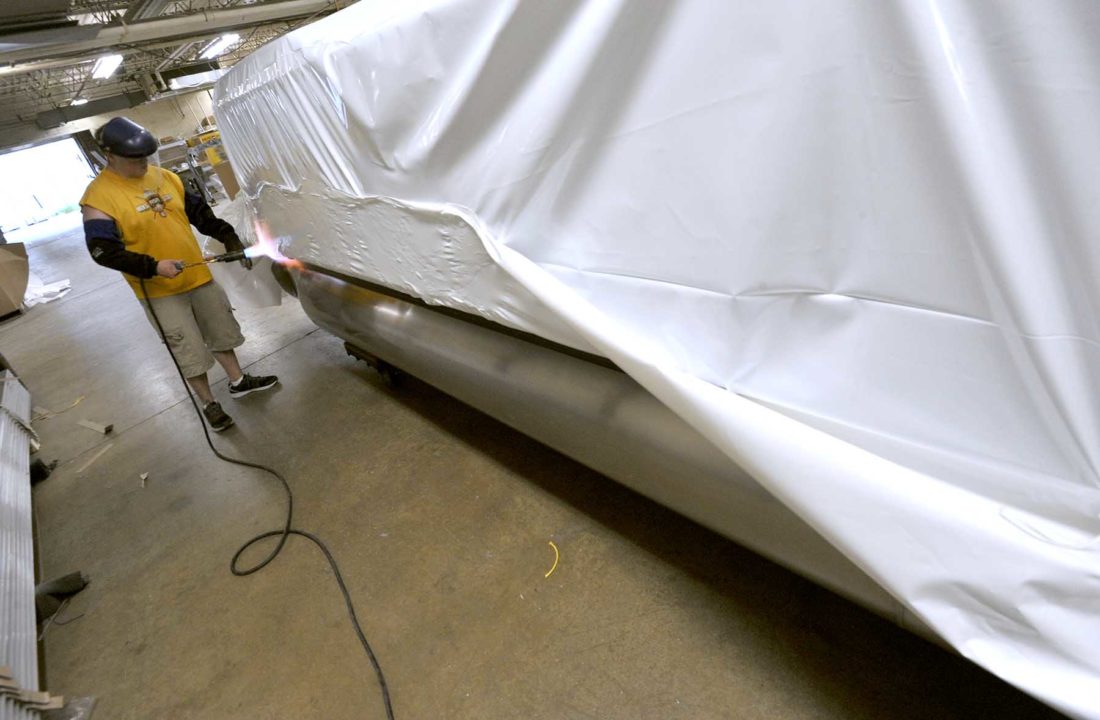 -Messenger photo by Hans Madsen
Misty Harbor Boats worker Michael Gerdes uses a torch to seal the wrap around a completed pontoon boat before it’s shipped off to one of the company’s dealers.

The range of pontoon boat options the company offers is extensive. It includes 50 different models spread across four product series. The boats range from 14 to 26 feet in length.

“Pontoons have gone from two tubes, 40-horse- power motors putting around a lake or pond versus now we build boats that go 60 miles an hour with three tubes and put 14 people in it comfortably and can be more versatile at a better value,” Christy said. “We are not only growing because the overall boating demand is growing, but in the boating industry itself the pontoon segment is consuming portions of those other segments.”

More people are finding that a pontoon boat is an ideal fit for their recreational tastes. Misty Harbor is responding aggressively to that burgeoning demand for the product it manufactures.

Its Kenyon Road West plant has grown to a massive facility encompassing over 100,000 square feet. A second location elsewhere in Fort Dodge adds about 20,000 square feet of work space. After an absence of more than two decades, Misty Harbor is also once again manufacturing pontoons in the community where the business was launched – Humboldt.

“Last December, we moved in to what was the old Dodgen facility in Humboldt,” Jergens said.

The company’s growth has created a large increase in its workforce.

Jergens emphasized just how swift that expansion has been.

“We expect to continue to grow by as much as 40 percent,” Jergens said.

The tight labor market has been a challenge for many Iowa employers, including Misty Harbor.

“With the growth comes the need to get people,” Jergens said. “We’re dealing with a good unemployment rate. We’re no different than any other business, I think, finding good people is a challenge.”

The rapid addition of workers has also meant training new team members has been a major focus.

“What we do is very unique,” Jergens said. “There’s lots to learn. It’s on-the-line training. New employees are paired with somebody as a trainer. They walk them through it. It’s not a quick learning process.”

The strong national economy is also putting pressure on some of Misty Harbor’s suppliers to find enough workers to supply the materials and other components needed to manufacture more boats.

“Because of the industry growth, the people we buy those materials from are under great demand,” Jergens said. “It’s been a struggle. … We haven’t always been able to get what we wanted when we wanted it.”

Jergens and Christy both said they believe that the way Misty Harbor does business has been one of the reasons it is gaining market share so rapidly.

“What we try to do is run this like a family-owned business,” Jergens said. “A lot of the competition has grown into more of a corporate structure. Our dealers will tell you that they can get on the phone and talk to Tom and I with ease. We strive to get back to our consumers and dealers quickly and always try to be fair and reasonable.”

A commitment to be flexible is also part of the business game plan.

“We’re pretty liberal in terms of custom boats,” Christy said. “So, if somebody likes a particular layout but would like to change a couple things we really have a process where we let them do that.”

Emphasizing both value and product quality have also been longtime priorities at Misty Harbor, the owners said.

“We build at a value but at high quality,” Christy said. “We don’t cut corners on how we construct the product. We offer a five-year warranty with an extended-warranty option up to 10-year warranty. We have a lifetime warranty on the pontoon welds and the structure itself. We stand behind the products. Boats are a product that we expect somebody to be able to buy and have for a very long time and enjoy.”

Both Jergens and Christy said they are leading a business they enjoy running.

“I always tell people one of the things I love the most is I get to build a product that people save their money to enjoy,” Jergens said. “They are working five days a week to make money so they can go out on one of these things on the weekend. … We build something that makes their life more fun. You can build lots of things that people need. It’s rewarding to build the fun stuff. … It’s about boating. It’s about enjoyment. It’s about sunny days. That’s sort of around you all the time. That’s always been appealing.”

The year ahead promises to be an exciting one at Misty Harbor. With the 2019 model year, the company will celebrate its 30th anniversary. 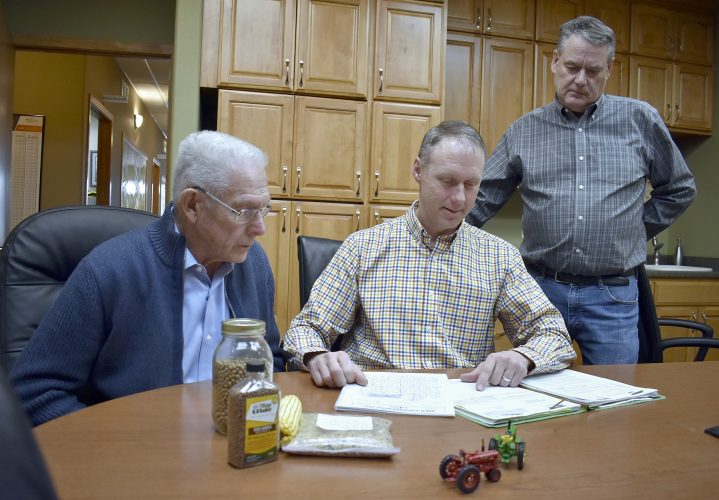 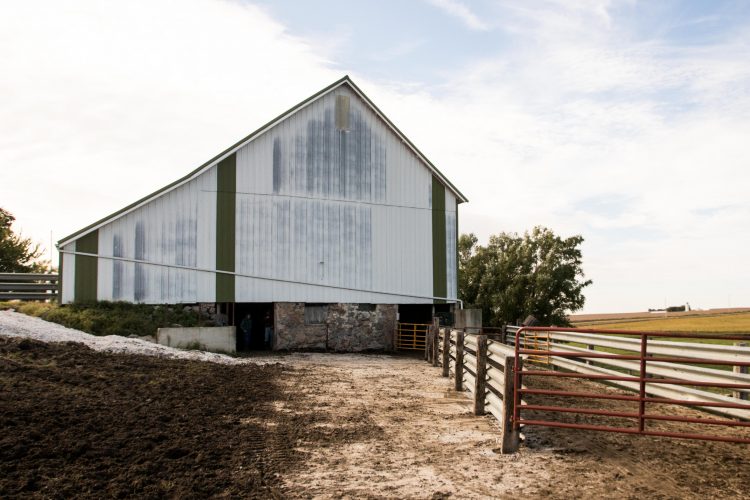 Named to Students in the Arts