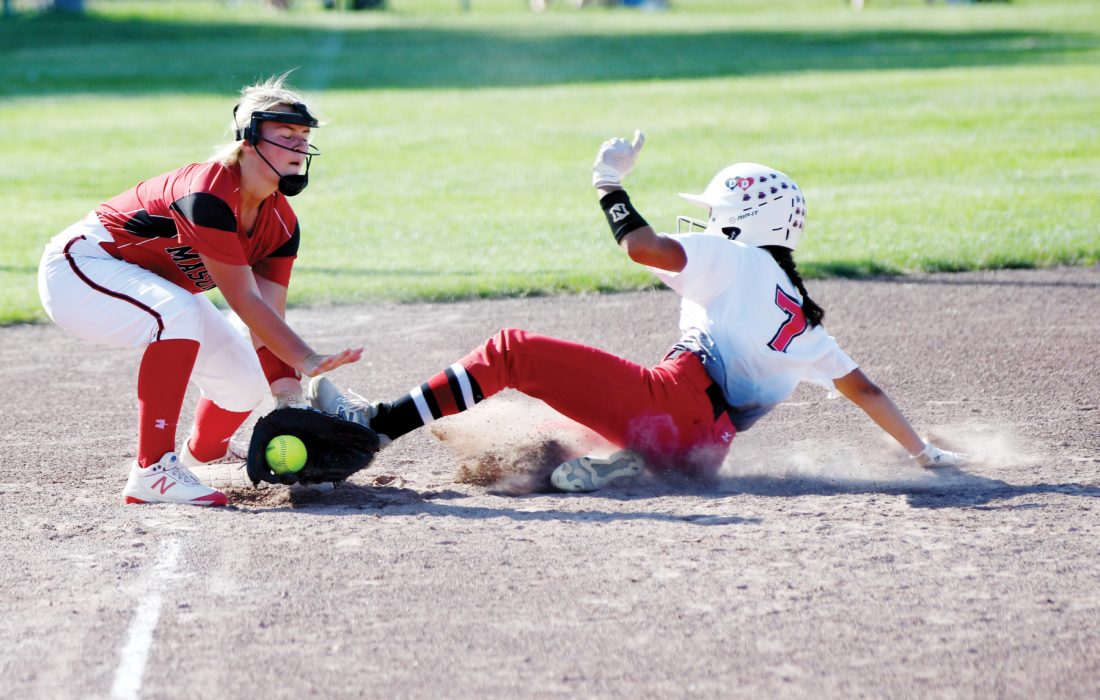 The runs and mercy-rule victories continue to pile up for the top-ranked (Class 5A) Fort Dodge softball team.

Head coach Andi Adams’ job is to make sure the Dodgers don’t become complacent in their dominance.

FDSH put the hurt on rival Mason City at Rogers Park on Wednesday, cruising by final scores of 11-1 in five innings and 13-3 in six. The Dodgers (23-3 overall) have reeled off nine consecutive wins, including six in a row that have ended early. Adams’ squad has out-scored its opponents by a combined 103 runs to 6 during their recent surge.

“Don’t get me wrong: I’m seeing a lot of great things,” Adams said. “The bottom of our order is really producing, which is what we need. Haley Wills pitched a phenomenal game (in the nightcap). She was locked in.

“It’s our responsibility as coaches, though, to see the things that are slipping through the cracks. Because it’s easy to get away with mistakes when you’re up big, which we have been a lot lately. It doesn’t cost us the way it would in a close game. We can’t just think it’s not a big deal — down the road, it will be.”

There were defensive lapses. Baserunning errors. Communication breakdowns. Overswinging at the plate.

“We can’t be fooled by these final scores,” Adams said. “We’re playing well, but given our goals and where we want to be later this month, we have to keep getting better. Every pitch. Every day.

“Some of the things we did wrong (last night), we won’t be able to in the postseason. The good news is the girls know and understand that.”

Jalen Adams had seven more hits in the twinbill, going 4-for-4 with two RBI in the opener and adding three hits in the nightcap while scoring twice. Adams did give up a rare earned run in the pitcher’s circle — just the fifth allowed all year –in improving to 15-1 on the season.

“She’s a tough out right now to say the least,” said coach Adams, her mother. “Jalen’s locked in (both as a pitcher and as a hitter). She’s not trying to do too much and showing patience. But her baserunning needs a lot of work (Adams usually has a courtesy runner, but Fort Dodge is short on healthy players so she is running for herself).”

Wills, also a sophomore, hit her spots and threw her change-up for strikes in the nightcap. She gave up three unearned runs and struck out five, while supporting her own cause by going 2-for-4 with two runs and two RBI offensively.

Martyne Lowrey was 3-for-4 with a pair of runs and RBI, drilling a double off the wall. Wertz and Doster contributed two hits and two RBI each.

Fort Dodge’s 5-9 hitters recorded 12 hits and drove in 10 in the twinbill.

The Dodgers return to action on Thursday at third-ranked (4A) Adel-ADM (9-3).