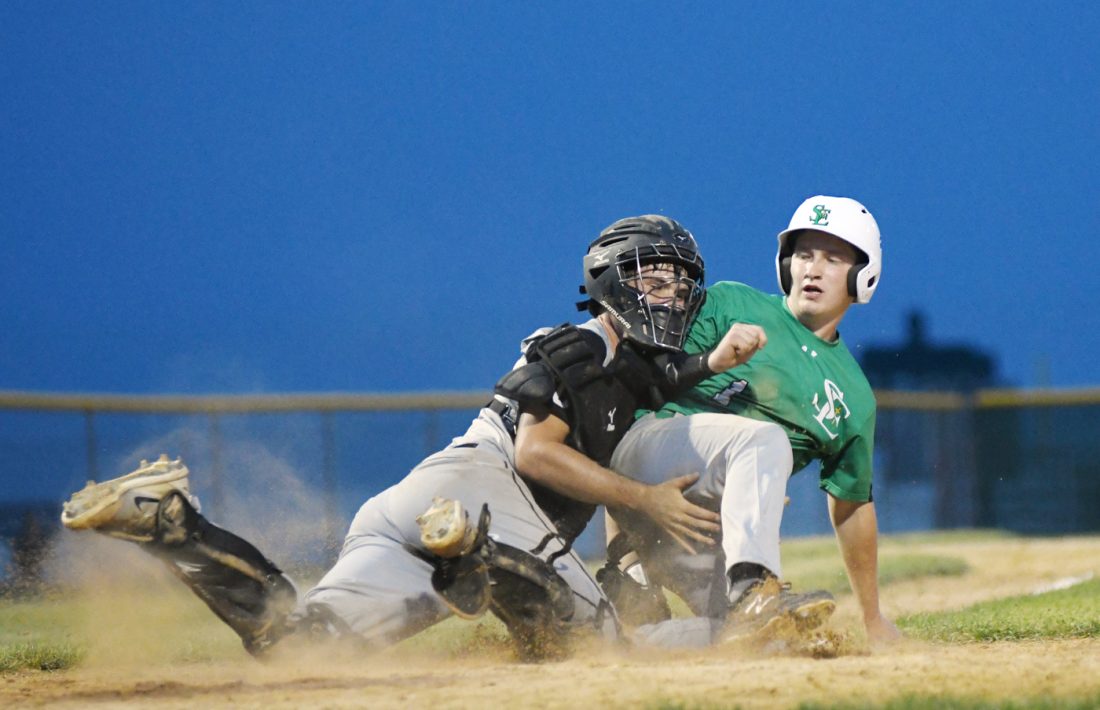 Due to a positive COVID-19 test of a St. Edmond baseball player, the school has canceled the remaining six games of the regular season.

The school made the announcement late Saturday night, after they were informed of the positive test.

“It is our understanding that the student contracted the virus through a co-worker, not from anything school related,” said activities director Steve Neuberger in the press release. “Following guidance from the Webster County Health Department, our players and coaches will be quarantined for 14 days.

“The remainder of our baseball regular season will be canceled. At the end of 14 days, we will assess whether we can continue with postseason play.”

Head coach Mike Szalat, who is in his third season at the helm, is disappointed for his players.

“I feel sorry for them (the team). They put the time in and worked hard,” Szalat said. “I really enjoyed the chemistry of this group. We got done talking on Friday night after our game. The guys looked around and said the eighth graders have the field torn down, which was before my discussion was over.

“That stems from the upperclassmen treating those younger guys well. They just treat each other extremely well.”

St. Edmond was off to a 4-2 start, but for Szalat, it was more about what they were able to accomplish away from the field.

“I stole a word from Alabama coach Pat Murphy: mudita. Which means, ‘truly taking pleasure in the success of others,”’ Szalat said. “We talked about that with the kids and they bought into it in a supportive way.”

Neuberger, who will begin a new position at South Hamilton in July, was heartbroken for the athletes.

“It’s too bad. It was great getting a season going after spring sports were shut down,” Neuberger said. “Everyone was excited; this was out of everyone’s control.

“Coach Szalat is passionate about baseball and about these kids. He always has their best interest at heart. I have seen first-hand the team following all the guidelines and monitoring everything. The team was doing everything right…this was just a tough break.”

With the team being quarantined for two weeks, this would allow the Gaels to possibly return for the postseason.

“Hopefully we get the chance to play a first-round game,” Szalat said. “We emailed the state, and now, we are going to follow the guidelines from the Webster County Health Department and quarantine for 14 days.

“We knew this was a distinct possibility going into the season. We adults are responsible for setting an example for the behavior we want to see. We can’t just talk about the way, we have to model it. There are many worse situations going on in our area and world-wide.”