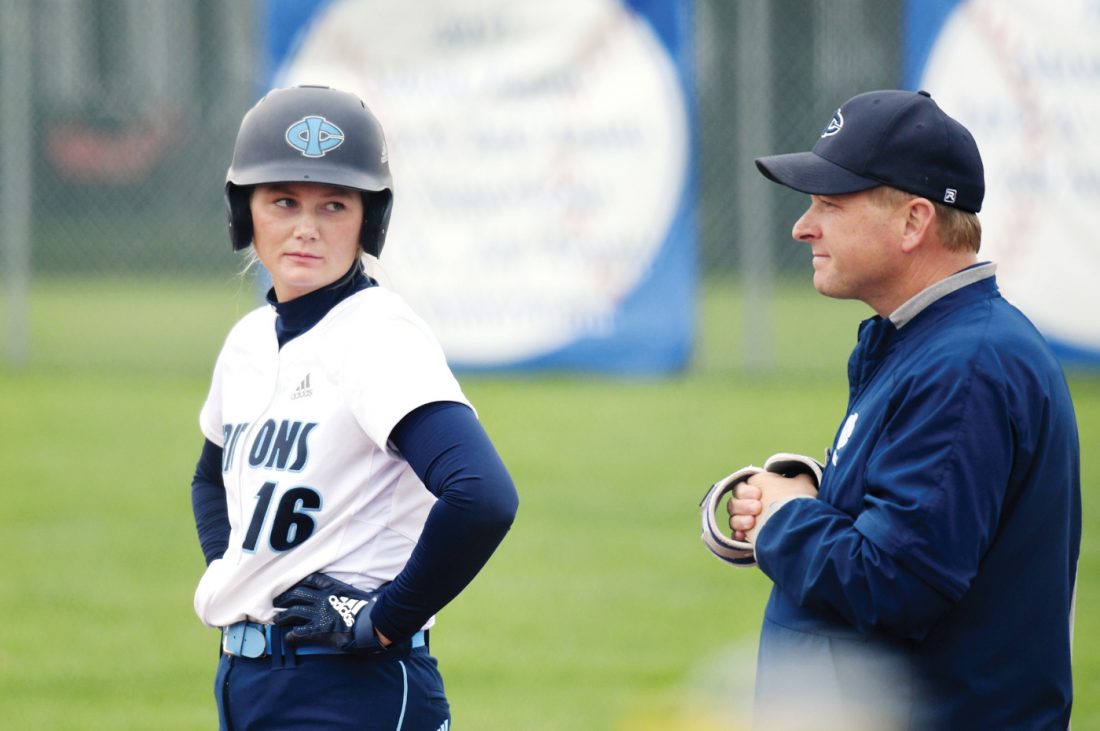 Bo Tjebben’s earliest memories of coaching date back to his teenage years at Butler Elementary Field, wearing the YMCA shirt of a local business sponsor.

Tjebben may not have realized it at the time, but it was his first step toward what ultimately became a career destination.

The 48-year-old Tjebben was officially named the new head softball coach at Iowa Central Community College on Tuesday. Tjebben will be replacing “a long-time friend and a true legend” in Rick Sandquist, who retired earlier this month.

The former Fort Dodge Senior High all-state pitcher, who has served on Sandquist’s staff and as the school’s assistant athletic director for the last three years, remembers his formative days as a coach fondly. Though he didn’t take a direct route to the lead position of a program, Tjebben said he is “excited and more than ready” to start this new chapter in his life.

“There’s always been something about coaching. It’s a passion of mine,” Tjebben said. “Within the last few years or so especially, the idea really grew on me a lot and it became a personal goal to coach on (more than just a part-time or assistant-level basis). I think all the way back to my time with the Y, then with my girls (Cassie and Bre) through (the Fort Dodge) Pride (youth program), and helping out Coach (Andi) Adams at FDSH…my interest got stronger and stronger. 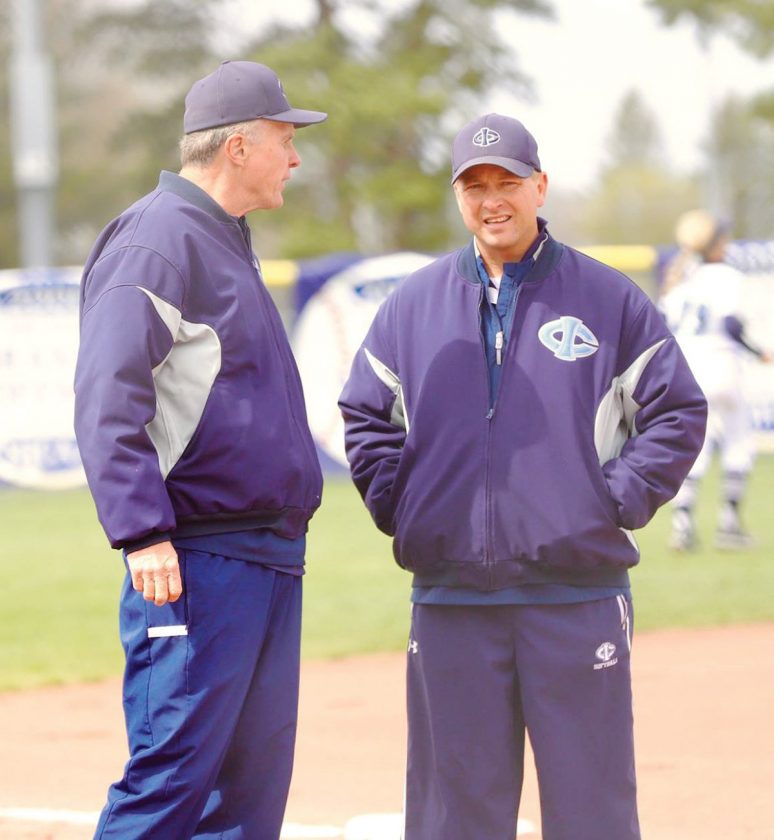 “At Iowa Central, I really feel like it’s a case of being in the right place at the right time. Coach Sandquist taught me so much these past few years. Iowa Central is home. Fort Dodge is home. This couldn’t be a better fit for me right at this moment. It’s a dream come true.”

Tjebben was a star right-hander at FDSH under head coach Ed McNeil, earning first team all-state honors in both 1989 and 1990. The Dodgers were a state-runner-up in Tjebben’s junior year, and a semifinalist during his senior campaign.

Tjebben pitched for two seasons at Iowa Central before joining the Iowa State University program in 1992. He graduated from ISU in 1995.

“Bo’s just a really good person above everything else,” ICCC athletic director Kevin Twait said. “There’s no doubt in my mind that he will continue to lead this program in the direction Coach Sandquist had it going both on and off the field. But first and foremost, he’s the kind of coach and person you’d want your kid to play for. I can’t say enough about his character and work ethic, and fortunately, his commitment to Iowa Central as well.

“Some coaches reach a level of satisfaction from being assistants, which is obviously critical to any program. With Bo, though, I could tell it was going to be more than that. He’ll set the tone and generate excitement around the program, just like Coach Sandquist did. He learned from one of the best. We won’t skip a beat moving forward.” 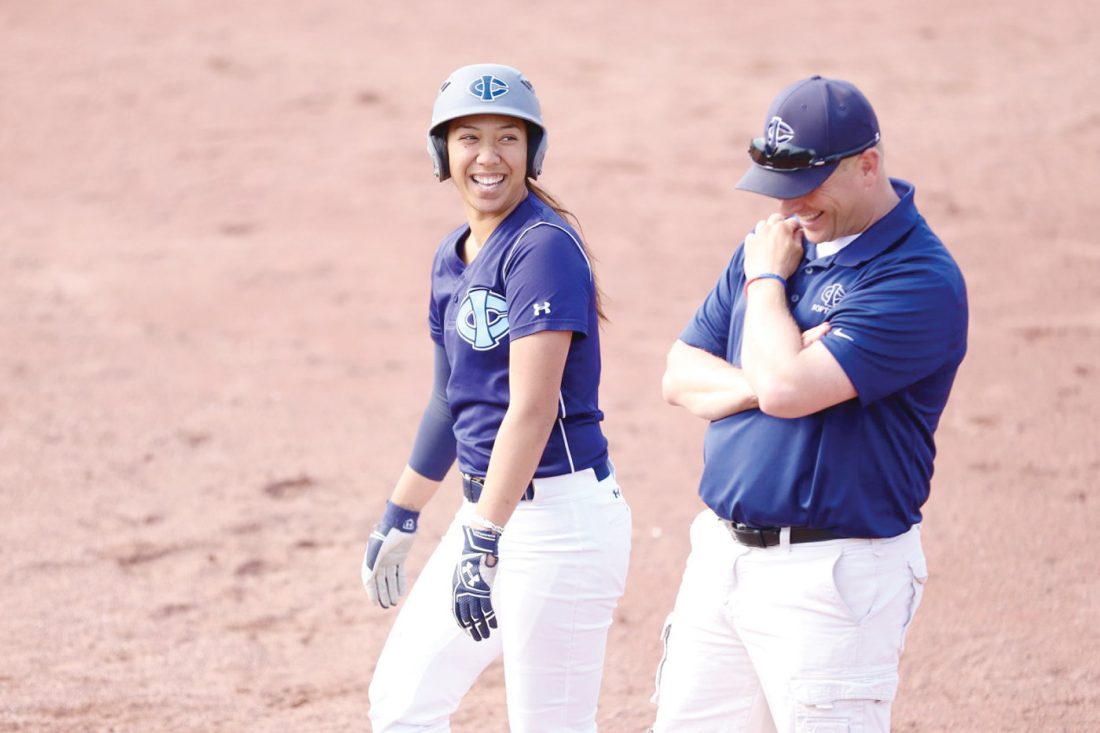 The Tritons were off to a 15-4 start with a national ranking this spring before the COVID-19 global pandemic hit. Bre Tjebben, an All-American last season, was a sophomore captain on the 2020 team.

Both Cassie and Bre played for both the Dodgers and Iowa Central.

“I can’t thank my family enough,” said Bo, who is in the FDSH Athletic Hall of Fame. “They’ve been by my side this whole time, whether it’s with softball or anything else. The support of my wife (Chrissy) and my daughters is what will help make this work.

“I’m also very fortunate to have worked under Coach Adams and Coach Sandquist, as well as (for the opportunity Iowa Central president) Dr. (Dan) Kinney, Mr. (Tom) Beneke (vice president of enrollment management and student development), and Kevin Twait have given me. All of the administration at Iowa Central. (Former Triton baseball coaches) Rick Pederson and Justin Meyer. The list of people who have influenced me and supported me is huge, and I’m very thankful.”

Other than a few personal tweaks, Tjebben doesn’t anticipate significant shifts in the direction — or expectations — of the Triton program.

“The focus has always been to reach the national tournament in Mississippi. That won’t change,” Tjebben said. “Above all else, though, it’s about life lessons and doing things the right way. Being a coach is about balancing hard work with fun, teaching, and just helping young people grow and learn more about themselves.

“If we’re able to connect as a staff with our players and recruits away from (the diamond), we will be successful on it.”