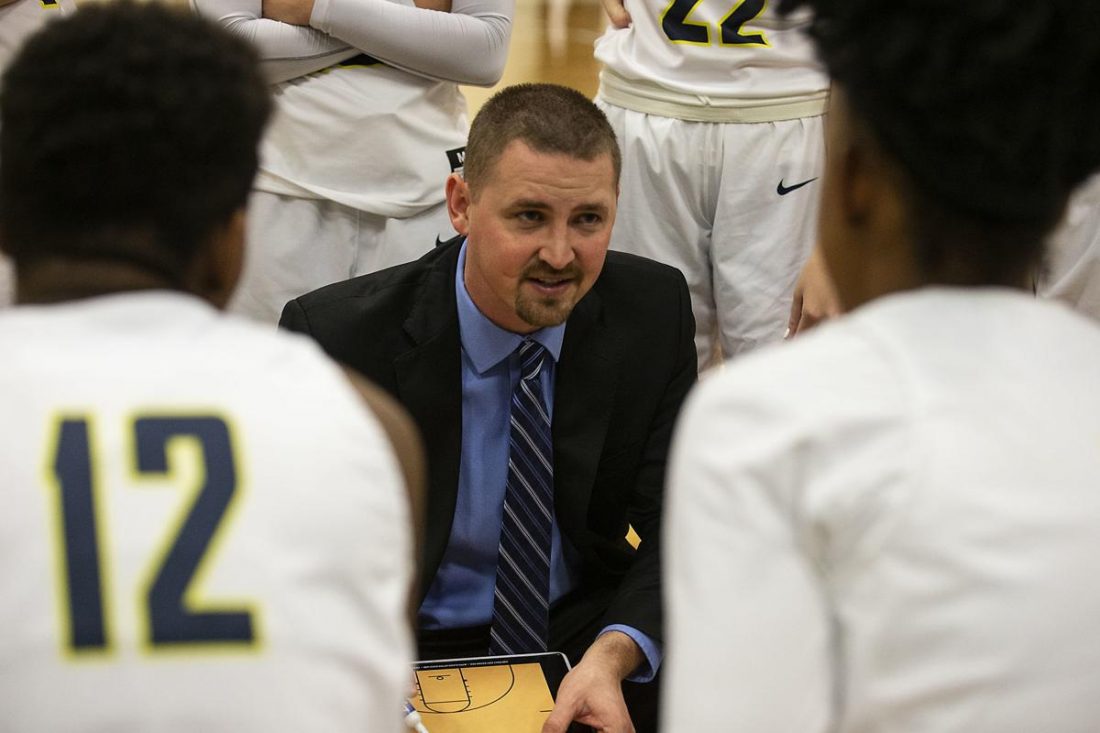 Ortmeier was recently named the Tritons’ new head women’s basketball coach. His first official day on the job will be June 1.

“I have such a tremendous respect for Iowa Central as an institution, and the athletic department is known nation-wide as one of the best in the country,” said Ortmeier, who will be replacing Kelly Kruger at the helm. “It’s a beautiful campus, and there is a terrific and very supportive administration in place. They obviously take the life and progress of a student-athlete very seriously.

“I’m really looking forward to getting started. It’s also nice to know we’ll have our family just a few hours from home and where I grew up.”

The 33-year-old Ortmeier, a native of Dodge, Neb., makes the move from Laramie County Community College in Cheyenne, Wyo. Ortmeier compiled a 63-48 overall record with the Golden Eagles in four seasons at the helm.

LCCC was a combined 37-25 in Ortmeier’s final two campaigns. He took over when the women’s program was relaunched after a 24-year hiatus in 2016-17.

“Brian has an outstanding track record and did some great things (at Laramie County),” Iowa Central athletic director Kevin Twait said. “We’re very fortunate to have someone with his energy, enthusiasm and knowledge on board. He’s also a high-character person, which is even more important. He’ll be a terrific leader for our school and in our community.”

Kruger retired recently to conclude a 35-year overall coaching career. The Tritons posted a 17-14 record this past season, and were 64-60 in Kruger’s four years at the helm.

“The program is coming off of a 17-win season, and I really feel like things are headed in the right direction here already,” Ortmeier said of Iowa Central. “We’re going to push the ball and let it fly. We’ll shoot a lot of three-pointers. But at LCCC, we’ve also been one of the top free throw shooting teams in the country in each of the last two seasons, both in attempts and makes. So it’s a good mix of getting to the basket and stretching the floor for kick-out threes when (the opportunity arises).

“We’ll be fast in transition and fun to watch.”

Ortmeier added, “one of the big selling points will be recruiting (in and around the north-central Iowa region.”

“It has to start there,” said Ortmeier, who has also coached at Colorado Northwestern Community College, Dakota State University and McPherson College. “That’s how we approached (recruiting) at LCCC: finding local Wyoming kids first. That’s always going to be a top priority.”

Ortmeier and his wife, Autumn, have two children: Trenton, age 4, and Rylie, 2. Ortmeier is a 2009 graduate of the University of Nebraska. He obtained his Master’s degree from Virginia Commonwealth in 2010.