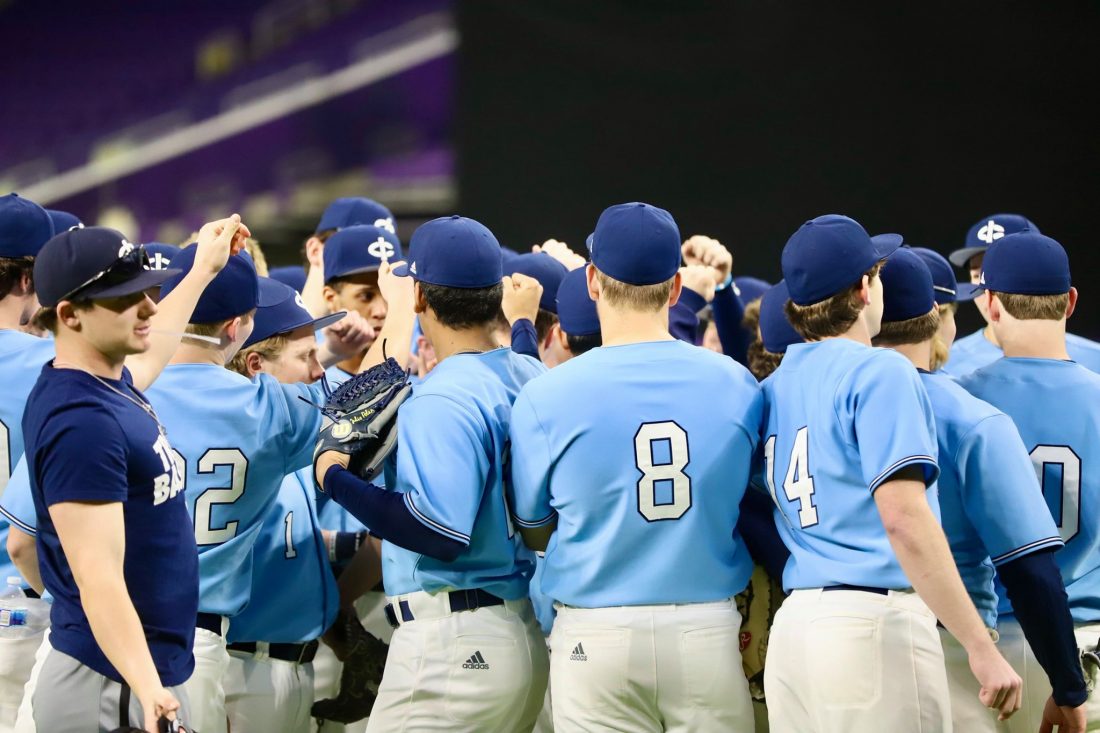 Eric Stein felt a sense of greatness as he watched the 2019-20 Iowa Central baseball team start to come together.

But in an instant, any chance of achieving that was taken away from the Tritons.

When the NJCAA made the ultimate decision to cancel remaining spring athletics, Iowa Central was ranked 18th in the nation and 9-2-1 overall.

“From day one, from a talent standpoint, we had a shot to be there in the end,” said Stein, who was in his second season as head coach after an extended run as an assistant. “I’d call us inconsistent early on with some guys starting to find their consistency and others having it right from the start.

“And our pitching staff, as a whole, they were phenomenal through that stretch of games. They kept us around in every game. It’s just disappointing because the offense was getting going and then the water got shut off.”

Much like programs around the country, Stein will take a wait-and-see approach in regards to what is decided with eligibility for next year. The Tritons had several sophomores who were committed to new programs and were having great starts to this season.

That included sophomore Ryan Doran, as he was hitting .444 with four homers, 14 RBI and 14 runs scored in 11 games. He had also worked 11 walks to just five strikeouts over 36 at-bats.

A handful of newcomers, though, were also starting to heat up. Freshman Devin Hurdle had 12 hits and scored 10 runs with a pair of homers and a team-leading four steals, Ben Detaeye was hitting .360 with nine runs and six hits.

“We’ve been going since late August with this thing,” Stein said. “All of it building to where we were at now. A whole bunch of practice time, weight room time, all of the other behind the scenes stuff to get to the fun time, which was playing games.

“It was suddenly swiped away from us.”

Johnson, who will head to Concordia University in the fall, struck out 13 batters in just over 12 innings with one earned run allowed. Davidson, a freshman, had five strikeouts in six innings and just one hit allowed.

“Nolan and Jace were unbelievable,” Stein said. “Concordia is getting a great player and someone who works hard and is the best teammate in Nolan. And Jace, when he decided to transfer, we were excited to bring him in.”

Stein also realizes that players at the high school level remain concerned with their season being delayed or canceled as well.

“For Iowa high school baseball, that junior season is an important one as a lot of times that is the main recruiting period for those guys,” he said. “I’m sure it is a scary time for them, especially the seniors not knowing if their last year is going to be taken away from them.”