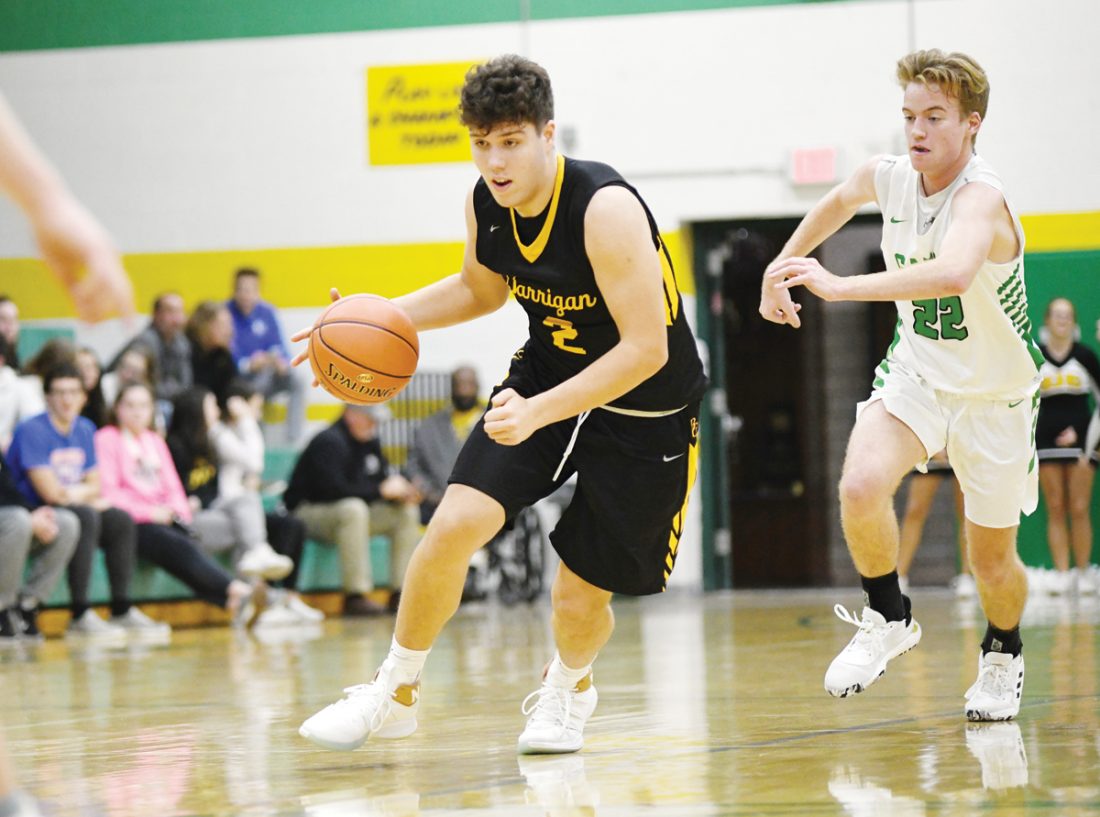 SPENCER — Moments after helping fourth-ranked Bishop Garrigan secure a spot in the Class 1A substate round, Cade Winkel took note of the rest of the results around the state.

Among them was No. 1 Easton Valley falling to Edgewood-Colesburg, ending their season and chance at a state championship.

Winkel and the Golden Bears (21-2 overall) remain alive and well, as they face South O’Brien here Saturday night for a spot in the elite eight. Tip is set for 7 p.m.

“It makes me very thankful to be where I am now,” said Winkel, who will head to Briar Cliff University in the fall to continue his career. “I can’t thank my teammates enough for putting in the work. We all have one goal in mind: survive and advance.

“This is the first time in my career where everyone on the team truly believes we are the best team in 1A and that we can win it all. Obviously, things don’t always turn out how you want, but that’s how we feel right now as a team.”

This marks the third game in a five-day stretch inside of three different gyms for Bishop Garrigan. And needless to say, Winkel is excited for the opportunity.

“All three teams are extremely different, but it definitely prepares us for everything from press defenses to man-to-man to zone,” Winkel said. “It’s gonna be awesome to get to play in another substate game. To be honest, substate games are more fun compared to the state quarterfinals because the gym can get crazy. Sometimes at state, it feels as if not as many people are there because (Wells Fargo Arena) is such a gargantuan place.”

While that “big-game” feel drives Winkel, he remains focused on the bigger picture.

“Of course, we really want to get back to state,” he said. “And bring that state title back to Bishop Garrigan and cement our legacy as the best team in school history.”

Winkel and fellow seniors John Joyce, Andrew Arndorfer and Marcus Plathe are flanked in the starting lineup by junior Angelo Winkel, Cade’s brother. The Winkels and Joyce combined for 54 points in a 76-47 win over St. Edmond earlier this week.

South O’Brien (21-3) has reeled off 11 consecutive wins since a loss to West Sioux, who is in a 2A substate final vs. South Central Calhoun. They also fell in the season opener to West Sioux by one, with a third loss coming to Remsen St. Mary’s, who also plays Saturday night for state.

“They are a great team and it’s just too bad we have to play before state,” Winkel said. “They play a very physical brand of basketball and love to pack in their 2-3 zone. However, they have not played a single team even close to our stature, so it’ll be interesting to see how they adjust to guarding three posts at 6-foot-9, 6-foot-5 and 6-foot-5.”

Jackson Louscher averages over 21 points per game and leads the team in rebounds and assists. Zeke Lundquist chips in 10 with Alex Presthus and Tristan Wilson each averaging eight.

Angelo Winkel leads Garrigan at over 18 points a night with Cade Winkel posting 16 and Joyce 13. Plathe chips in nine and Cameron Baade seven off the bench. Angelo Winkel has collected over 200 rebounds this year to lead the way.

Montezuma vs. Nodaway Valley at Knoxville