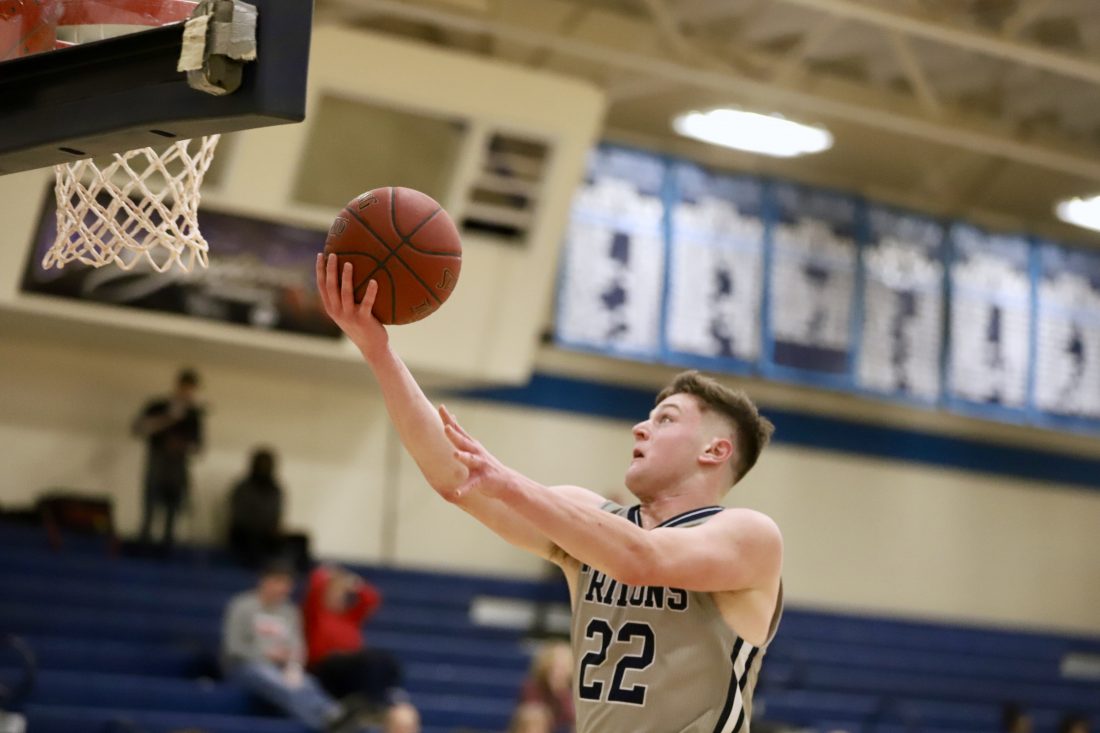 —Photo by Paul DeCoursey Andrew Gibb drives to the basket for Iowa Central Wednesday night. Gibb scored 24 in the win for the Tritons.

Andrew Gibb scored 24 points as the Iowa Central men closed out the pre-Christmas portion of their schedule with a 75-71 victory over Grand View JV here Wednesday night.

Gibb hit 8 of 14 shots from the field, including four 3-pointers, adding four rebounds, two assists and a steal to his night.

Iowa Central is now off until Jan. 8 when they host Kirkwood inside Hodges Fieldhouse.