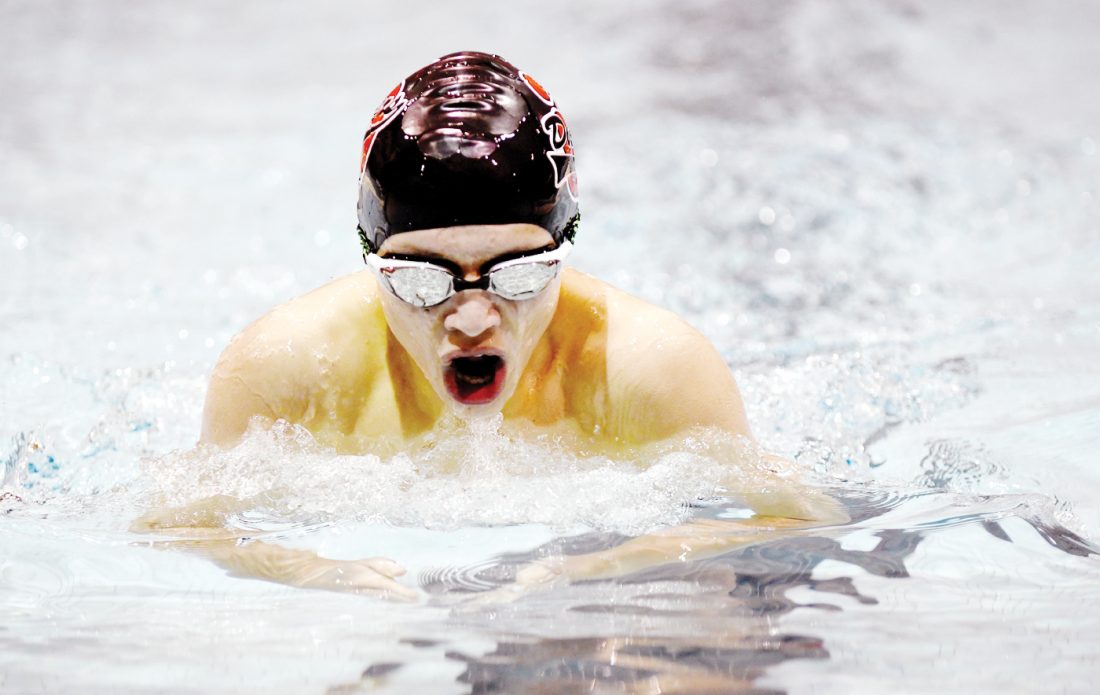 The Fort Dodge swim team hosted Spencer and Marshalltown on Thursday in the Dodger pool.

Fort Dodge came away with a second-place finish in the 400 freestyle relay. The quartet of Colby Doebel, Kevin O’Connor, Ryan Pineda and Austin Jorgensen touched the wall in 4:13.35.

“It’s awesome to see that group take second,” said Fort Dodge head coach Ashley Beaumont. “That is our best finish of the season. It’s great seeing those with three brand new guys there.

“We are a little sore right now after having three meets this week.”

The Dodgers are back in action on Monday when they host Mason City for Senior Night.

THE TIP: The St. Edmond girls begin a five-game road trek Monday night at Paton-Churdan. Tip is set for 7:45 p.m. ...