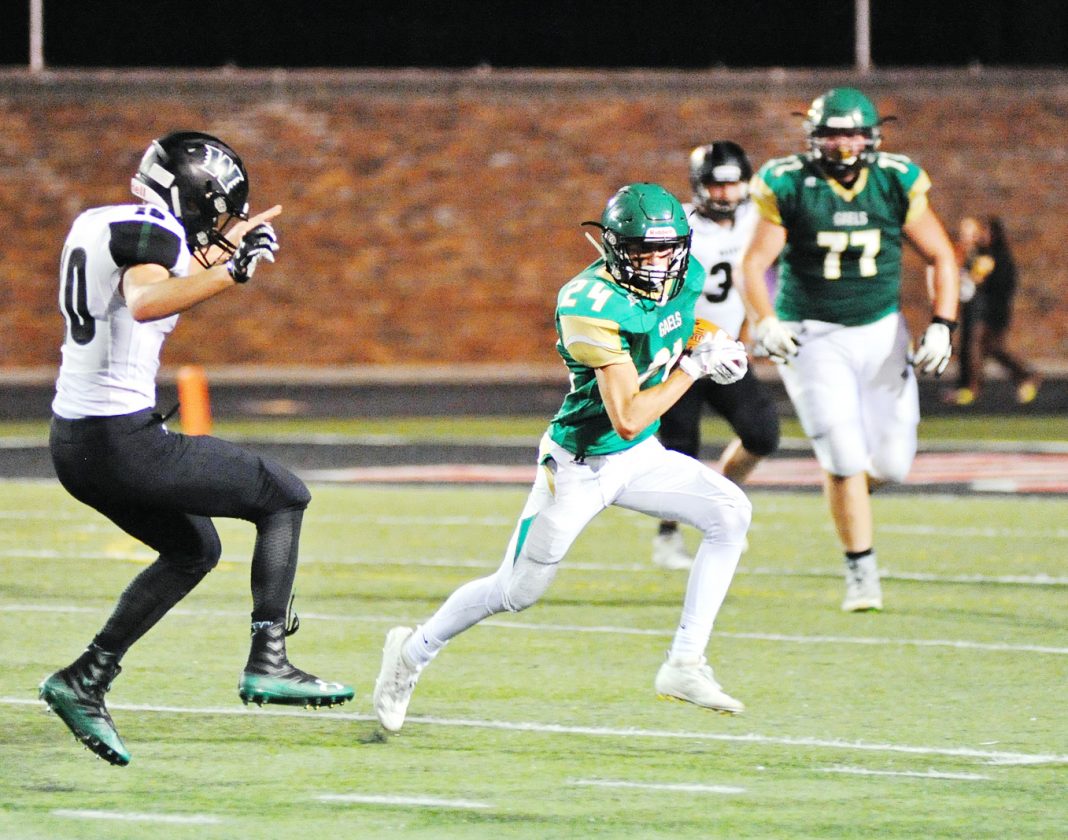 EAGLE GROVE — Paul Hansch has been through all sorts of interesting twists and turns as a high school football coach.

But even Hansch is unsure of what to expect after this Friday night.

After being forced to forfeit the final five games of last season, the Eagles (0-2 overall) will have to travel for all six of their district matchups.

“We knew that was going to happen going in, but the kids still came out and they haven’t really been down about it,” Hansch said. “We had Senior Night in Week 1 and Homecoming here in Week 3, then go on the road for six in a row.”

Lack of numbers and the need to play underclassmen a year ago led to the school making the ultimate decision to forfeit after playing South Hardin. And while Eagle Grove has yet to score a victory this year, Hansch has seen plenty of improvement and growth.

“We have 43 kids out right now, which isn’t great, but is much better,” he said. “It feels like we are making progress despite being 0-2. We are still starting a lot of young kids at places, but we are gaining experience. We’re making mistakes on the field, but they are ones we can fix and learn from.

“I feel good about the direction we are headed in.”

Joel Mendoza, a senior, leads the team with 143 yards rushing and three touchdowns. A standout wrestler, Mendoza is battling an ankle injury and his status will be determined at kickoff, according to Hansch.

Jake Darland has thrown for 101 yards, averaging over 20 yards per completion. Nick Huntley is his top target, having hauled in four passes for 97 yards.

Mark Dawson leads the Eagle Grove defense with 18.5 tackles, with Roberto Calles adding 13.5, Mendoza 10.5 and Darland 10. They have recovered six fumbles as a team.

Baker had 128 total yards and also scored a rushing touchdown. Baker leads the Gaels with 158 total yards, followed by Sean Flattery, with 87.

“I think we proved we can throw the ball a little, and that will become more of our offense here moving forward,” SEHS head coach Matt Dillon said. “In our class, Kase is one of the fastest kids in the state. And Sean isn’t far behind, and neither is Charlie (Shelly) when he is healthy. We’ve got some tremendous skill position kids that we can use to our advantage.”

The Gael defense also rose up once North Union reached the red zone, stopping them four times in the first half from inside the SEHS 15. Jackson Bemrich (15.5 tackles), Nick Lawler (12.5) and Parker Oswald (12) anchor the unit.

Bemrich, Lawler and freshman John Nemmers each have a sack, with Schaeffer and Baker recording two combined interceptions.

“It would be great if we can take them out of the game early, but I thought we did that against North Union and they came back on us,” Dillon said. “We’ve got to learn how to put teams away, because that is a key next step in the development of our program.”