Dodgers get back on track in a big way 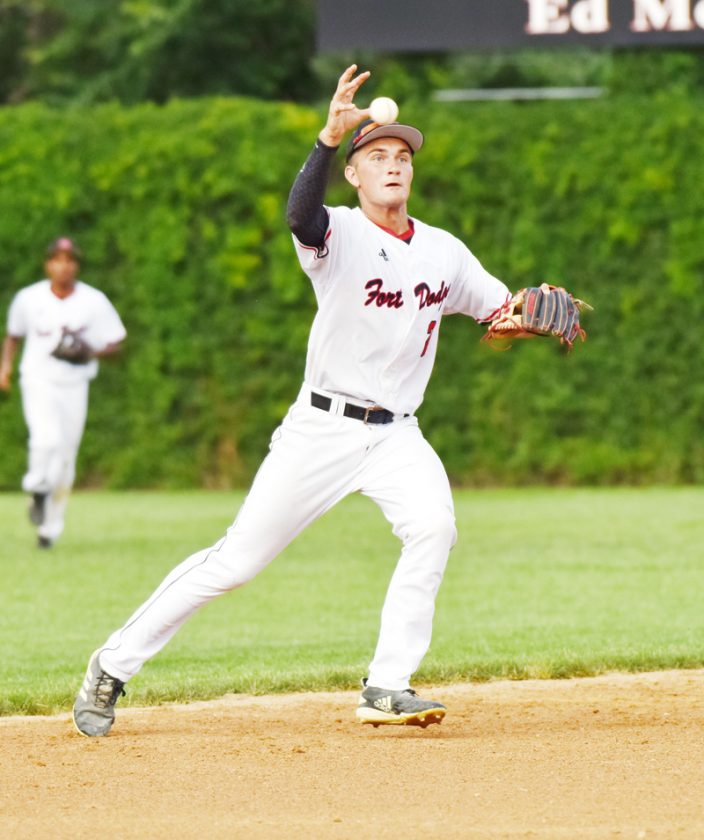 DES MOINES — The drought is over for the Fort Dodge baseball team.

The Dodgers plated 30 runs in a doubleheader sweep at Des Moines North on Wednesday, breaking out in a big way with 19-2 and 11-0 victories against the winless Polar Bears.

Head coach Blake Utley’s squad plated 10 runs right off the bat in the opener and never looked back in taking two for the first time since June 24.

“It definitely felt good to see our kids enjoying themselves but still showing patience and discipline,” Utley said. “When you face a program that’s struggling like North is, it’s easy to swing for the fences every time up or get away with bad habits.

“We talked about taking care of ourselves and handling our own business within our capabilities, and our guys did that.”

Freshman Carson Peterson tossed a five-inning no-hitter in the nightcap, and junior Mason Bockoven continued his recent torrid stretch at the plate by going a combined 6-for-6 with a home run, four runs scored and eight RBI.

“Carson was really on. It was great to see him build some confidence (on the mound),” Utley said. “Mason had a big day again. He’s seeing the ball really well right now. Up and down the lineup, we were producing.”

In the opener for the Dodgers (12-23 overall), senior Drake Miller went 2-for-3 with a double, three runs scored and three RBI. Classmate Drew Callon was 4-for-4 with three runs and a pair driven in.

In the second contest, junior Shane Halligan tripled twice and drove in three. Bockoven, Bell and junior Nick Bice had two hits each. Miller drove in two and scored twice. Freshman Drake Callon was 1-for-3 with a double and two runs.

“We had a lot of good things happen. There’s still time to get this moving in a positive direction,” Utley said. “I’ve said before how much I’ve enjoyed working with this group. They haven’t quit on us coaches or each other. We don’t like saying we’re ‘close,’ but we will say we’re right there and just need to do a better job of finishing games.

“I believe in them.”

Fort Dodge returns to action on Saturday at home against Le Mars, in a single varsity game that will start at approximately 3 p.m. The Dodgers have a home twinbill with Des Moines East on Monday and a single varsity contest on Tuesday against Carroll. They will open substate play at Ankeny (16-15) on Friday, July 19.