Titans earn bronze in 2A 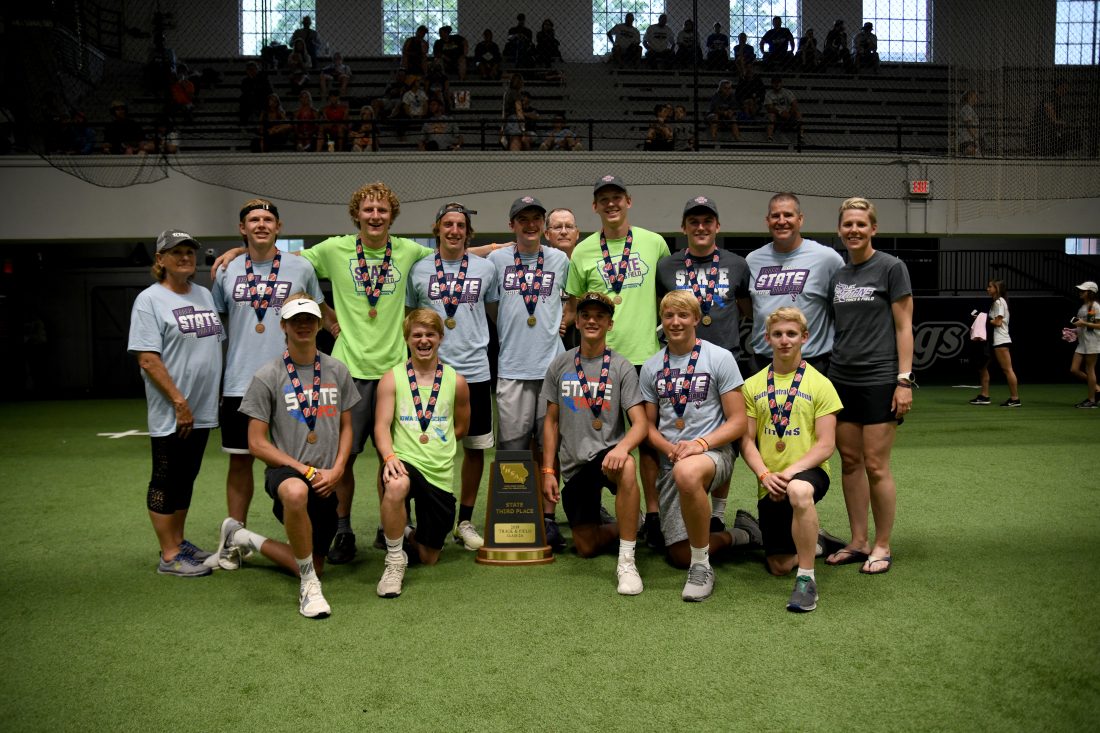 McAlister’s victory in the Class 2A 800-meter run helped the Titans finish third overall with 47 points.

The school crowned its second relay state championship on Friday when the distance medley crossed first.

McAlister and fellow senior Spencer Moon secured gold and silver in the event, with Josh Van Hulzen adding a third and Moon another fourth.

“It’s the best feeling in the world,” McAlister said. “That’s what I was working for all year and winning it was the goal ever since last season. I couldn’t stop smiling for the longest time and I was so thankful I got to run with Spencer one more time.

“The bond that we have is more than just a friendship. I’ll never be able to thank him enough for everything he did for me. Without him, I wouldn’t be where I am today. He was always there to push me to do the best and he was the best training partner and teammate I could ever ask for.”

Just before state last year, McAlister and the entire SCC community mourned the loss of Jacy McAlexander, who was again with them all this week.

“(After running the 800) I was really tired and that’s when I bent down to catch my breath and saw Jacy’s name on my shoes,” McAlister said. “It made me think about how it was just a race and there’s so much more to life.

“I was extremely fortunate to be in the position I was and I will never forget the feeling I had in that moment. It was a reminder that he’s still with us.”

Moon, who is headed to Simpson College to continue running, finished his state meet with three medals in all with a fourth in the 1600 in 4:26.82.

“It was just so amazing how the team performed this weekend,” Moon said. “It has been great having a team like this because we are always pushing each other and wanting to get better.

“Getting second in the 800 is amazing, but also having my teammate, Chase, win it is so much better. I was so happy for him. No one deserved it more than he did.”

“Our kids competed hard all three days and were rewarded,” SCC head coach Bryan Case said. “We’re extremely happy and blessed to end up where we did.

“This team has been a blast to coach. They’re talented kids, but even better people. We will miss our seniors and we wish them the very best. We’ve been blessed with great track and field for a number of years, and this senior class has definitely left their mark at SCC.”

Merkley and Birks are both seniors, while Corey and Toms are sophomores.

Dike-New Hartford finished first overall with 60 points, while Williamsburg had 51 for second. The Titans finished two points ahead of Bellevue.

“Getting third as a team really put a cap on this weekend,” Moon said. “I really ran for the team this year and that’s been the biggest inspiration.”

Jada Ridgely ended her freshman year with a sixth place finish in the 200 in 26.97.