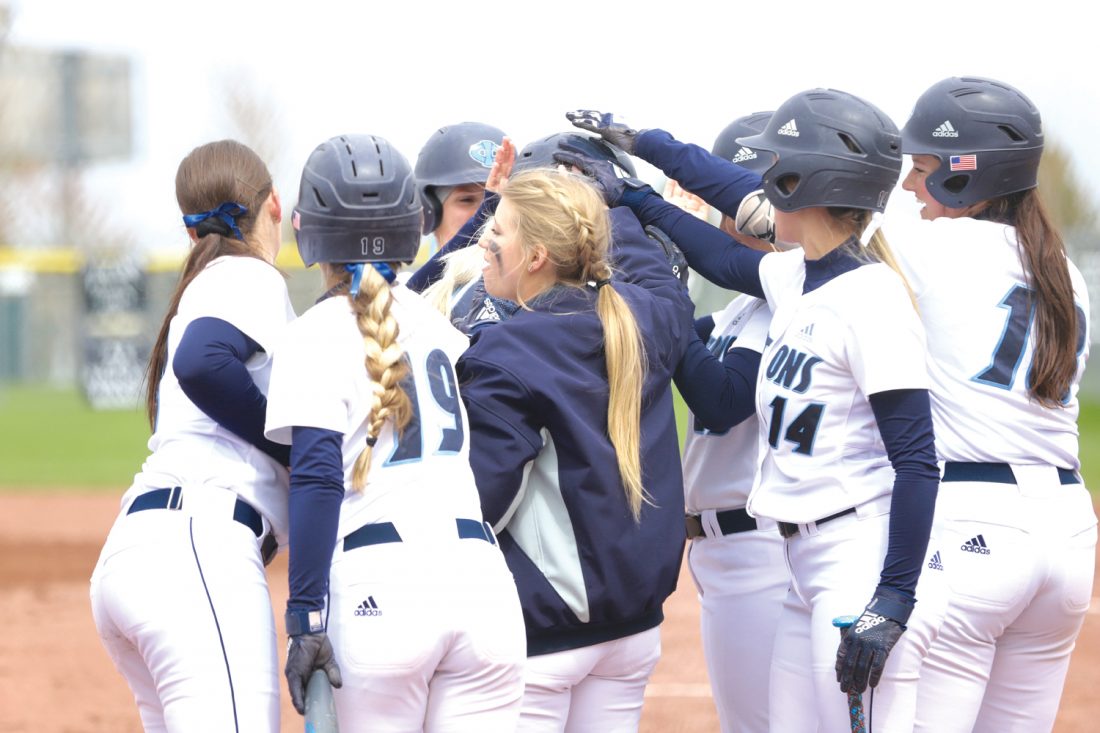 Erin Bahrenfuss grew up in a family heavily involved in sports.

After graduating from Webster City, Bahrenfuss made the short journey to Iowa Central, joining the Triton softball program.

On Sunday, Bahrenfuss and six other sophomores were honored at Rogers Park as No. 13 Iowa Central swept Northeast.

“Being a Triton over the past two years has meant the world to me,” Bahrenfuss said. “The support we have from within our school and the community is unreal. Sometimes after games or practices when I’m still in my uniform, I see little girls who love to ask me questions about our games and are awestruck that they are talking to a Triton softball player.

“That’s the coolest thing to me.”

Iowa Central (34-13 overall, 15-9 in ICCAC) improved to 8-6 at home this year as Cheyenne Andersen went yard twice on the day to set a new single-season school record with 22. Andersen has 37 for her career, which is also a record.

“Being a Triton means I am part of a family,” Peschel said. “We always have the backs of the players and coaches. I’m really grateful for all the opportunities I’ve gotten here at Iowa Central.”

For ICCC head coach Rick Sandquist, the day was an emotional one to digest.

“These sophomores have battled through so much with us,” he said. “I’ve been so impressed with them as a whole for how much they have given to our program and this sport. They are really just a great group of kids who have been incredible to be around.”

Bahrenfuss shared similar feelings about Sandquist and the time he has given to better the players.

“Playing for Coach Sandquist has been an absolute blessing,” Bahrenfuss said. “It sounds cliche, but he truly has taught me not only about softball, but what is important in life.

“I’ll be forever thankful he let me play on his team and let me grow as a player and as a person with him.”

As a team, the Tritons have now hit 75 home runs, which is also a single-season school-record after hitting six in the twinbill.

Iowa Central hosts Northwestern College JV on Wednesday before closing out the regular season at second-ranked Des Moines Area on Saturday and Ellsworth next Sunday.