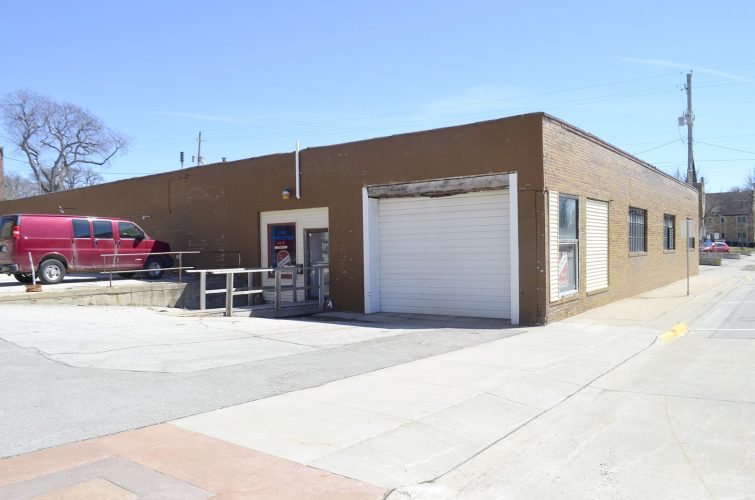 A downtown building across the street from the Warden Plaza and two other properties were purchased by the Fort Dodge City Council on Monday. All of the buildings will be demolished. The downtown building is a one-story commercial structure with a ramp leading to its roof at 901 First Ave. ...

A long stretch of busy North 22nd Street will be repaved under a contract awarded by the Fort Dodge City Council on Monday. The council hired Fort Dodge Asphalt Co. to do this year’s asphalt paving project at a cost of $1,098,198.40. The biggest single component of the project is repaving ... 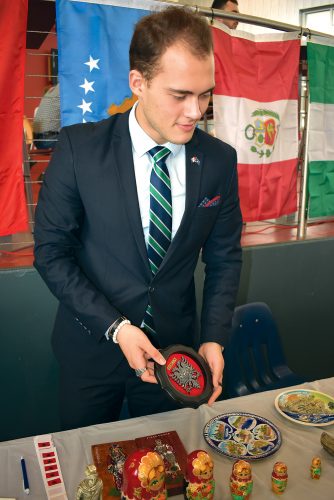 It was a celebration of different countries, cultures and customs Sunday at Iowa Central Community College as the 30th annual Focus International Festival of Nations came to the college. The festival featured booths, displays and food from a wide variety of countries, and also featured ... 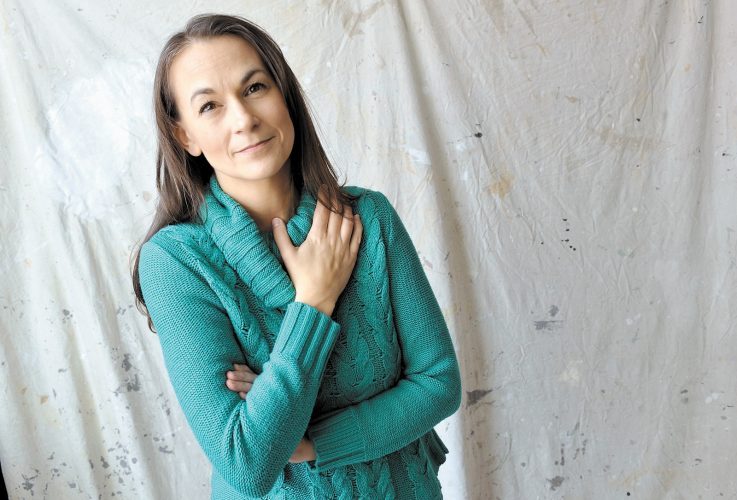 Women of influence and the big questions: Niki Conrad

Editor’s note: This story previously appeared in the March 2019 issue of the Fort Dodge Today magazine. What is important to you?   That’s easy. Family. My family has experienced a myriad of challenges big and small that have tested us, and yet we’ve always worked through them as ... 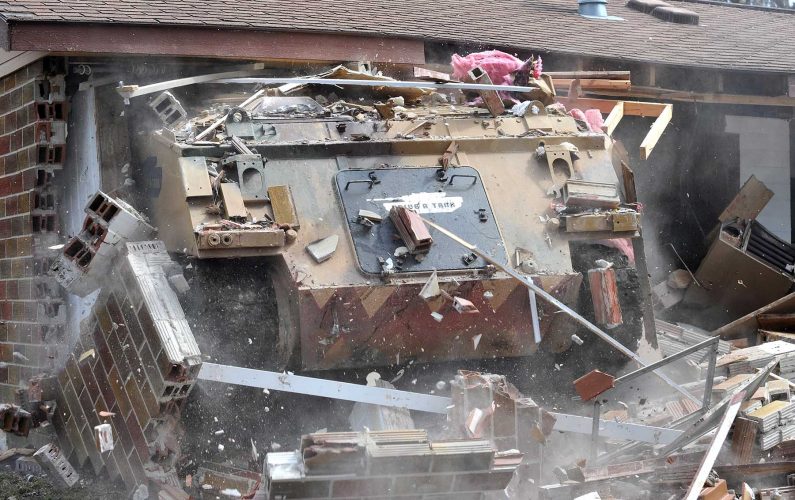 Tank for the memories

TWIN LAKES — There are plenty of conventional ways to demolish an old buildings. Take it down board by board. Knock it down with a bulldozer, or even let the local fire department burn it for practice. None of those were going to do for Twin Lakes Bible Camp Executive Director Scott ... 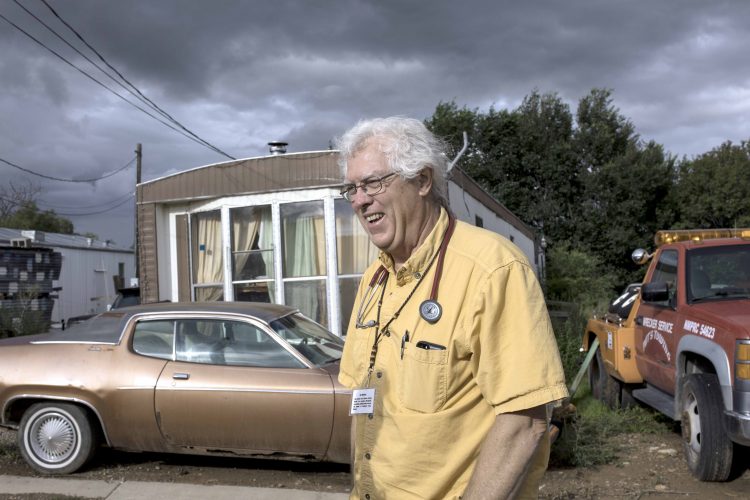 Fort Dodge native Chris Ruge is a vital source of help for people in a sprawling area of rural New Mexico who are battling chronic illness, mental health problems and addictions. Ruge is a nurse practitioner who said he gravitates toward some of the most complicated patients a health care ... 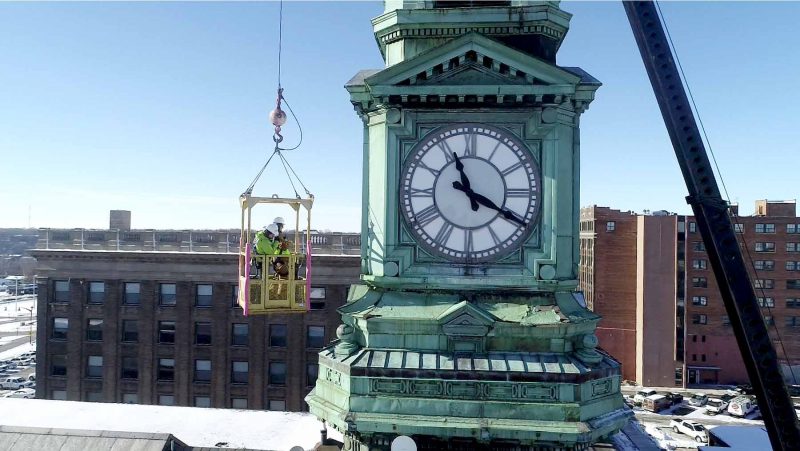 Clock is ticking on tower repair

The iconic green clock tower of the Webster County Courthouse has kept time over Central Avenue since 1902. The landmark has been through 117 Iowa winters, and is featured on the logo for Fort Dodge’s celebration of 150 years as a chartered city. But, as years ticked away, there’s ... 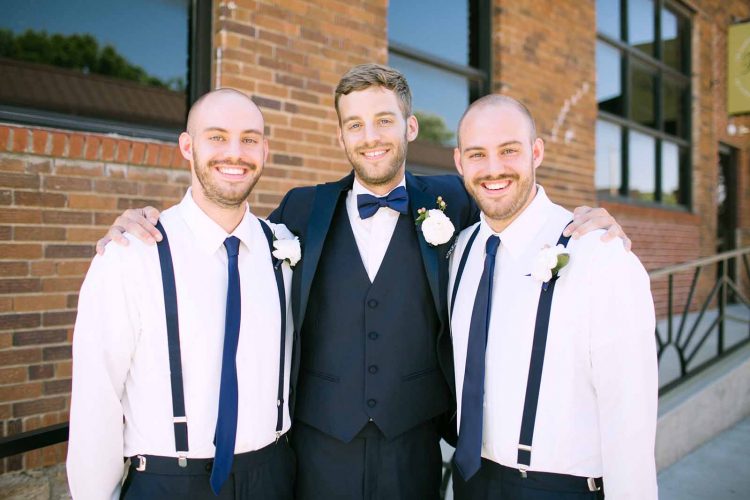 An interest in graphic design and loyalty to their hometown of Fort Dodge help to unite brothers Brendan, Christian and Colin Gargano. So when they set out to start their own design business, the first thing they wanted was a project that would benefit Fort Dodge. Just what that project ... 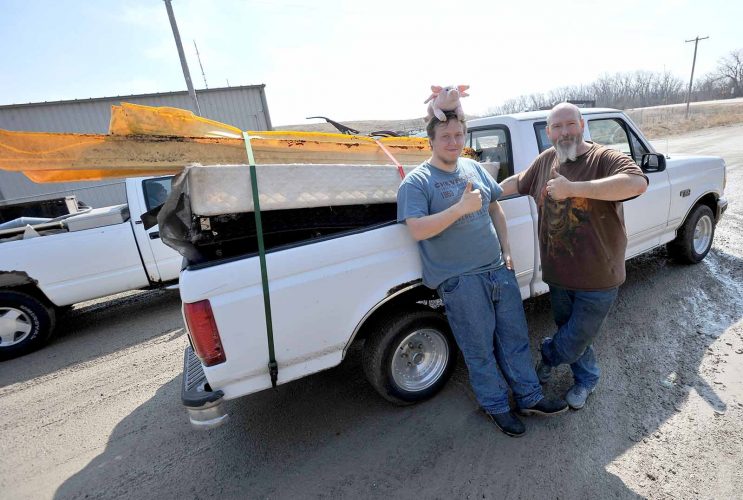 A delegation of Fort Dodge and Webster County leaders will return to Washington, D.C., this week to continue working with federal officials on projects important to the area. The group will depart Tuesday, spend Wednesday and Thursday in the nation’s capital, and then return Friday. While ... 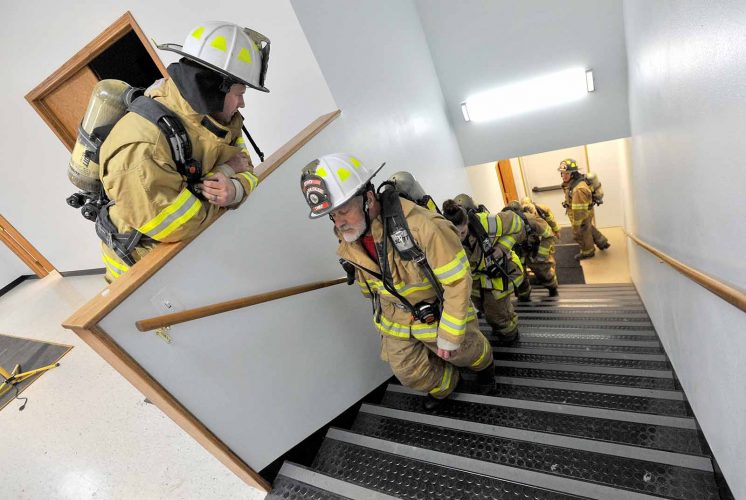 OTHO —For many people, walking up a flight of stairs is an exercise. Walking up several flights of stairs is a great way to lose one’s wind and more than that, it’s the reason elevators were invented. For a group of firefighters and volunteers who will be going to Des Moines Sunday ... 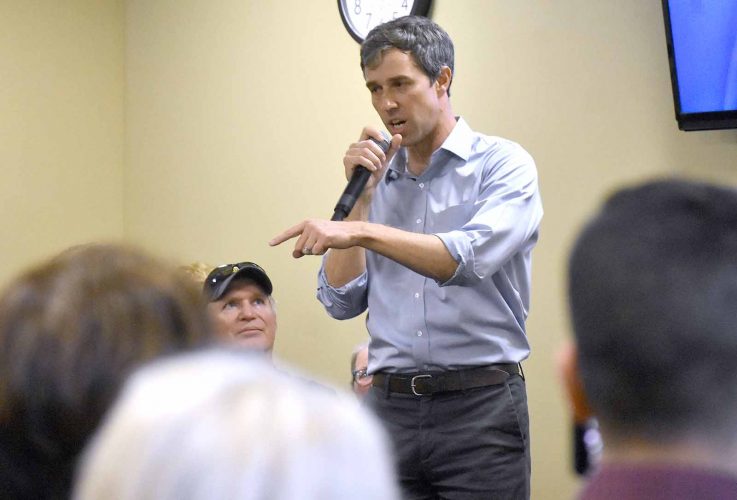 Democratic presidential candidate Beto O’Rourke believes in an easier path to citizenship for immigrants who are working demanding jobs in the United States. “The ability to free more than one million dreamers from any fear of deportation by making them citizens here in their ... 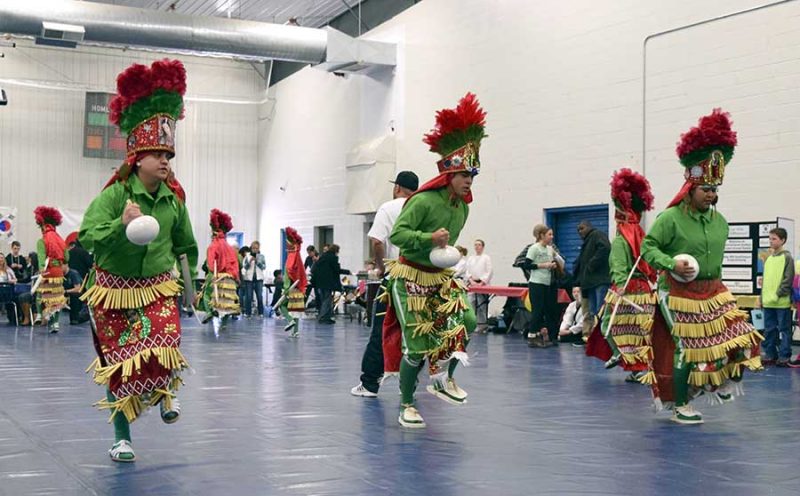 ‘You learn as you go’

Mexican dances, a taekwondo demonstration, and a presentation on Fort Dodge’s sister city of Gjakova, Kosovo, are just a few of the activities that will be on display during Iowa Central Community College’s 30th annual Focus International Festival of Nations on Sunday. Many of the ... 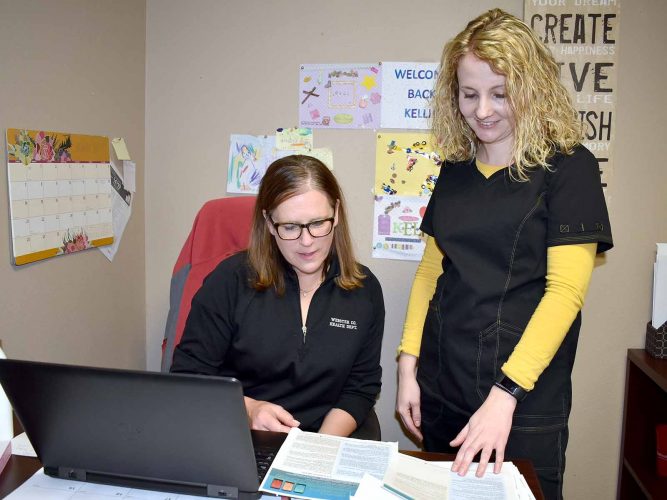 For people in Webster County who need help with family planning, birth control or education on a wide range of health issues, the Webster County Family Planning Clinic can be a place to turn, especially for those without health insurance. “For those that are underinsured or uninsured, ... 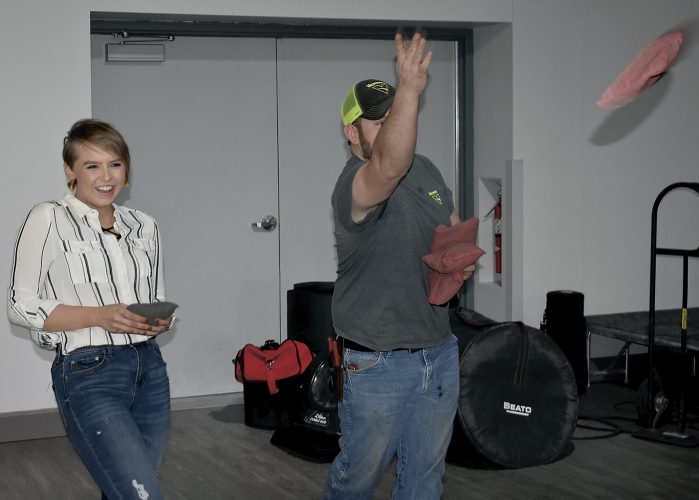 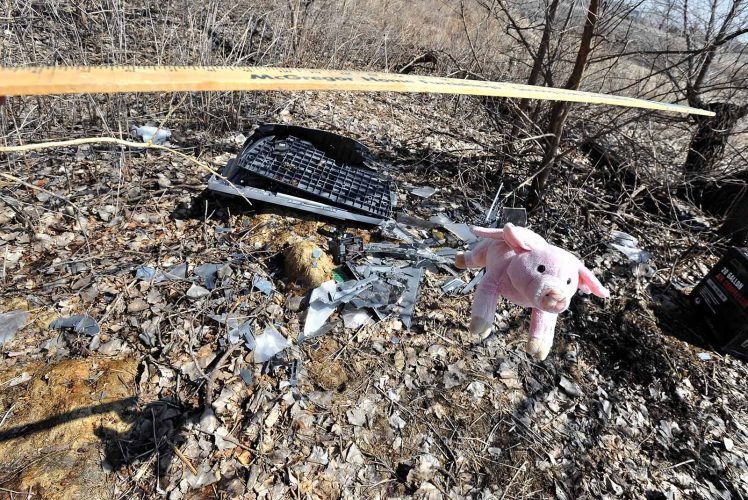 Weather conditions continue to leave gravel roads in Webster County in poor shape. Thawing, precipitation, fog, and overcast skies have combined to cause the granular surfaced roads in the county to become soft, Webster County Engineer Randy Will said Friday. The condition of the roads ... 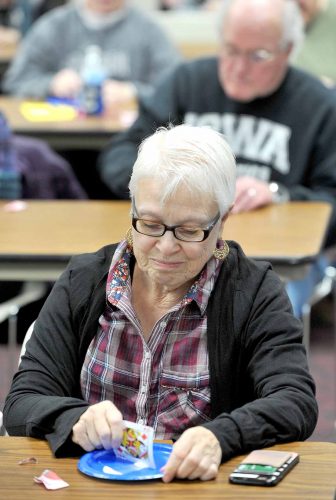 Fort Dodge Police Department Sgt. Don McLaren handed out some ordinary objects to the people who attended the presentation on the opioid epidemic Thursday afternoon at the Brown Bag Briefing in the Fort Dodge Public Library. They got a pink packet of artificial sweetener, a paper plate and ... 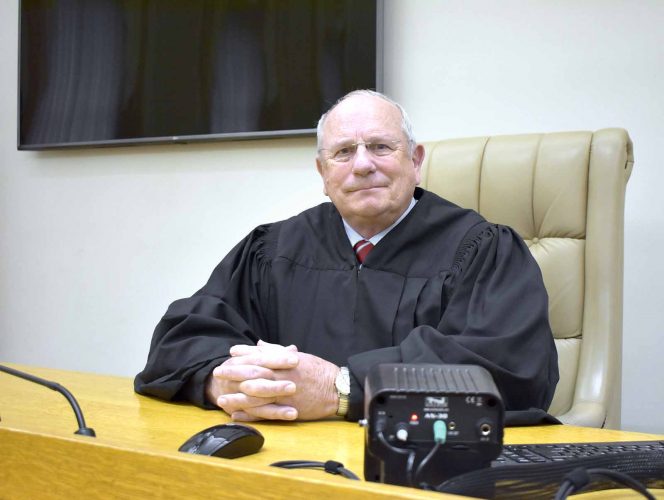 Last day on the bench

Judge Thomas Bice has found his work in the 2nd Judicial District to be very rewarding. One of his favorite aspects of being a judge includes “helping people resolve their disputes in a civilized, dignified manner.” “I’ve also enjoyed working with my colleagues, my court ...

Over the top: Fort Dodge donors help get drywall to Hamburg

Thanks to multiple generous donations, drywall from Fort Dodge will soon be loaded up and shipped to the flooded town of Hamburg. Matt Peters, an elementary and middle school teacher at Marnie Simons Elementary and Hamburg Middle School, started a fundraiser for the drywall on Tuesday. ...