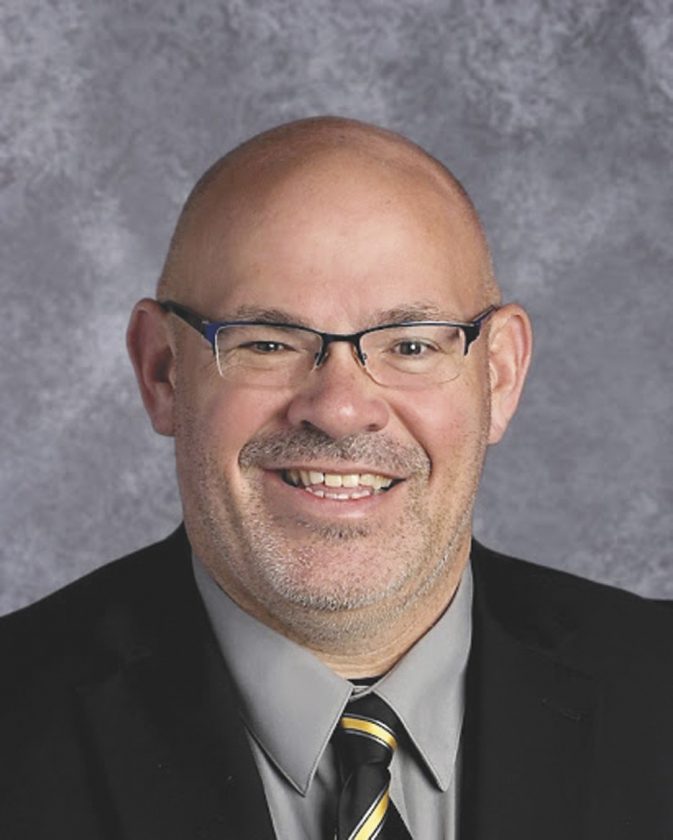 MANSON — A graduate of Manson Northwest Webster himself, Kevin Wood has spent the past 16 years working to help the community as a teacher and principal.

Starting July 1, though, Wood will turn in his Cougar colors for that of Sioux Central after being hired as superintendent of the school district recently. In his new role, he will also serve in a shared capacity with Clay Central-Everly and Laurens-Marathon.

“This was one of the toughest decisions I have had to make thus far in my career,” Wood said. “Leaving the MNW faculty, students and the community I have been a part of for over 30 years in some capacity is harder than I thought. I have received so many well wishes, congratulations and many people in shock surrounding the change, but this is a great opportunity for me to grow professionally and make an impact in another great district, Sioux Central CSD.

“Much of my family lives in the area and that was tough on them, however we are blessed with only having to drive just a short hour back to see family. This is a big move for not only myself and my wife (Dodie), but our four children will have some re-adjusting to do and overcome some changes heading their direction.”

Wood graduated from Manson Northwest Webster in 1995 and Iowa Central two years later. He continued his education at Buena Vista University, graduating from there in 2004.

In 2013, Wood obtained his master’s in PK-12 administration from the University of South Dakota and is on track to earn his education specialist master’s degree from USD this December.

“As a kid, I was encouraged to set my goals high and work hard to achieve those goals,” Wood said. “I took that approach as a student-athlete in high school and in college. I had several teachers/coaches that inspired me to move in the direction of education and coaching.”

Wood returned to MNW in 1997 after two years of school and football at Iowa Central, joining the staff as a paraprofessional and coach in three varsity sports. While earning his undergraduate degree from Buena Vista, he gained valuable experience working with special education students.

“I knew right away that was my goal, and I was going to work hard to get there. After gaining such great experiences as a paraeducator and teacher, I was ready to lead in a different capacity,” Wood said. “I started my master’s program with two other colleagues. We supported each other through the rigorous course work.”

In 2013, he applied for the 7-12 grade principal job at MNW, holding that role for seven years. Wood also coached numerous sports during that time, including wrestling, football and track.

“I was privileged and honored to lead several teachers, including some of the amazing instructors I had as a student at MNW,” he said. “I will certainly miss the staff, the students, the overall community support and the administrative team I was privileged to work with. Being an MNW student myself and continuing to progress through the leadership ladder, I have so many memories, friendships and family that make this such an emotional transition for me and my entire immediate family.”

Wood feels all of his years in different roles have prepared him for the new challenge ahead with Sioux Central. However, he also understands that those challenges have continued to evolve with each passing day.

“Our kids are bringing a lot more struggles with them today, at least that has been my perspective as a building principal,” Wood said. “As educators, we need to continue recognizing these things and supporting our students as best as we can.

“I am super excited to continue leading, but this will be in a slightly different capacity, as a superintendent of schools. I am looking forward to growing my network of colleagues, getting to know and work with an entire K-12 student body and staff, and plant our roots in another great community.”