From barn to BARn for Kollasch family

-Messenger photo by Karen Schwaller
The Joe and Amber Kollasch barn near Milford has been completely renovated by the family.

-Messenger photo by Karen Schwaller
Joe and Amber Kollasch are shown in the barn with their children, Nathan and Kayla. 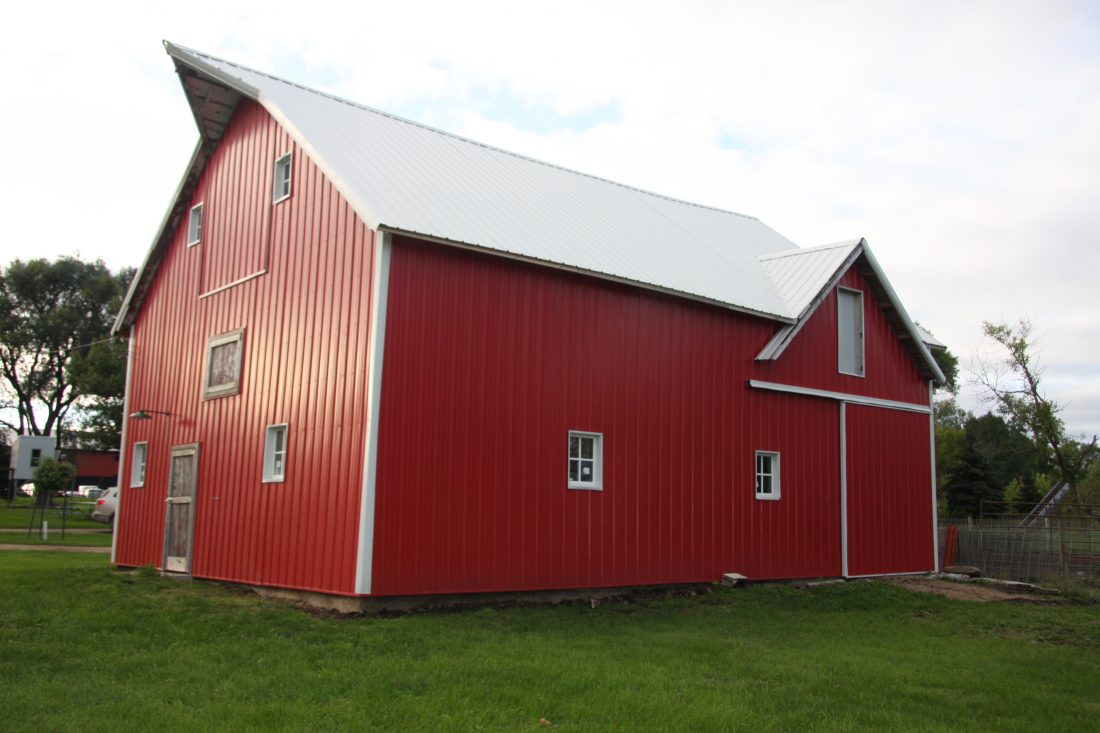 -Messenger photo by Karen Schwaller
The Joe and Amber Kollasch barn near Milford has been completely renovated by the family.

MILFORD — Joe and Amber Kollasch decided to renovate the barn on their acreage just east of Milford because they wanted more storage.

But now they can also entertain there.

The barn, standing when Joseph Berning, Joe Kollasch’s great-great-grandfather, moved there in 1912, measures 30 by 40 feet, and 26 feet to the top. It was originally red and featured a boulder foundation under part of it, a dirt floor, 11 milking stanchions, a milk room, a horse pen, granary that went from the floor up into the haymow, and a 7-foot ceiling.

The barn, which runs north and south on the long dimensions, once had another wing which sprung from the east side of the main barn. It was used to house sheep in the day.

At some point the barn was covered with white vinyl siding. 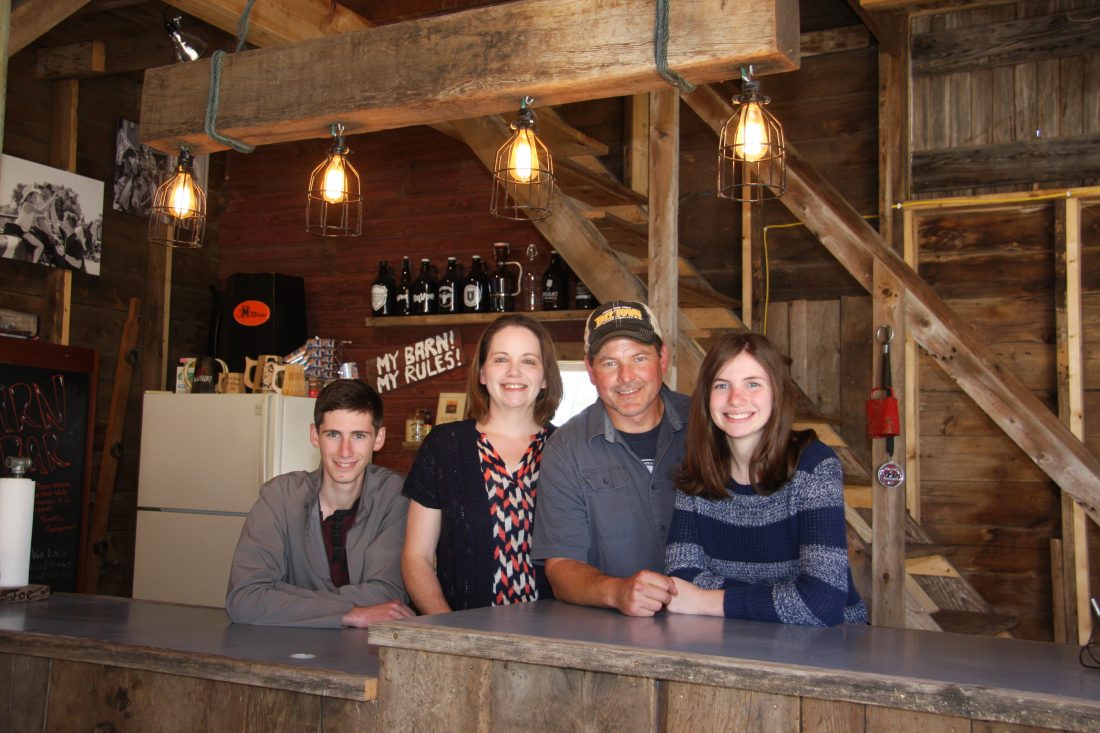 -Messenger photo by Karen Schwaller
Joe and Amber Kollasch are shown in the barn with their children, Nathan and Kayla.

“We started this project in 2016, and at the time we decided that part was in pretty bad shape so we didn’t save it,” said Kollasch, adding they also tore down the lean-to on the north end as well, due to its aging condition. Nearly all of the wood was sorted into piles for reuse on the inside.

None of the replacement windows are in the original places. Kollasch put a door on the north end of the barn, and raised the “ceiling” 3 feet so a rack of hay would fit inside. He also made the barn red again.

He said as they went along their vision began to change.

“I wanted to move the hydrant inside, and once I did that, we got to thinking about doing something else,” said Kollasch.

As talks ensued, they decided to make the south end into an area for entertainment, including a bar, sink, TV, and relaxation area with couches — including an old whiskey barrel with chairs on either side.

“I want to find a checker board to go on the barrel,” said Kollasch.

While they wanted to keep the feel of the original barn, they poured some new concrete in part of it int June, keeping some of the original concrete. They also used some exterior wood to line and decorate the interior.

The Kollasch family built stairs to the loft and even built a raised floor for the bar area. The original concrete slopes underneath the bar area, so it was easier to build over it than to tear that out. They used old pallets for the flooring.

They turned the old barn work bench into a countertop, found an old wash tub for a sink, and brought in a discarded counter from the floral shop where Amber Kollasch works, to use for a bar/counter. They even made some cupboards, complete with red barn-tin fronts.

The red barn siding by the sink was once on the west wall of the barn, and the board underneath the sink features several unknown peoples’ initials much of the way across.

The Kollasch family has decorated with vintage-looking barn lights, an old soft drink machine, and an old wooden feeder that Amber Kollasch wanted as part of the bar area.

“The barn is the most important part (of a farm),” Joe Kollasch said. “It’s history, and I’m proud that it’s been in the family all this time.”

The renovation has been a family project, with everyone taking an active role. Their daughter, Kayla Kollasch, said she can now begin to appreciate it.

“I can’t say I loved it because I hated it,” she said. “It was hard to stick with it, but I had no choice. Now I can talk about it with people.”