‘Friends instead of competitors’ 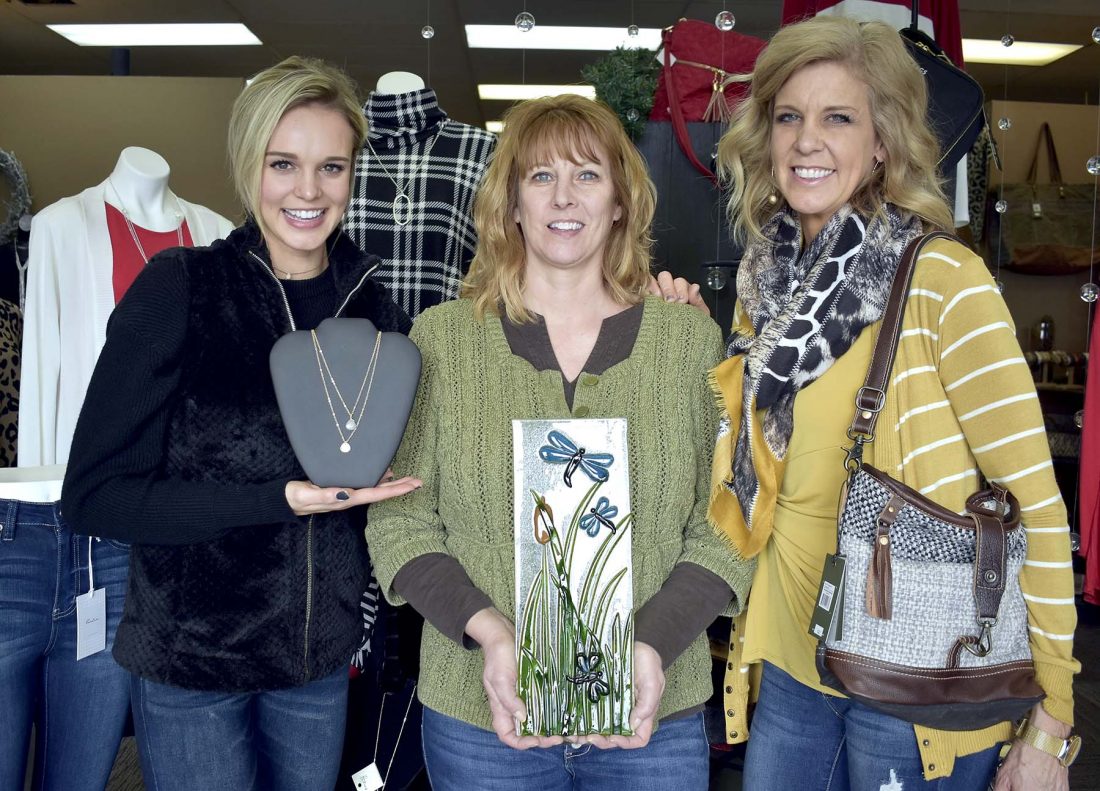 Business owners in Fort Dodge are collaborating to bring an event to the downtown on Saturday which could leave one lucky customer with lots of gift cards.

The event called, Sister Saturday, is this Saturday from 10 a.m. to 4 p.m.

Fourteen businesses, including Rush Hour Clothing Co., will be participating.

“We will give a punch card to each person who enters one of the stores,” said Jill Bush, co-owner of Rush Hour. “You go from shop to shop and get a punch. If you get five punches on your card, you get entered into a door prize drawing.”

The prize is a $25 gift card to each of the participating businesses.

“This is going to be a big one,” Bush said. “It’s a good way to get people into new businesses.”

Sister Saturday has been a tradition now for about seven years, Bush said. She said the event is usually held around Valentine’s Day.

And there’s something else enticing about Sister Saturday.

“We usually have drinks and snacks,” Bush said.

“We have always had a close relationship,” Engler, of Fort Dodge, said. “And it’s nice to have her as a business partner, seeing her every day.”

Different stores will have different promotions for Sister Saturday, an event that encourages people to bring their sister or “bestie.”

At Rush Hour, customers will receive $5 off a $25 purchase.

Those who bring their “bestie” to Studio Fusion, will get 15% off a project, according to owner Heather Applegate.

Studio Fusion is an open space where people can come and create fused glass, pottery, ceramics and canvas art.

“We help them through the whole process and we also offer classes in different techniques,” Applegate said.

Applegate, a native of Callender, worked as a dental assistant for 25 years before she entered into her own business.

She purchased Studio Fusion in 2014.

“Glass is my passion,” Applegate said. “It’s fun helping people make something they are really proud of and to see people’s faces when they pick up their stuff.”

She’s enjoyed having a business in the downtown.

“It’s nice we are all connected and friends instead of competitors,” Applegate said. “We always promote each other’s businesses. And I have a lot of new friends.”

Bonnie Gerdes, owner of Homespun Collection, said Sister Saturday is an opportunity for people to get out of the house and have some fun.

“It’s been so cold and yucky,” Gerdes said. “It’s just nice to get out. Get people to bring a friend and explore the downtown stores.”

Her other daughter, Brady Allison Weller is an interior and graphic designer.

Homespun Collection had been located at Crossroads Mall for 13 years before it was moved to the downtown in March 2018.

Working with family has been a joy for Gerdes.

“We work together,” Gerdes said. “We are blessed to be able to work as a family.”