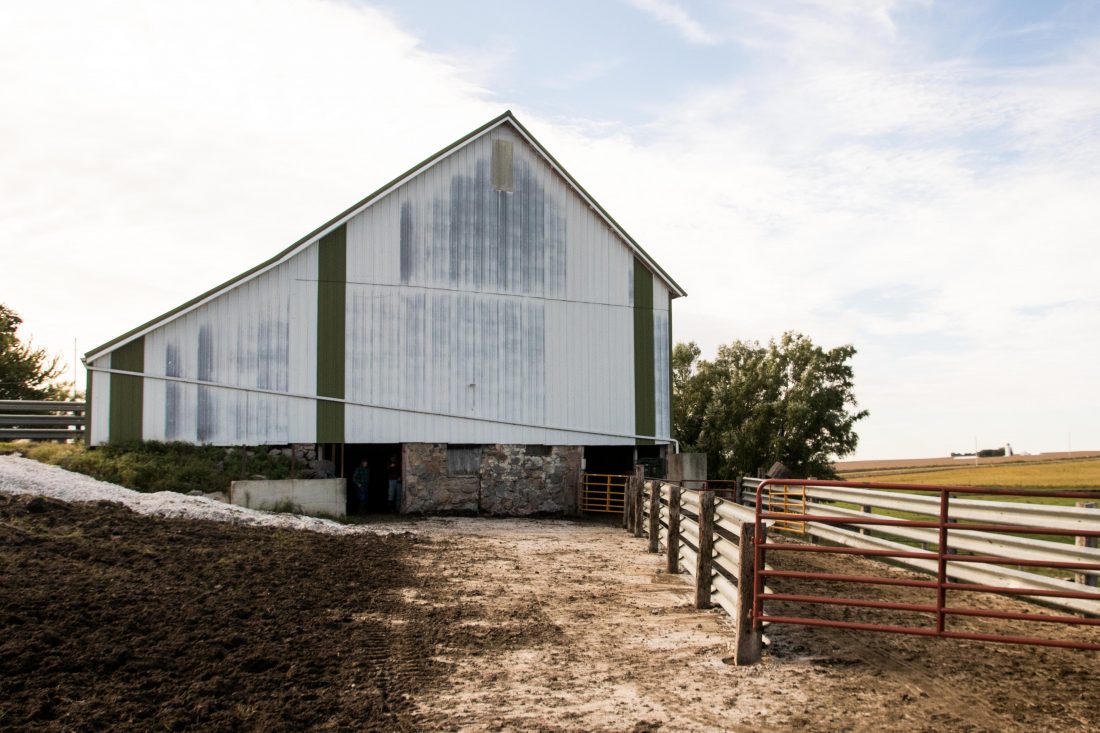 -Messenger photo by Darcy Dougherty Maulsby
This barn on the Hoffman farm in Sheridan Township in northern Carroll County was built in 1891.

-Messenger photo by Darcy Dougherty Maulsby
This barn on the Hoffman farm in Sheridan Township in northern Carroll County was built in 1891.

In 1891, Benjamin Harrison was president of the United States, the grand opening of the new Carnegie Hall wowed audiences in New York City, and a sturdy new peg barn was built on a Sheridan Township farm in northern Carroll County.

While the Schleisman family was associated with this barn for many years, Don Rowe knows the barn’s history starting in 1943.

“My family had been living west of Breda but moved over here when my parents bought this place from Lester Schleisman,” said Rowe, 86, who now lives in Breda with his wife, Mary Ann. “His family raised horses.”

What promised to be a new beginning took a turn no one could have anticipated, however. Rowe’s father, Harry, died six weeks after buying the Sheridan Township farm.

“He had a stroke following surgery,” Rowe said. “My mother, Mary, kept the farm going, though.”

The entire family pitched in to help their livestock and a crop farm succeed.

“We were dairy people,” said Rowe, who noted that his family typically milked 25 Holstein cows.

The cows were housed in the barn, which included not only dairy stanchions, but five sets of horse stalls on the west side of the barn. While Rowe continued in the dairy business for many years after he began farming full-time, he phased out of dairy cattle in February 1972.

“Then I got into stock cows,” said Rowe, who quit raising cattle around 2002.

Cattle still find shelter and comfort in the barn, now that the Hoffman family owns the property. Brian Hoffman, who lives around the section, uses the barn for stock cows and calving. While the barn, which is covered with white metal siding, may look nondescript from the road, the barn’s true character shines through on the opposite side, which can be accessed by walking down a hill from the south.

Here, and on the north side that faces nearby Elk Run Creek, a foundation of field rocks can be seen in the basement.

“Back then, the farmer dug a trench, put field rocks in it and then came in with horses and a slip scraper to dig the basement,” Rowe said.

Wooden oat chutes, which made it easier to feed oats from bins on the main level, are visible in the ceiling. Whiskey barrels were once stacked together and filled with cement to support the large wooden support beams located in the basement. The persistent mews of tiny kittens in a manger can be heard in the basement once the calves have moved to pasture and the tiny felines have the run of the place.

“I like the older barns,” said Hoffman, who bought the former Rowe acreage in 2005 with his brother, Mark. “Every spring we do all our calving in this barn. A lot of living has gone on in these old barns for many years, and it continues.” 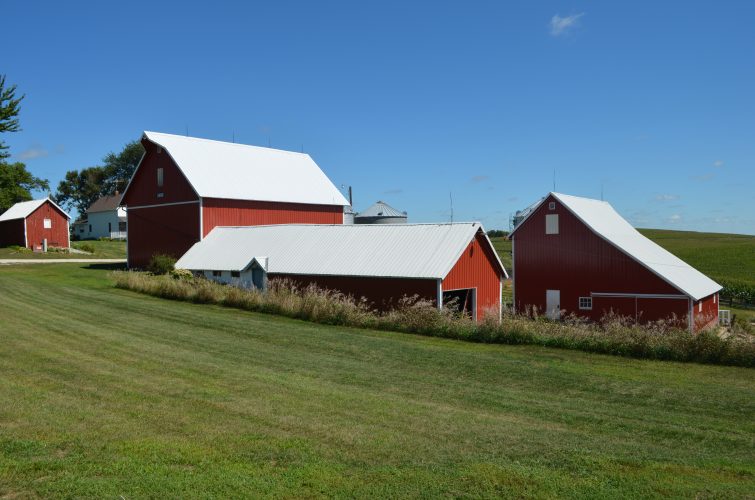