Burger King has a new look

-Messenger photo by Chad Thompson
Some of Burger King’s signature items including a a Whopper, an original chicken sandwich, fries and onion rings, are displayed on the tray. 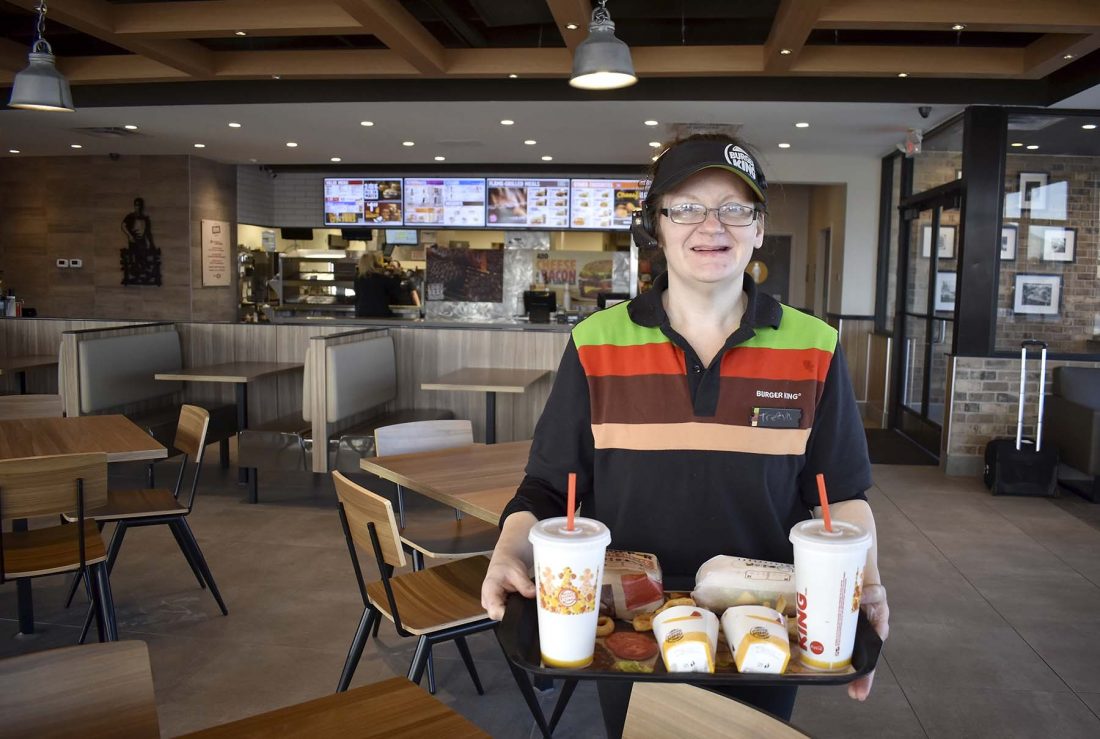 When customers sit down to enjoy their next Whopper at Burger King in Fort Dodge, they’ll notice a redesigned dining area with an open concept and wood tone floors, tables and chairs.

The restaurant, which is operated by the Tasty King franchise, underwent an extensive remodel in recent months. It was finished in October.

Tasty King has remodeled about 40 Burger King stores in Missouri, Kansas and Iowa. It owns about 68 stores, 20 of which are in Iowa.

“We felt it was very timely for us to do it,” said Robert Rodriguez, CEO of Tasty King, headquartered in Los Angeles. “As we looked at the restaurants we had, the restaurants, in our opinion, were not relevant to consumer needs today and particularly millennials.”

Each remodel costs between $500,000 and $1 million, according to Rodriguez. 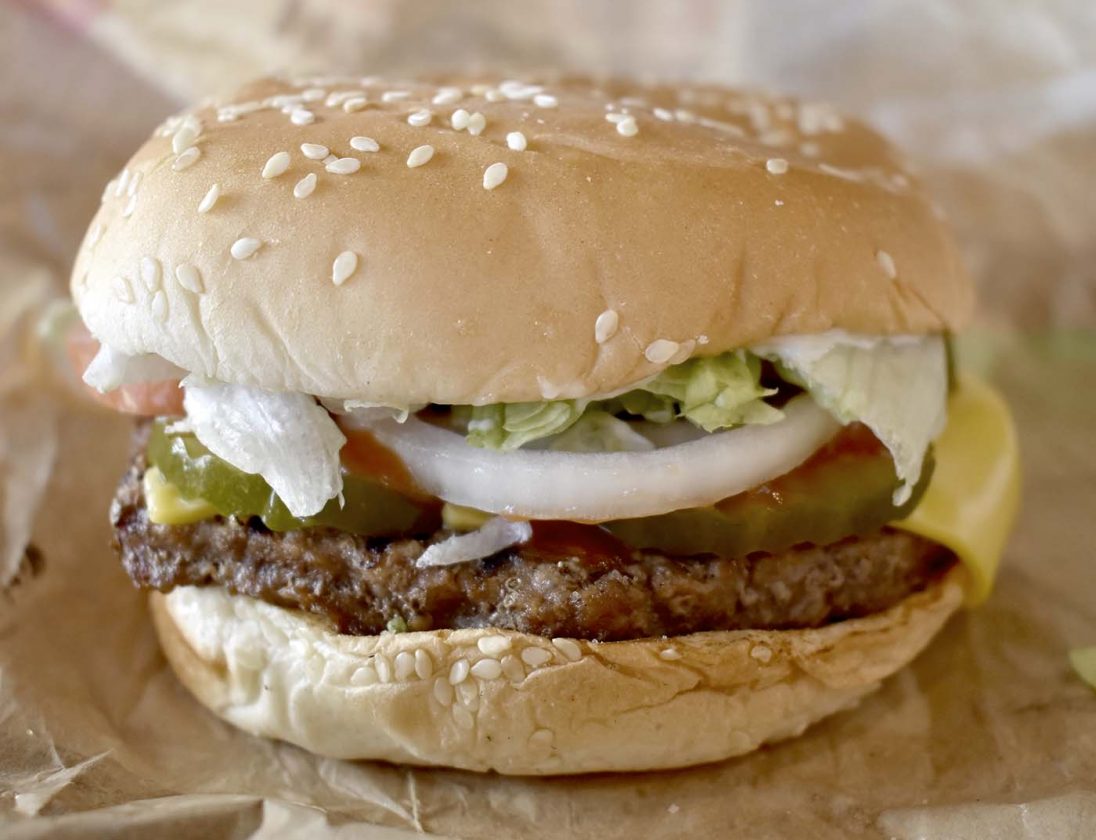 The reimagined interior of the restaurant features digital menu boards and a variety of seating options — high tables, low tables, booths and some soft seating.

The restaurant seats a maximum of about 88 customers.

“These remodels are very inviting to our guests, particularly the dining room area,” Rodriguez said. “They have taken a theme of flame broiled burgers and created the indoor as an upscale barbecue kind of theme. As you walk into our door, we put a collage of the history of our brand. Some people don’t know the history, so we have pictures to tell the customers about it.”

Bill Woods, director of operations for Tasty King’s Iowa branch, is pleased with the vibe of the dining space.

“We think the color schemes, the layout, the open space, sets it up to be a beautiful look,” Woods said during a visit to Fort Dodge. “The wood layout, the new floors just makes it pop. We have had nothing but compliments since we reopened with the new look. It’s a breath of fresh air seeing something so beautiful.” 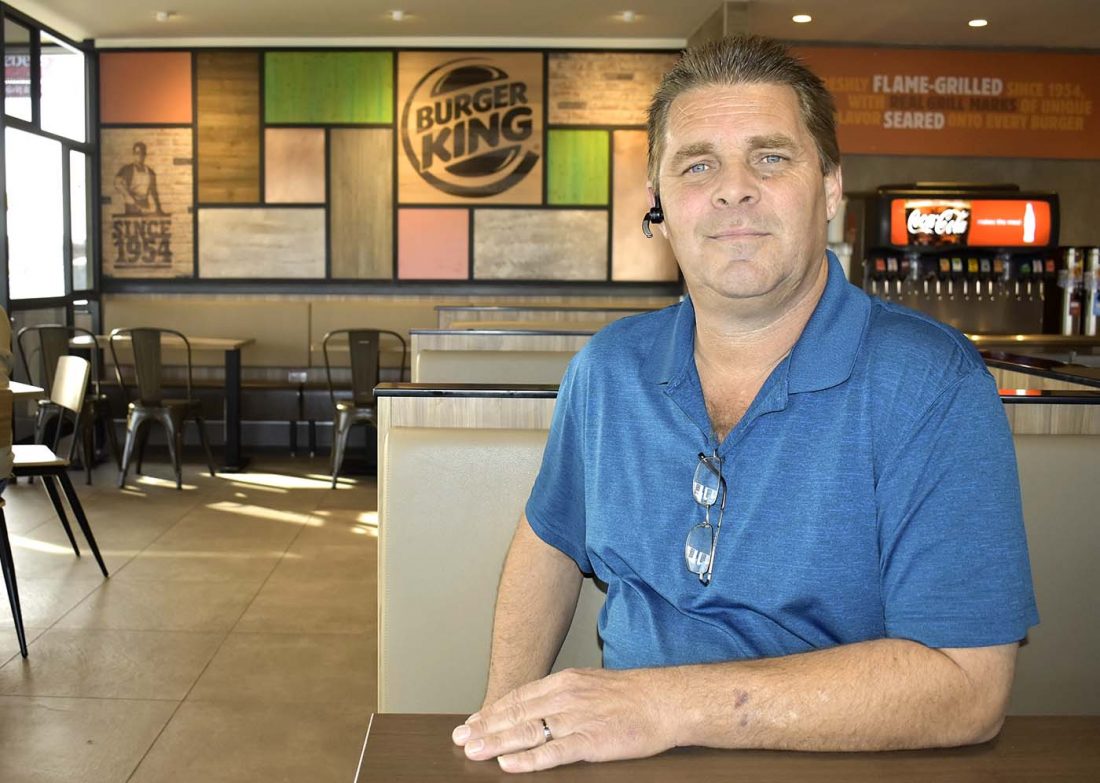 Woods said the remodel has also resulted in an uptick in sales.

Brighter LED lights shine outside of the restaurant. And Woods said the pole sign will also be refaced and relit in the coming days.

“The outside should be very well lit,” Rodriguez said. “Making it safe for our customers.”

Dual lane drive-thrus allow for the flow of customers to get their orders in quickly, according to Woods, who said the name of the game is speed.

“Speed is everything to us,” Woods said. “This particular unit does a fabulous job on speed. Our GM here takes a lot of pride on that.” 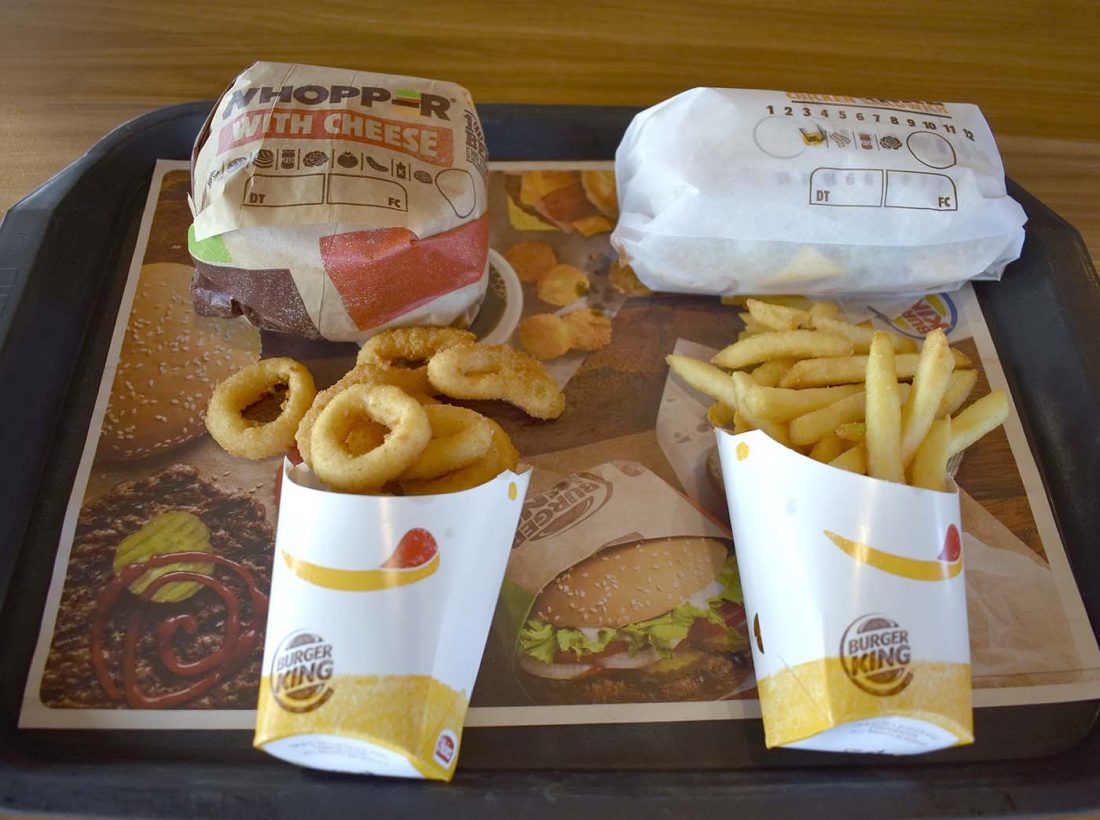 -Messenger photo by Chad Thompson
Some of Burger King’s signature items including a a Whopper, an original chicken sandwich, fries and onion rings, are displayed on the tray.

Seventeen people are employed at the Fort Dodge location.

The general manager at the Fort Dodge Burger King is Julie Hiracheta, who has worked there since 2005.

She likes the new look.

Hiracheta said in addition to the Whopper, the original chicken sandwich is a local favorite.

The Impossible Whopper is a nonmeat substitute that is not considered vegetable-based, Woods said.

“The Impossible Whopper tastes like beef,” Woods said. “People sometimes don’t want that beef, but still like the quality and taste of a Whopper. It’s the same quality. We use the same fresh ingredients. People just can’t tell. But it’s a great substitute for them.”

“Our croissant sandwiches are our number one seller,” Woods said. “Those come in the choice of bacon, ham, or sausage.”

Woods added, “Right now in this market we are doing our fresh egg breakfast test. Our new breakfast test is using fresh and cracked eggs every morning.”

“Our pricing has always been kept where people can afford to come in,” Woods said. “We have our value meals — two for $6 mix and match. Several lower-priced items like our dollar tacos or chicken nuggets. We want to make it so families can come in and have an affordable meal anytime they want.”

In terms of burgers, Woods said the Whopper is number one.

“We believe when the product is done correctly, it’s competitive with any burger in the industry,” Rodriguez said. “Our loyal consumers, when we take care of them and do it properly, they come back again and again. We are very pleased Burger King allowed us to be a franchisee in their system.”