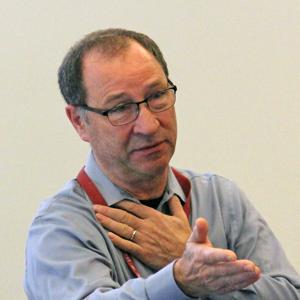 It has been announced that Brian Stevenson, general manager of B. Stevenson Associates LLC will be speaking at the 2019 Farm News Ag Show.

Stevenson is scheduled to speak on Thursday, Dec. 5 at 1 p.m. and will be presenting “Grow for a purpose: join the change in agriculture.”

Some thoughts to consider about his presentation, he said are for what is grown, are those products being used for its best purpose? Do they support a brand? Does it help make ag more sustainable?

“I can tell you that consumers and those who own consumer brands want to get closer to the farmer,” he said. “Think of the case of Cheerios. One day, Cheerios enjoyed one of the most wholesome reputations in the world. Nearly every mom who had a youngster took Cheerios in a small bag for their children to snack on during the day. Now, it has been found that Cheerios had/have traces of Glyphosate. That is a big problem for the brand and one that the procurement department at General Mills must solve. Think they are buying for a purpose? Is there an opportunity for farmers who raise oats to grow for a purpose? Is there an opportunity for the supply chain to help General Mills with this problem? You bet. Should high oil corn go into an ethanol plant or should high carbohydrate corn go to an ethanol plant? Which is more sustainable? There are many more examples. Value can be extracted if the farmer knows what qualities their grains have.”

Stevenson said all persons along the ag-value chain, even will benefit from listening in on his presentation.

The takeaway, Stevenson said people can gain from attending his presentation is that growing grains and earning value does not end at the end of the combine spout.

“Every kernel of corn has its best purpose for use if it is known what characteristics exist in that kernel,” he said. “Just because we have a lot of grain stocks today, does not mean we will in the future. The emerging middle class in the world is discovering that hamburgers and fries taste good. It takes a lot of grain and soybeans to solve that problem. If farmers know what quality they grow, there will be a market for something other than just U.S. No. 2 yellow corn. The world is changing. There will always be room for the commodity grain growers, but those folks will have to understand they will be competing with other world commodity growers. Is that long term sustainable?

Stevenson was raised on a grain and cattle farm in NE Missouri near Kirksville. He was in FFA and was President of the local and sub-district chapters earning the State Farmer Degree.

He went to the University of Missouri, earning a degree in ag economy in 1976. From there, he went into the grain merchandising world starting his career in Hartley, buying from farmers and local first originators and selling to feed yards, processing plants, and into the export market, working for Cook Industries back then.

In 1977, he joined ADM and moved to Decatur, then to Lincoln, Neb and finally to Red Wing, Mn. all before 1978. In Red Wing, Mn., he worked in a processing plant that used Soybeans, Sun Seeds and Flax to make oils and meals.

“It was there that I first was introduced to the idea of paying for the quality of the grain in order to encourage farmers to produce a product that best suited our processing plant,” he said.

In 1979, he joined an export grain firm, TradiGrain that was based in Geneva, Switzerland to trade/move U.S. and Canadian grains to other areas of the world.

“I was always stationed in the U.S., but traveled to a lot of grain demand countries of the world,” he said. “I worked for TradiGrain for 17.5 years. TradiGrain was purchased by Farmland Industries in Kansas City and I joined Farmland Grain as director of marketing for their grain division in Kansas City.”

In that position, Stevenson managed the traders and grain positions of the company as they originated grains from all over the U.S. to send to demand both domestically and internationally. He also managed a five person office in Mexico City where Farmland grain was building business. Again in the 1990s, he said he was introduced to the idea of using grain for a purpose when a hog producer in Mexico asked for high oil corn to provide more energy for their feed.

“We bought that corn from Baird, Iowa (at a premium) and shipped it to Mexico,” he said.

In 1997, I joined a company in Kansas City called Interstate Bakeries, Corp. At IBC, he was SVP, Director of Procurement and a member of the senior management team. That company was the largest baker in the U.S. at the time with over $3.5 billion in turn over.

“We produced great brands like Wonder Bread, Hostess, Butternut, Dolly Madison and other fresh breads and sweet goods,” he said. “There I was introduced to the issues around buying for a purpose and that was to help keep our plants running smoothly and provide great/safe products for our consumers.”

In 2005, he formed B. Stevenson Associates, LLC to help folks all along the ag value chain.

“I have or have had clients that are farmers – my favorite clients and ones I still have today, first originators of grains, trade associations, ingredients companies, feed companies, ethanol companies, branded food companies and even a company that has grocery stores,” he said. “I know and understand the ag value chain.”

The Farm News Ag Show will be held Dec. 4-5 at the Iowa Central Community College east campus in Fort Dodge.