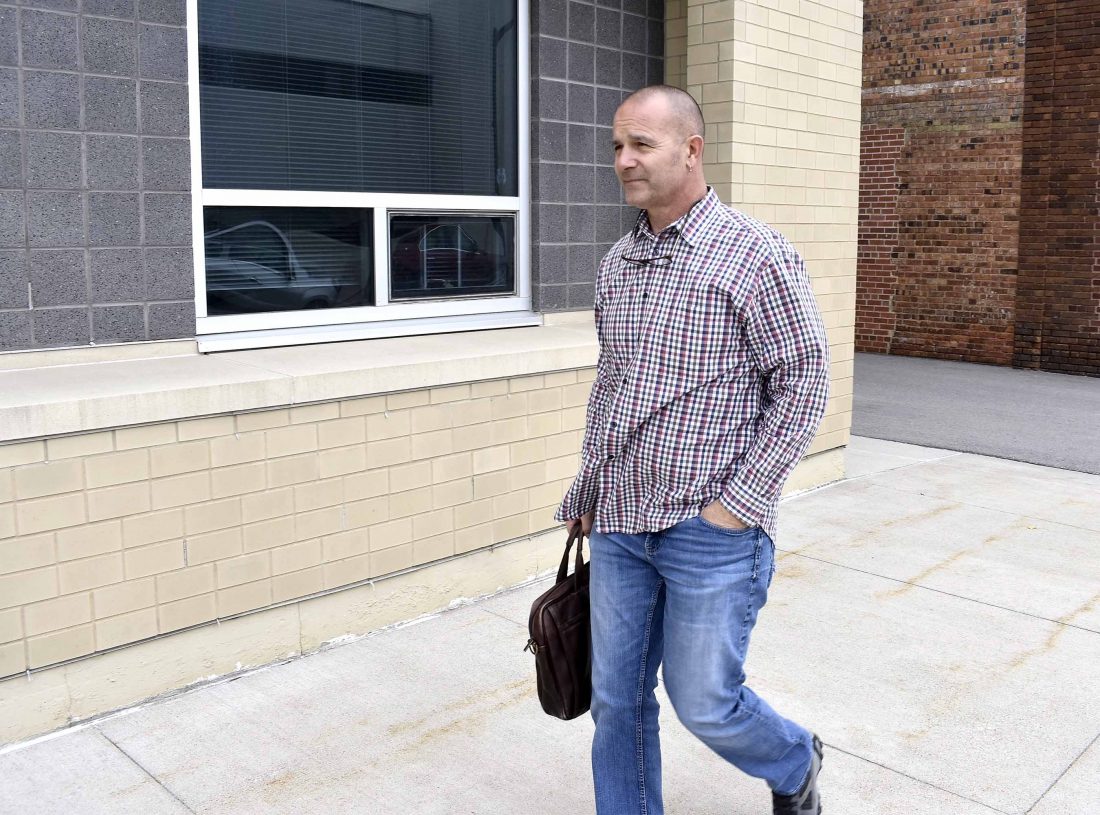 But it has happened.

“I got a call one night from a guy in jail in Denison,” Moore recalled from his Fort Dodge office, 728 First Ave. N. “He was from out of state.”

That call came in around midnight, he said. 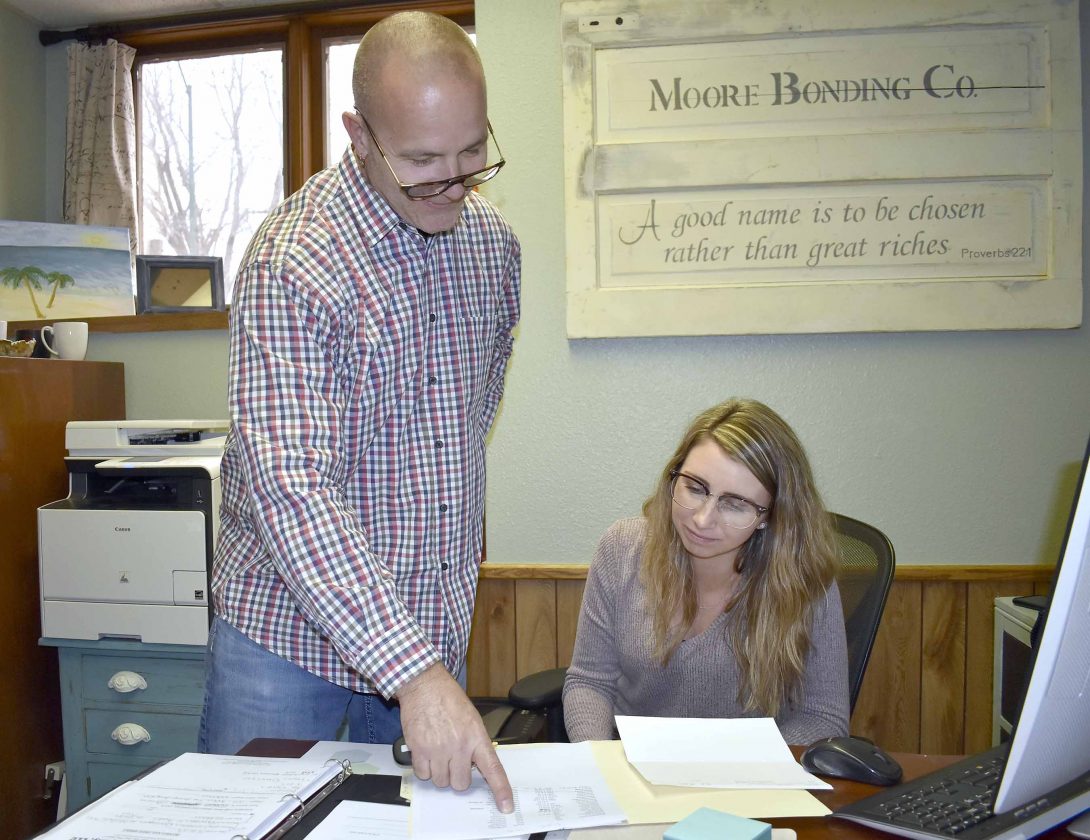 “I drove to Denison and I got him out with no co-signer,” Moore said. “He paid the total bond.”

Just a few hours later, after Moore went to bed, he received another call.

This time it was from someone in Sac County.

“It was the same guy on the same charges in Sac City,” he said. 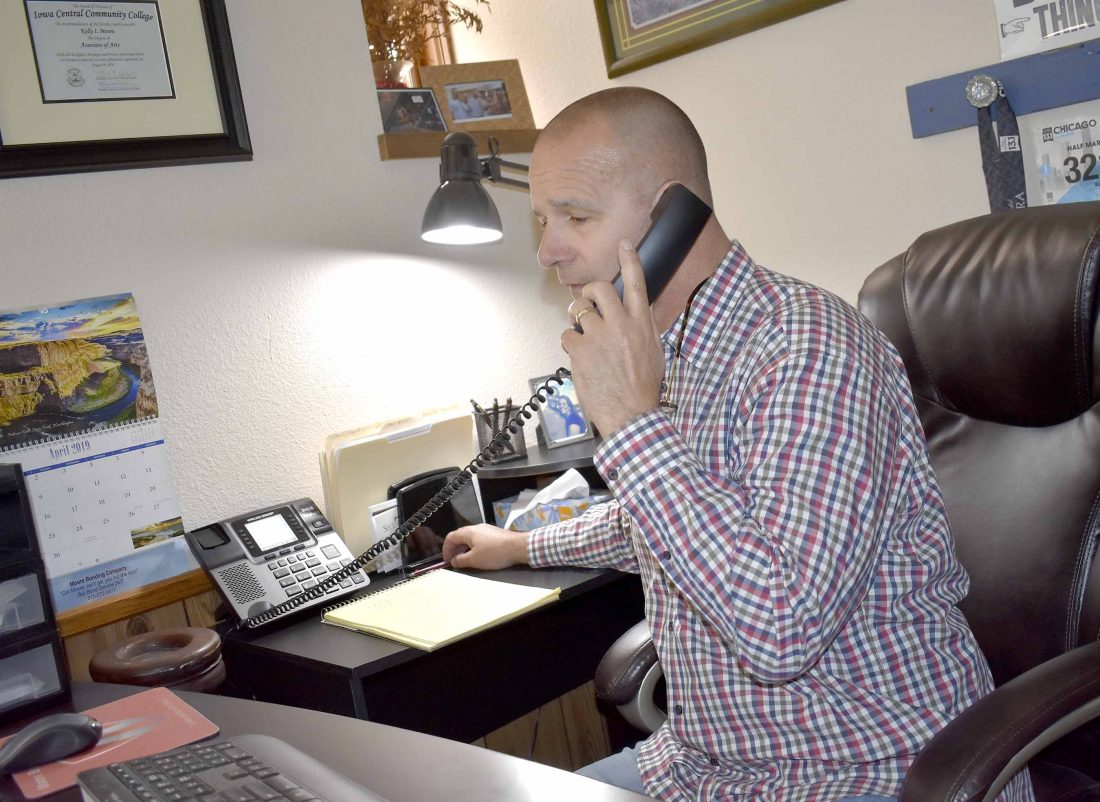 “I actually started laughing and said is this the guy I just went to Denison and got?” he said. “It turned out it was, so I went and got him again at 3 a.m.”

Moore, who is on call 24/7, said oftentimes the phone will ring when he turns in for the night or sits down for a meal.

“The least time when you think you are going to get a bond, that’s when you get it,” Moore said.

And he said there’s no use in trying to be prepared for busier times of the week.

He added, “The good thing is people are listening to advice on those holidays and not being stupid.”

The irregular hours and unpredictability of the job are aspects Moore embraces.

“That’s the name of the game, and I am prepared for it,” he said. “It can be a little overwhelming sometimes, but less so now with my assistant. My son (Lucas) is licensed and we are just trying to grow a small business. We are entering our fifth year, so hopefully we keep doing things right.”

“Keely has been a great help,” Moore said. “She takes phone calls, she does all of the Bail Vision documentation. There’s a lot of paperwork.”

“She updates our list of people who should have been in court for that day,” he said.

Not everyone who calls Moore, gets a bond.

“Out of every four to five bond calls we get, we will write one,” Moore said. “Not everyone who calls is going to be a good risk. You get a lot of high-risk calls. That 10 percent fee doesn’t mean much when you lose 100 percent of the bond. We are guaranteeing the defendant’s appearance in court, or we lose the money.”

Moore, who holds a bachelor’s degree in criminal justice from Buena Vista University in Storm Lake, said he works with clients to make sure they make it to court.

“We work really hard to get our clients to show up,” he said. “We text them a week and a day before every court appearance.”

According to Moore, he has even driven people to court a few times.

Moore will typically travel up to 100 miles to bail someone out. He’s licensed to bond anywhere in the state of Iowa.

Aside from the Webster County Jail in Fort Dodge, Moore has been to Algona, Carroll, Clarion, Emmetsburg, Mason City, Storm Lake, and Webster City.

“There are about 15 or 16 jails within 60 or 70 miles of us that we go to.” he said. “But we have been as far away as Clinton and then Rock Rapids in the northeast corner.”

Once at the jail, Moore said it’s about a 20 to 30 minute process to get someone out.

“If a person is able to come up with the fee and the co-signer on their bond then it’s pretty easy to get them out,” he said. “And then the bond, it’s an appearance bond and it lasts throughout the case until it’s over. They have to go to each and every one. So we are following up throughout the case with new court dates and entering those in our system.”

“Once the case is resolved then the bond is released or exonerated,” Moore said. “We don’t want bonds forfeited, we want them exonerated with good appearances. Those are the people we look for are the ones who won’t skip.”

Moore, a Twin Lakes native, has previous experience as a substance abuse counselor. He was also a pastor for about 15 years.

He said the bail bonds business is one he “fell into.”

“I got a part time job as a bail bond agent just writing the bail for a big company,” he said. “They call you and you write it. You just do the paperwork. My oldest son and my wife kind of pushed me into starting it and I am really glad I did.”

He enjoys being part of the criminal justice process.

“It is a right as a citizen to be able to post bail,” he said. “It’s the Eighth Amendment, and it really works well when you have a bondsman that does what he’s supposed to.”