-Messenger photo by Hans Madsen Linda Donner takes time to sit for a potrait recently. Donner is involved with several local organizations including the annual Dragon Boat races and Relay For Life.

-Messenger photo by Hans Madsen Linda Donner, center, walks with members and supporters of the Angels Abreast team during the recent American Cancer Society Relay For Life of Webster County on the City Square in Fort Dodge.

-Messenger photo by Hans Madsen Linda Donner, center, visits with her granddaughters, Alex Tiernan, 12, at left, and Alizzy Tiernan, 7, during the American Cancer Society Relay For Life of Webster County on the City Square. Tom Donner, himself a cancer survivor, watches from his lawn chair. 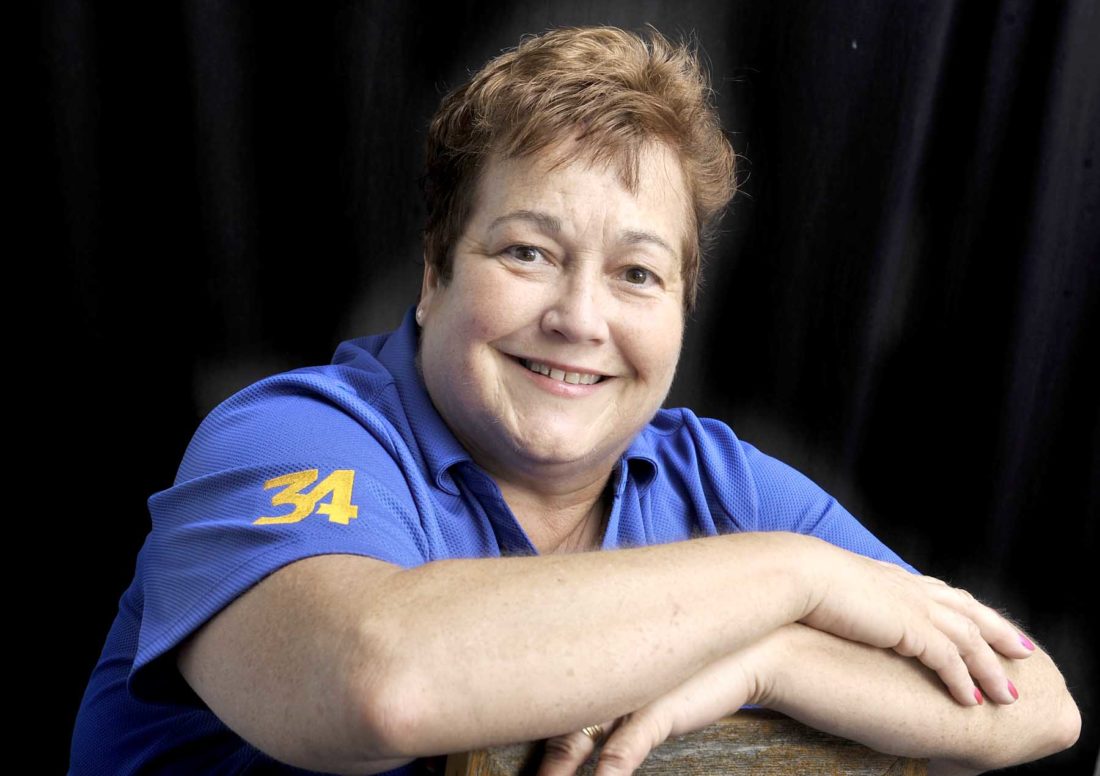 -Messenger photo by Hans Madsen Linda Donner takes time to sit for a potrait recently. Donner is involved with several local organizations including the annual Dragon Boat races and Relay For Life.

That saying, the apple doesn’t fall far from the tree?

It can be applied to Linda Donner.

Since 1981, when she and her husband, Tom Donner, moved to Fort Dodge right after he finished pharmacy school, Linda Donner has been, you could say, channeling her inner Lucy Olson.

Olson was Linda Donner’s mother, a powerhouse of doing. Donner credits Olson for setting her down a path of consistent service.

“I had a working mother, which was not that common back then,” Donner said. “But she also had five children, and she did everything for all of us. She was our room mother at school, our Girl Scout leader. She helped with church activities. She helped with everything from day camp to Bible school. My dad helped with Boy Scouts and was on the church council.” 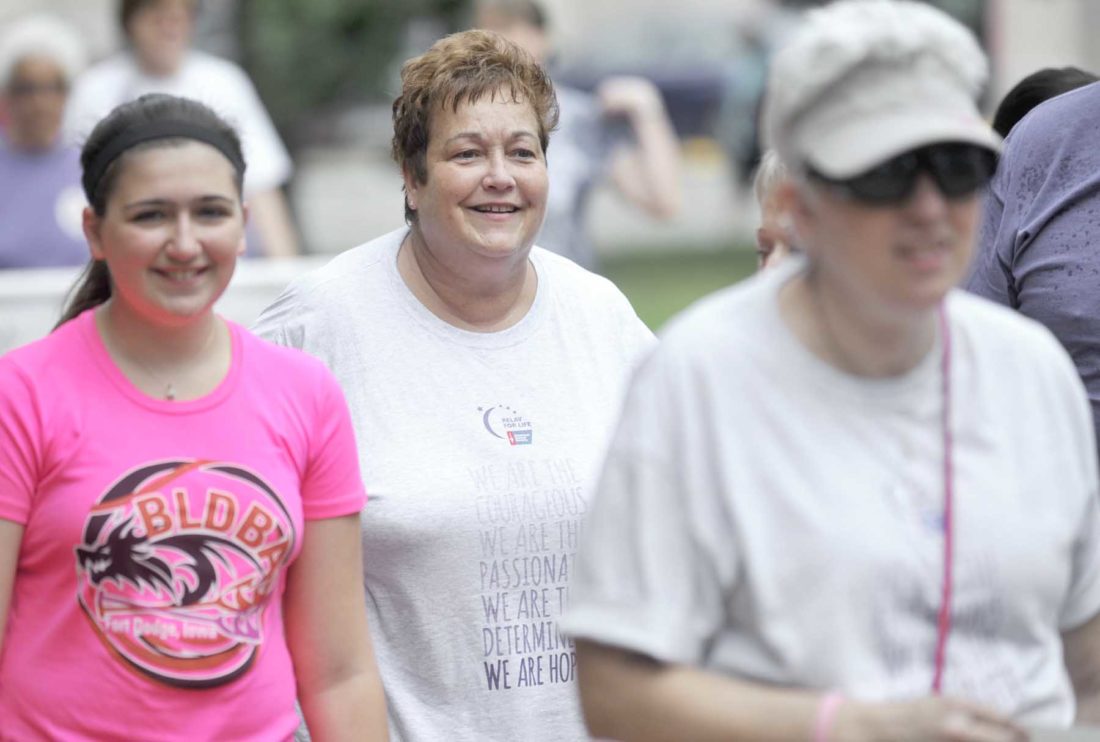 -Messenger photo by Hans Madsen Linda Donner, center, walks with members and supporters of the Angels Abreast team during the recent American Cancer Society Relay For Life of Webster County on the City Square in Fort Dodge.

Donner’s parents, Dean and Lucy Olson, were both pharmacists in Webster City, owning and operating Olson Pharmacy, located on the Hamilton County town’s main street. Of those five children, two are pharmacists, one is an attorney, another is an accomplished artist, and then, of course, there is Donner.

She hit the ground in Fort Dodge running.

“We moved here in the summer 1981,” she said. “I’m not sure which came first, room mother or Girl Scout leader. Christy was in first grade and I volunteered for both that year.”

Like her mother before her, Donner was a working mom. 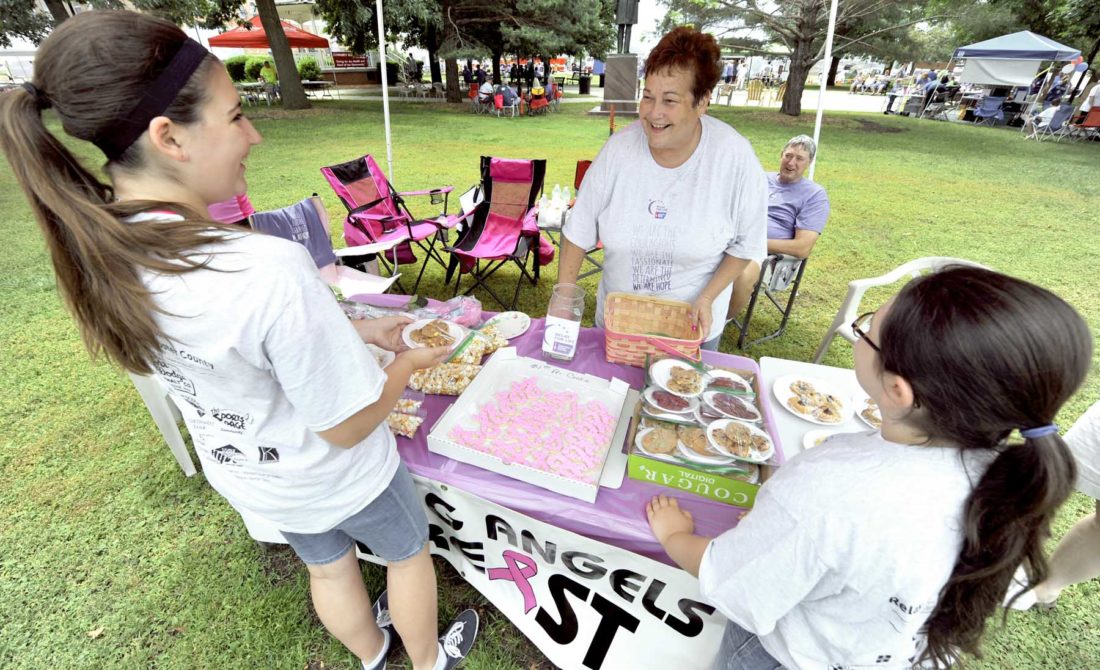 -Messenger photo by Hans Madsen Linda Donner, center, visits with her granddaughters, Alex Tiernan, 12, at left, and Alizzy Tiernan, 7, during the American Cancer Society Relay For Life of Webster County on the City Square. Tom Donner, himself a cancer survivor, watches from his lawn chair.

“When I first started at the bank I was a teller. My current titleis assistant vice president | technology engineer/project manager.”

The bank is First American in Fort Dodge.

“I started here at the bank in 1982. They have always encouraged the employees to be involved in the community. I was impressed when I first started that the bank would work my schedule around my Brownie meeting. Back then, Scout meetings were always after school.”

It was Scouts that gave Donner a felicitous star turn back when she was 16. She had gone on a Girl Scout exchange to New Jersey – “They totally expected us to be in coveralls” – and the father of the host family did public relations for the national organization. “We got to see David Cassidy live!”

“It aired for years. I was married and my brother-in-law saw it.”

Donner’s husband, Tom, is more than a partner in marriage. A native of rural Eldora whose mother was an active volunteer, he understood its importance.

“I saw how much my mom and dad gave back to the community, but I was also very lucky to have married a man that also volunteered a lot of his time, so we have been able to do it together.”

Their many friendships tend to center on activities that give back to the community. One of the strongest – and longest – of those is their friendship with Barb Michaels.

“Barb and I met through Girl Scouts. I was a leader and the neighborhood director when she came to town. She worked for the Girl Scouts. So when she was new in town we invited her for dinner. And learned she had been a teacher by profession. She offered to help one of my children with some tutoring. The more time we spent together, we soon learned we had both been raised by parents who taught us the value of giving back to the community. Her mother had been her Girl Scout leader also. So we shared the common background of volunteering. As our friendship evolved, she supported my volunteer efforts and I did the same for her.”

Michaels has deep respect for those friends.

“It’s people like Linda and Tom Donner that make Fort Dodge a great community. They give endlessly, rarely say no and don’t expect anything in return,” she said.

“They believe it is important to make our community a better place for their children, grandchildren and their children. Their efforts have contributed to the success of many events and causes over the years. I can say that because I know firsthand the value of their support to the many organizations I have been affiliated with.”

Linda Donner wants to be remembered for always wanting to make things better. “I just want the world to be a better place. I want it to be a clean, safe, healthy place.”

And don’t for a moment think that the community on which she has bestowed so many efforts hasn’t responded.

“I think the sense of community in Fort Dodge and in Iowa is what makes us so great. It’s people working together to make things happen and Iowans, especially Fort Dodgers, are never afraid to step up.”

So as that stepping up continues, a new generation hasn’t fallen far from the tree.

The Donners’ daughter, Christy Donner Tiernan, of Fort Dodge, is a Girl Scout leader, a basketball and volleyball coach, and serves on committees of the Iowa Pharmacy Association – yep, she’s a pharmacist too.

“Most of her volunteer work is with her girls and their school and recreational activities,” Linda Donner said.

The years of service have created many memories. Donner cited one favorite.

“Tom and I both have been involved for over 20 years in the Badger Lake Dragon Boat Bash. But last summer at the Fort Dodge event we were able to give our granddaughters their first gold medal. They were on a team their Mom helped with as a volunteer. Seeing three generations all coming together was pretty cool.”

Like her mother before her, Linda Donner believes in being a living example.

“I don’t want them to just say it, I want them to be a part of whatever it is. They already do, as I said they are involved in dragon boating, the girls help with the style show for the breast cancer team, they walk in Relay for Life with us, they help their mother make kringla for the Heart Ball. The boys are not close enough to help locally or old enough yet to do a lot of it yet, but they will.”

“Most of what he does is coaching just about every sport the boys are in. He helps with soccer, basketball, baseball. He was a Boy Scout volunteer before he got married.

In all her years volunteering, Linda Donner says she can’t remember a disaster and there’s a good reason for that.

“I think volunteering brings the good in people out, so they just make the best of a bad situation.”

And while volunteering is work, it is work well worth the effort, she said.

“You always get more out of it than you give.”

The apple, it turns out, fell right at Linda Donner’s feet.

And, still, there’s so much to do.

“I would love a Fort Dodge where there was no homeless men, women or families. Where there are no hungry children or people, and our seniors were well taken care of. It would make me happy if every parent could spend quality time we their children and groups like Girl Scouts, 4-H, Boy Scouts could find plenty of good leaders. Fort Dodge is our home, and we just want to make it a better place to live.” 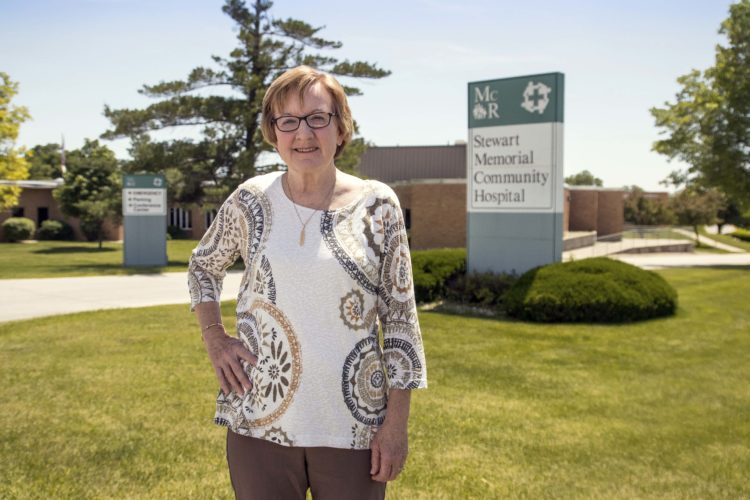 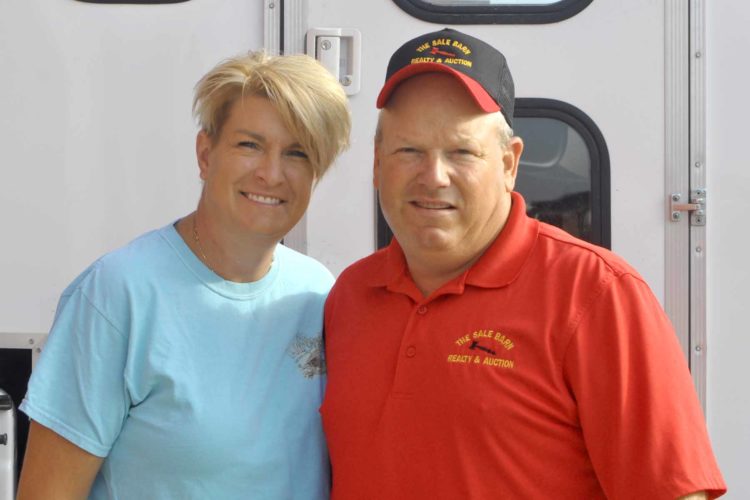 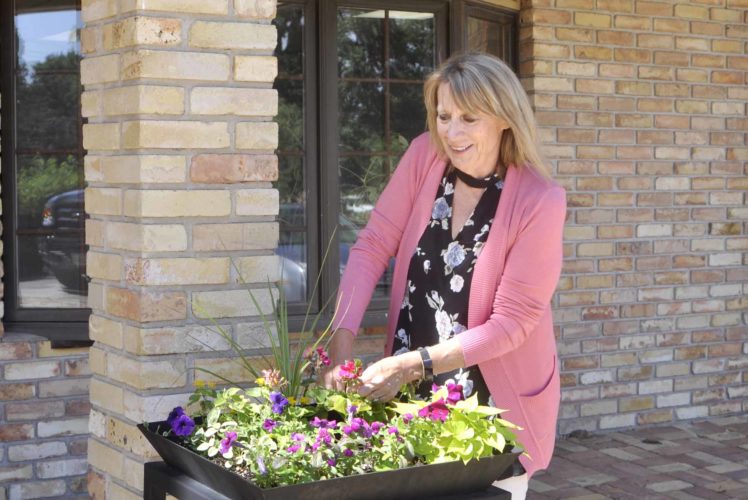 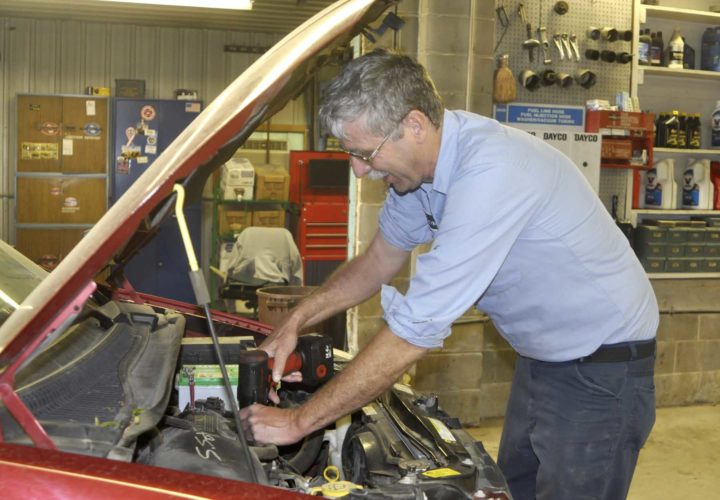 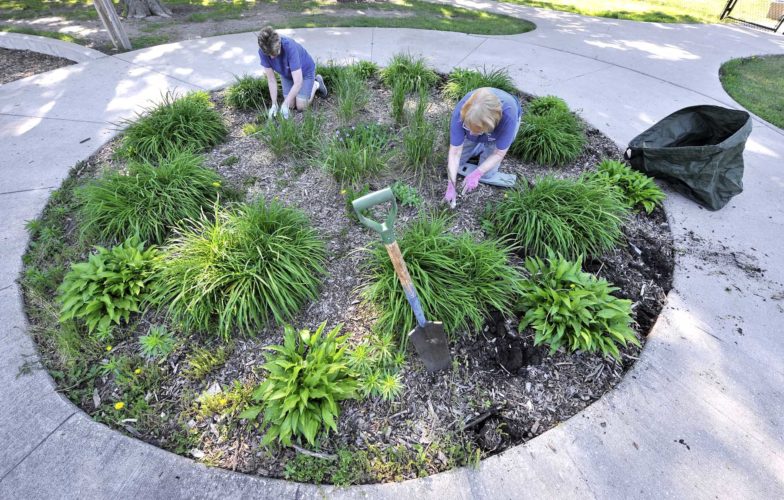 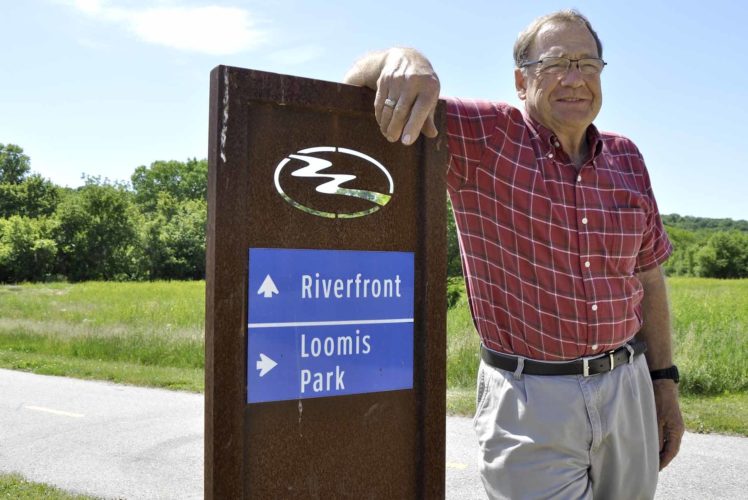