-Submitted photo
Curt Bacon’s father raced a BSA Gold Star, made in the 1960s, as seen in an old photo. 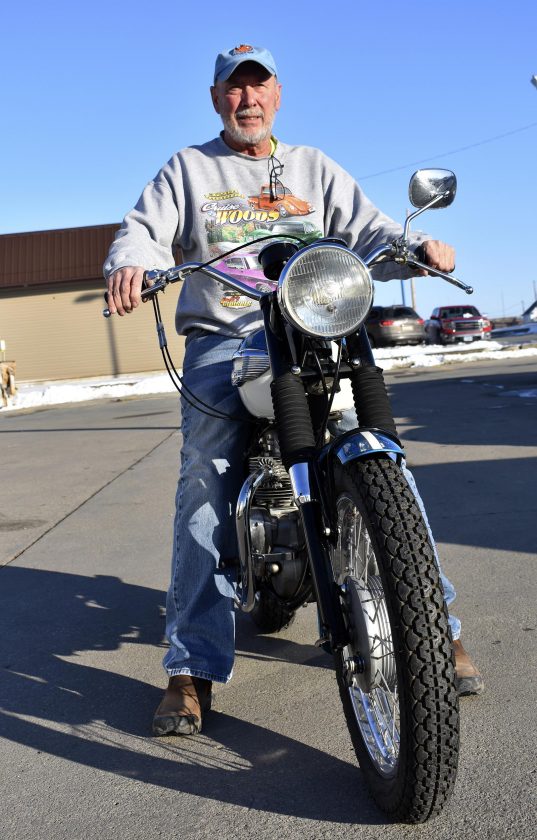 In the ever-changing world of auto body repair, Curt Bacon, a former motorcycle racer, has to keep up.

And though it might seem like a paradox, it’s fixing the kinds of motorcycles he pulled the throttle on for decades that relaxes him the most at age 66, providing an anchor through nostalgia to his industry’s breakneck pace.

His lunch on an average day consists of reading the latest industry journal, absorbing anything he can to make sure Curt Bacon Body Shop is not left in the dust.

“I’m just trying to learn and keep up with the pace,” he said as the reflection of the rich blue stripe on his Triumph Daytona 500 glimmered from the light through the office window. “Some other shops don’t keep up. We’re one of the shops that keeps up daily.”

Fifty-five years ago, he got hooked on motorcycles, mostly thanks to the passion instilled by his racing father, and he hasn’t stopped chasing it. 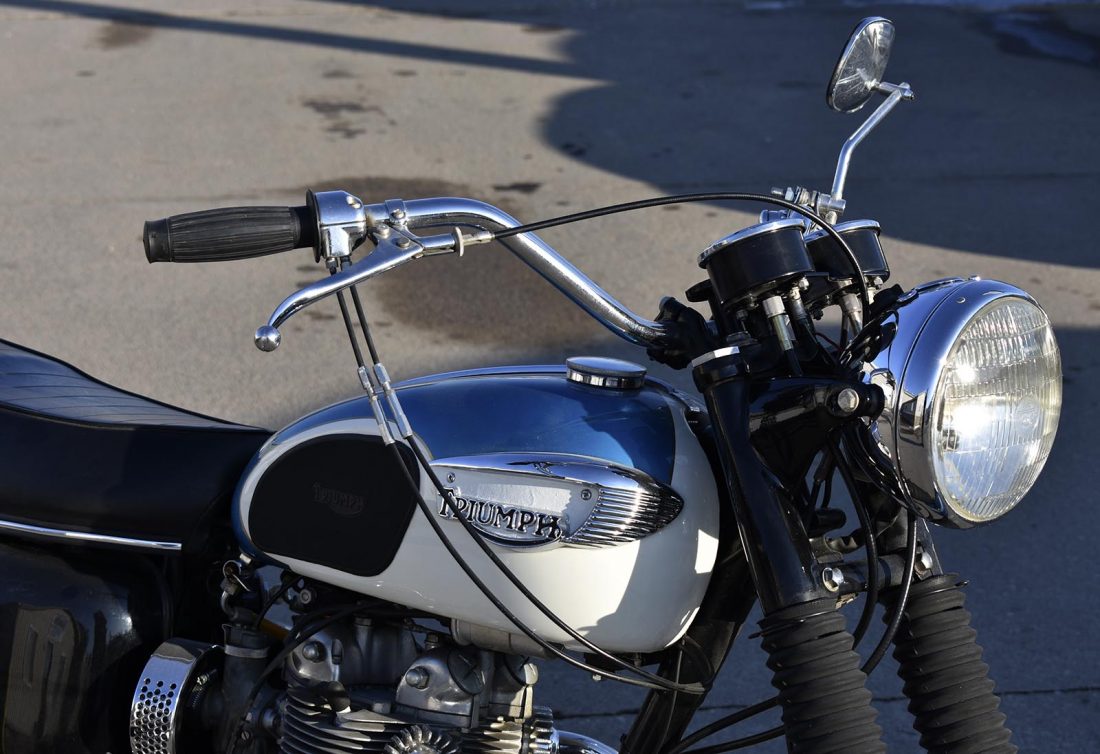 The hobby of racing has taken him to new exciting places.

“To the hospital a few times,” he chuckled, but all over Iowa and parts of Minnesota, as well. “You’d think you’d be nuts to get back on them again, but it’s the love of what you do.”

In his youth, Bacon broke both his collar bones and tore up a knee enough to require surgery, but he said he’d do it all over again and just try not to fall off.

“That goes with racing motorcycles,” he said. “You either like it or you don’t. The excitement of doing it keeps you going.”

Now, a different kind of excitement keeps him chasing the hobby, sometimes figuratively for parts and sometimes literally on the streets. 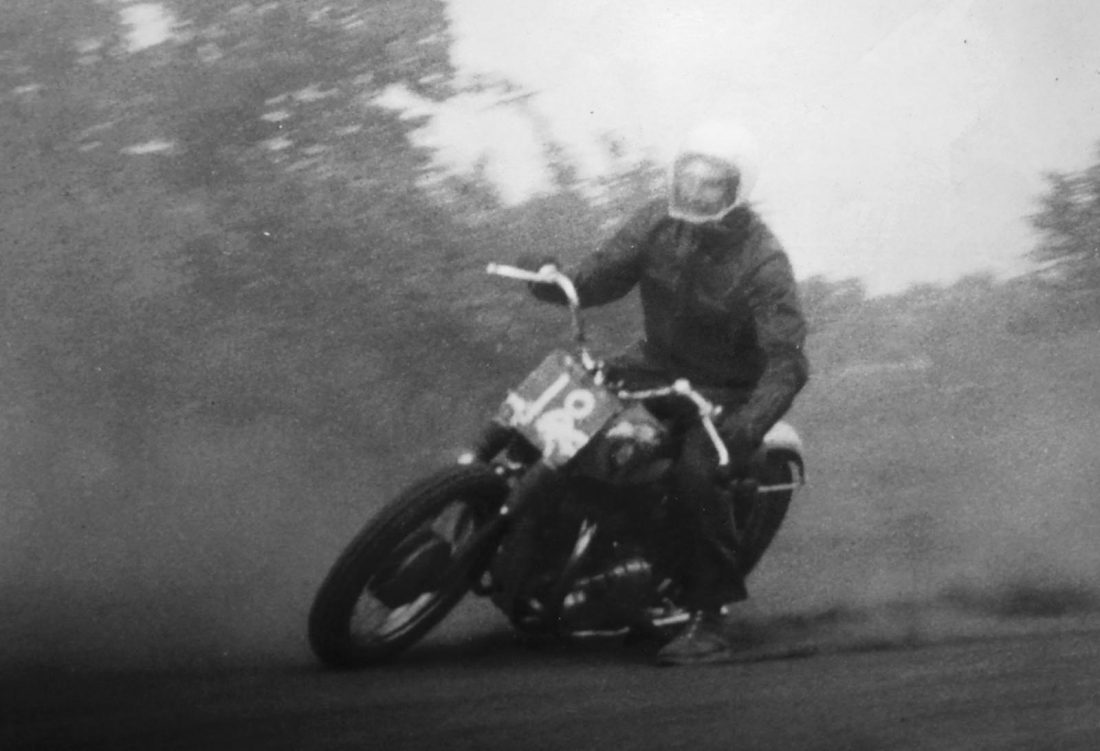 -Submitted photo
Curt Bacon’s father raced a BSA Gold Star, made in the 1960s, as seen in an old photo.

“I chased a guy years and years ago — he had a (BSA) Gold Star like my dad. He finally pulled over,” Bacon said.

That one got away, as the owner wasn’t in the market to sell. Bacon is still on the hunt for a 1960s BSA Gold Star 500, like his father’s.

“My dad was a big presence in my life,” Bacon said.

His father gave him a mindset for mechanics, teaching him how to fix nearly anything wrong with the car at home. With the technology in today’s cars, that’s not always possible for the average layman. Bacon said that while changes in business tend to be slower, the auto industry drives in the fast lane.

The restoration of the Triumph adorning his office was an eight-month chase for parts during the restoration process, too. From wheels and spokes to headlights and fenders, the now mint condition two-wheeler is a point of pride for Bacon.

But to him, it’s more than a piece of machinery. Like the BSA Gold Star, the Triumph Daytona 500 has a special connection for him. A sense of accomplishment comes with each piece brought to life, and a connection to his father is kept.

“The challenge of taking something that looks like it should go in the junk yard and bring it to something brilliant looking — it’s just excitement to look at what I made out of it,” Bacon said.

“When I was 12 years old, the guys down the country rode motorcycles as well,” Bacon said. “I knew the story because they had this cycle lots of years.”

Eventually, they relented and sold the 1960s Triumph to him, wrong parts and all, after he chased it for the better part of at least a decade.

The British-make bike didn’t even have a British front end after a former postmaster owner wrecked it and replaced it with a Honda. But thousands more than the purchase of the bike later, the project has been well worth it.

“It’s just a little extra special because it’s from someone I knew had it for so many years,” the current owner said.

Those memories are something money couldn’t buy, but thanks to the restoration are a calming nostalgia that lives in full-color mint condition. Today, Bacon still takes the beauty out on nice days to run errands. 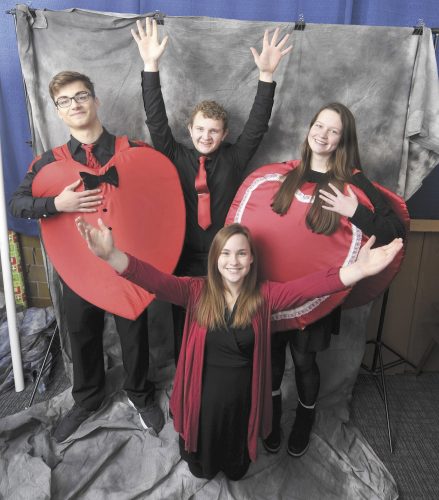 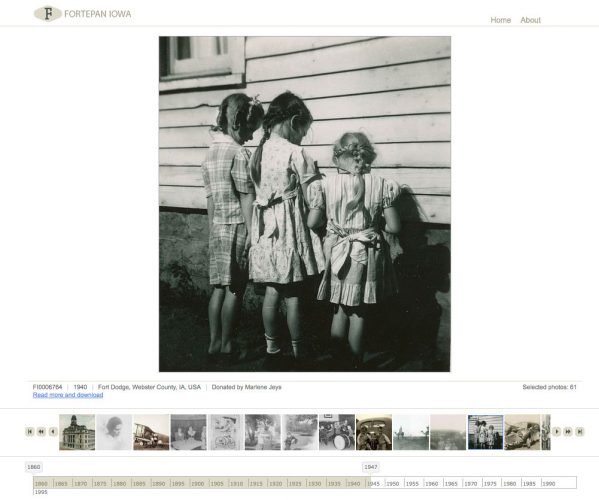