-Messenger file photo by Peter Kaspari
The lack of a bag didn’t stop Dakota Mobley, then 12, of Jefferson, from collecting candy during the 2017 Gowrie Fourth of July parade. Instead, Mobley used his baseball cap. 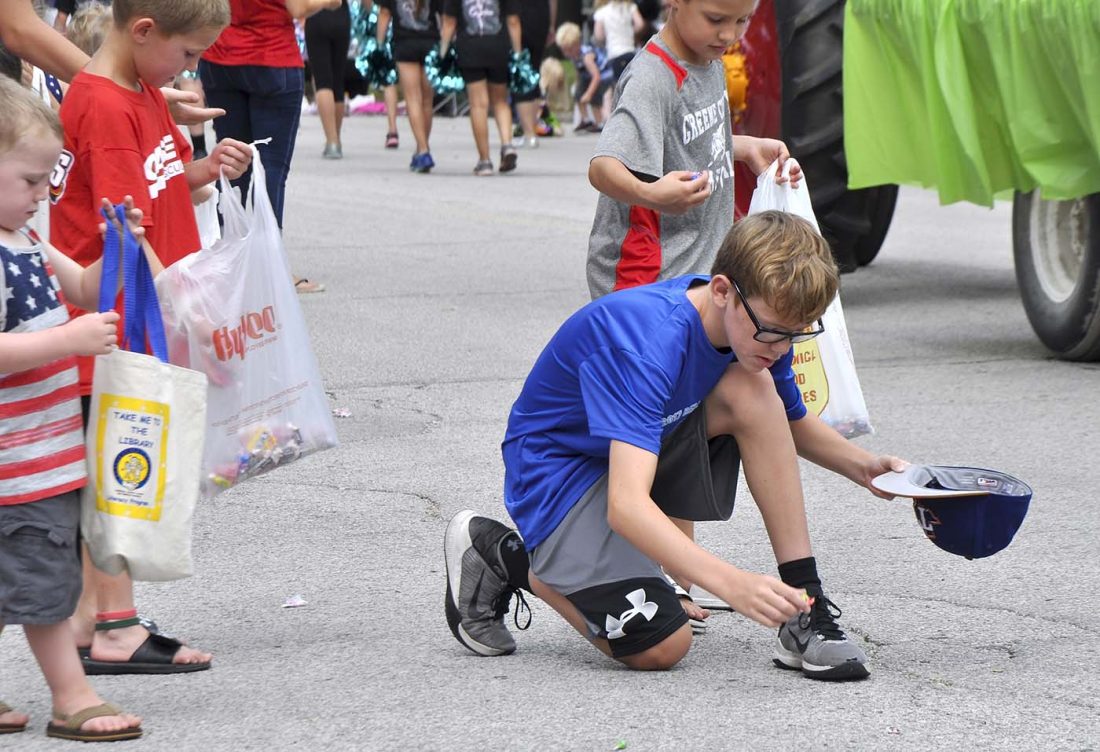 -Messenger file photo by Peter Kaspari
The lack of a bag didn’t stop Dakota Mobley, then 12, of Jefferson, from collecting candy during the 2017 Gowrie Fourth of July parade. Instead, Mobley used his baseball cap.

GOWRIE — In addition to fireworks, Independence Day in Gowrie will feature games, a carnival and a parade.

That parade, which may be the most well-known of the Gowrie Fourth of July festivities, will start at 10 a.m. Thursday.

The floats will travel down Market Street in downtown Gowrie before coming to an end at the city park.

Other events on Independence Day include the Gowrie Fire Department’s pancake and sausage breakfast at the fire station from 7 to 9:30 a.m.; a craft fair in the city park; a dunk tank featuring first responders from noon to 3 p.m.; and a co-ed Southeast Valley alumni slow pitch softball tournament in the afternoon.

The carnival will be returning as well. It will open Tuesday evening and last through Independence Day.

The Gowrie Municipal Golf Course will host its annual men’s amateur golf tournament all day. Spectators are welcome and food will be available. More information can be found by calling 352-3320.

Several other annual events will also be happening.

The Central Plains FFA Chapter will host its annual tractor ride. Participants will gather at 8:30 a.m. and depart from Laurel Park at 9 a.m. on Wednesday.

That same day, a street dance will be held on Market Street, just in front of Marv’s Market Street Grill & Bar, 1132 Market St. The dance, which is sponsored by the Gowrie Growth Group, will feature a performance by the Jay Clyde Band.

Wheels of GYC, a rollerskating rink in town, will have a Fourth of July party and overnight lock-in going from 4 p.m . Tuesday until 8 a.m. Wednesday.

The town’s swimming pool is also open every day starting at 1 p.m.

The Fourth of July weekend will culminate on Independence Day at dusk with the annual fireworks show.

A full schedule of events can be found on the town’s website, gowrie.org.