The Fort Museum & Frontier Village welcomes a new season, and a new curator

-Messenger photos by Hans Madsen
Heather Jensen, the new curator at the Fort Museum & Frontier Village, looks through a book of records in the east display room.

-Messenger photos by Hans Madsen
The Fort Museum & Frontier Village’s new curator, Heather Jensen, looks over one of her favorite exhibits, a singing bird clock made in the 1840s. 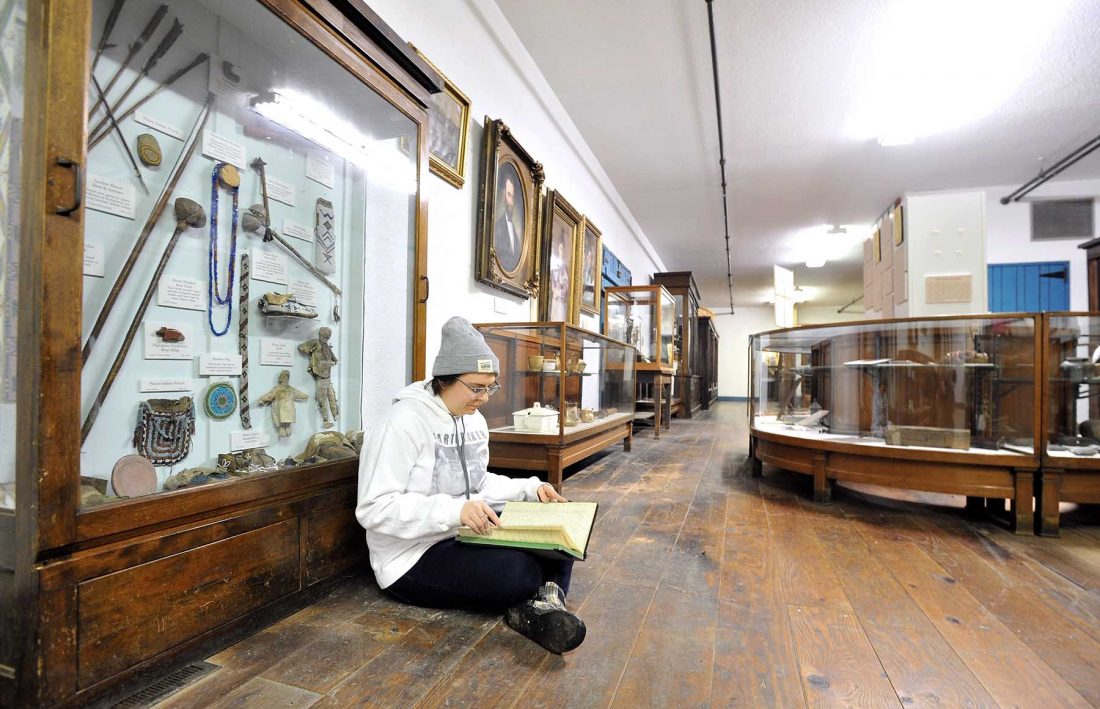 -Messenger photos by Hans Madsen
Heather Jensen, the new curator at the Fort Museum & Frontier Village, looks through a book of records in the east display room.

There are a lot of interesting, fun and diverse objects in the collection of the Fort Museum & Frontier Village.

Some of them are still in need of being sorted, labeled and displayed properly.

Heather Jensen, as the Fort’s new curator, will be doing that. 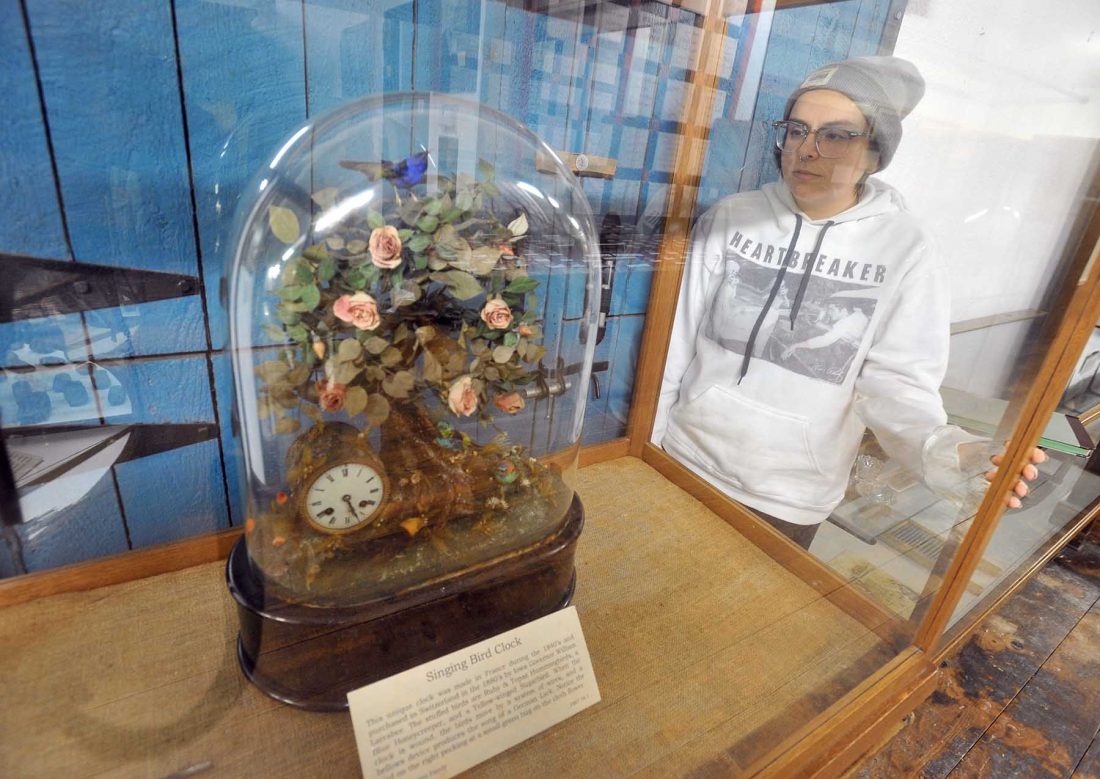 -Messenger photos by Hans Madsen
The Fort Museum & Frontier Village’s new curator, Heather Jensen, looks over one of her favorite exhibits, a singing bird clock made in the 1840s.

Jensen, who grew up in Romeville, Illinois, landed in the area when her husband took a job in Humboldt. She holds a BA degree in anthropology and has a master’s in museum management.

She was already familiar with the Fort and had spent some time there.

“The rest is history,” she said.

As an anthropologist, one of the items in the collection was a really exciting find for her.

“We have a Clovis point,” she said. “As an anthropologist, that’s very interesting. It’s local; it’s from Otho.”

She also recently helped locate all of a bit of ceramic history in the collection. Previously, only one piece of the tea set had its whereabouts known.

“His sketchbook is pretty cool,” she said. “When I can, I find something new that’s super interesting to me.”

“I really enjoy the taxidermied birds in the east building,” she said. “There’s also an old clock, very rare; it still works.”

The replica of the Cardiff giant has also caught her attention.

They’ll be throwing a party in September.

For those who might be concerned with such things, she’s assuring the public that the Cardiff Giant’s anatomical correctness will be, well, covered up.

“I want to get a large piece of felt and make him a fig leaf,” she said. “We’ll cover him for school tours.”

She’s also planning on working on upgrading signage, moving some of the artifacts around in the various buildings and even creating a scavenger hunt and signs that lead the visitor to other buildings.

“I really want to update. People are tired of everything being the same,” she said. “I’ve seen pictures from the ’60s; the hand-lettered signs are still there today. I want information revealed to the visitor rather than just having them reading.”

Her goal is make the Fort a more interesting, unique and family-friendly place to visit.

There’s a lot to do and she’s ready to tackle the job.

“It will be a learning curve,” she said.

The Fort’s collection is in good hands.

“I went to school for this,” she said. “There are things that could be better and I’m going to work to fix them.” 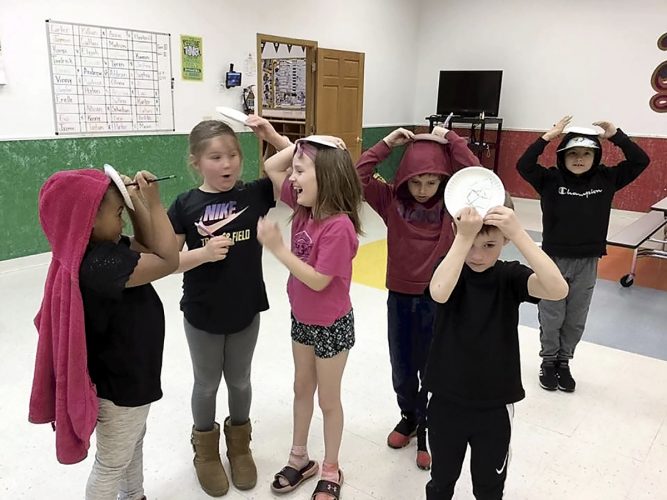