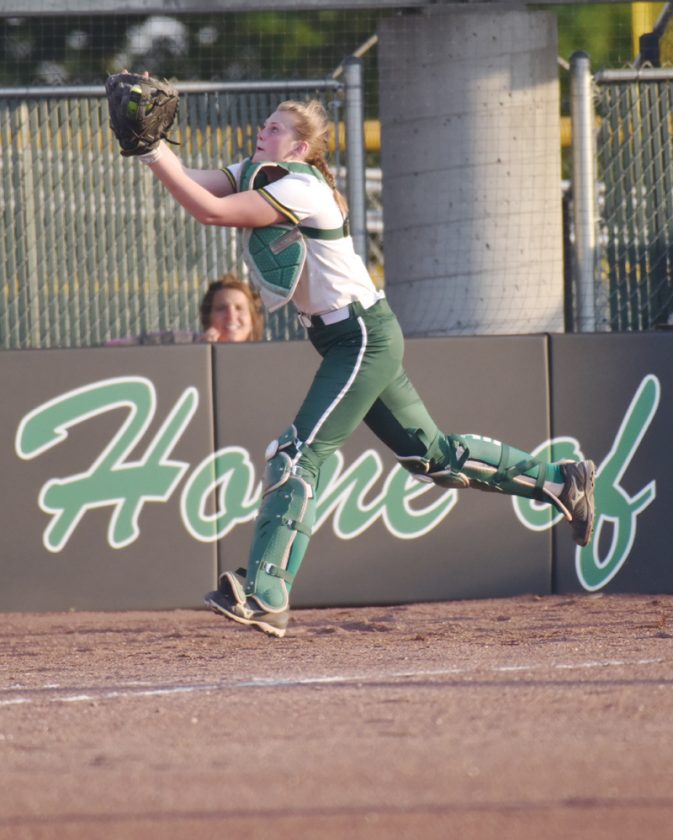 First pitch in this Region 1 quarterfinal is set for 7 p.m.

The Gaels (4-9 overall) may look like an underdog on paper against the 15-3 Titans, but SEHS head coach Bill Shirbroun is hoping to use the second-season mantra to his team’s advantage as the slate is now wiped clean.

“We’re the only 1A school in the (North Central Conference), so we’ve obviously played a really tough schedule to this point,” Shirbroun said. “I think we’ve been building experience and getting better, and we’re looking forward to the tournament. It’s time to turn the corner and make the most of this (one-and-done scenario).”

St. Edmond is relatively green overall, though three of its main players — first baseman Jocy Timmerman, catcher Kacey Kruthoff and pitcher Ella Vratny — were on the field when the Gaels reached the regional finals three years ago. Timmerman is currently batting a team-best .438, with Kruthoff hitting .386. Vratny is still the program’s No. 1 option in the circle.

“I know Jocy, Kacey and Ella have played in some big postseason games (in the past),” said Shirbroun, who is in his first year at the helm. “That could potentially work in our favor as well. I think we’ve progressively gotten better offensively.

“You have to take advantage of the easy ones first. We’ve talked about that all season long: being fundamentally sound and not making (avoidable) mistakes. If you can’t (get past the self-inflicted wounds), it’s tough to win.”

Gael eighth-grader Kaili Henning is batting .458. Vratny is at .439 with a team-best seven doubles and 11 RBI.

“They seem to be very defensively sound and they find ways to win,” Shirbroun said of the Titans. “Their pitchers aren’t overpowering, but they locate the ball well — especially Ebel (just 14 walks in 81 innings). Their catcher is solid. And their hitters put the ball in play.”

The winner on Monday advances to take on either Remsen St. Mary’s (8-1) or MMCRU (2-4) in Ruthven on Wednesday.