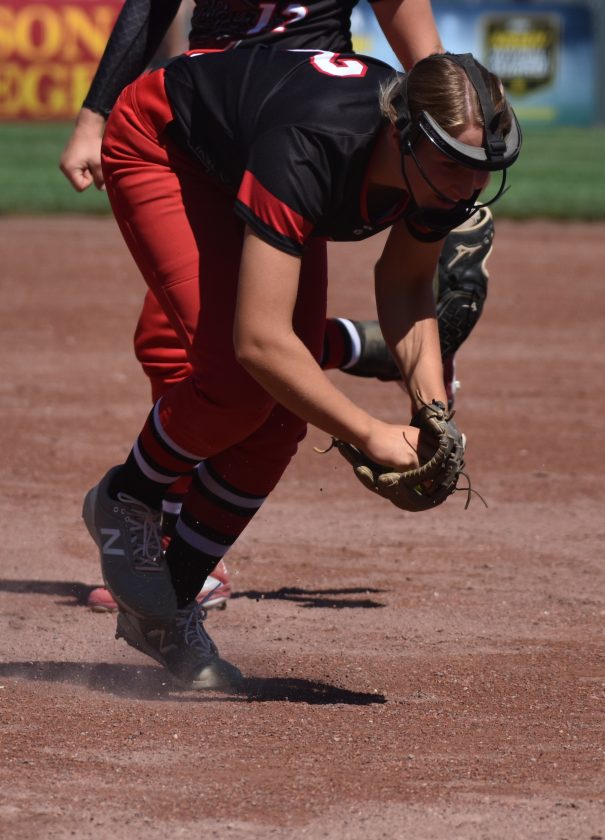 Fort Dodge will attempt to reach the state championship round for the first time in school history on Wednesday, when the Dodgers face Ankeny Centennial in a Class 5A state softball semifinal on Dodger Diamond.

On one hand, it’s a huge situation for the top-seeded Dodgers (27-3 overall) as the stage gets bigger and the pressure mounts. On the other, it’s unusual to have a game of this magnitude away from the bright lights of the main diamonds at Rogers Park.

FDSH head coach Andi Adams insists that, to her team, it doesn’t matter either way.

“We’ll play anywhere. They truly don’t care,” said Adams, who guided one other Dodger team to the semifinals in 2006. “We don’t mind. We’re going to obviously make the most of it. These kids have all played on (the) Dodger (field) before anyway.

“It’s the (state) semifinals. We’ll go out in the parking lot if we have to.”

The Jaguars are 22-8 after playing a rugged 2020 schedule. Among Centennial’s losses was a doubleheader sweep at No. 3 Waukee three weeks ago; the sixth-seeded Jaguars exacted revenge when it mattered most, though, with a 5-2 victory over the Warriors in the quarterfinals on Monday.

“They’ve been tested,” Adams said of Centennial. “They played Johnston (four times), Waukee, Valley, Ankeny, Winterset…just a really tough schedule, like usual (in the CIML). Their 1-3 hitters especially are very talented and have been (at the varsity level) for a long time.

“We’ll get their best. It’s obviously going to be a tremendous challenge. We’re looking forward to it, and I’m sure they are, too.”

Taylor Runchey drove in a pair of runs for the Jaguars on Monday. Centennial trailed the Warriors 2-1 in the sixth before rallying late.

Fort Dodge sophomore all-stater Jalen Adams did it all for the Dodgers in a 7-0 opening-round win over Bettendorf. Adams fired a two-hit shutout with eight strikeouts, while hitting a two-run home run — her first of the season — to break the scoring ice in the third inning.