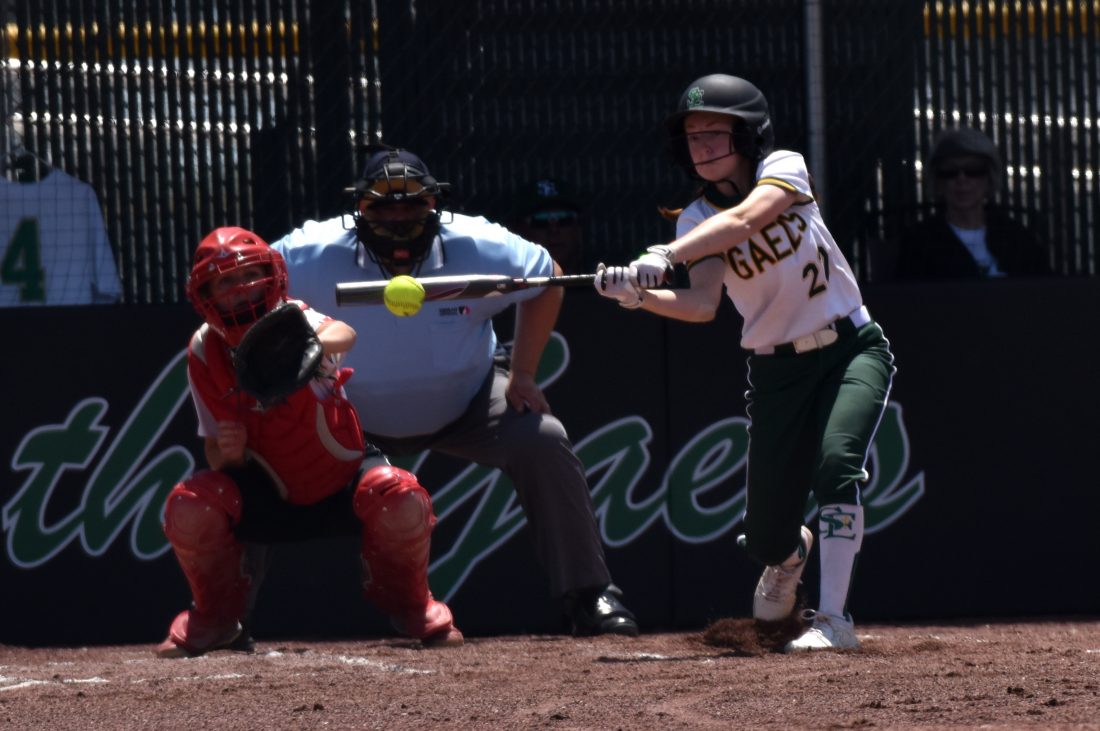 In the first meeting at Rogers Park, the teams combined for 21 runs as the Cadets earned a 13-8 win.

“We gave up 13 runs against them last time and they beat us,” said Shirbroun. “We’ve talked about improving all season long, and that’s what we did (on Monday). This was definitely a step in the right direction.”

The Gaels had strong hitting performance, pounding out 13.

“We got runners on and hit them in,” Shirbroun said. “We had been struggling to do that lately, so it was great to see that happen. We got the bats working.

“It’s time to start stringing some wins together.”

St. Edmond took an early lead at 6-3 after a four-run third inning. The big blow in the frame came on bases-clearing double from leadoff hitter Kaili Henning.

Henning finished the contest 3-for-4.

“Kaili has been doing a great job out of the leadoff spot,” Shirbroun said. “We moved Gracie to the No. 3 hole, and she’s been knocking in runs.

“Kaili has been seeing and hitting the ball well.”

Ella Vratny had a strong pitching performance in the circle, allowing only six hits — with three in the final inning. Vratny had 11 strikeouts and zero walks.

Gracie Harvey, Vratny and Alyson Nieland all had two hits for the Gaels. Harvey and Nieland both drove in two runs.

“Ella pitched outstanding,” Shirbroun said. “She had control and was hitting her spots.

“This was one of her best pitching performances of the season.”

The Gaels are back in action on Tuesday when they host Southeast Valley for Senior Night. First baseman Jocy Timmerman is the lone senior for the Gaels.