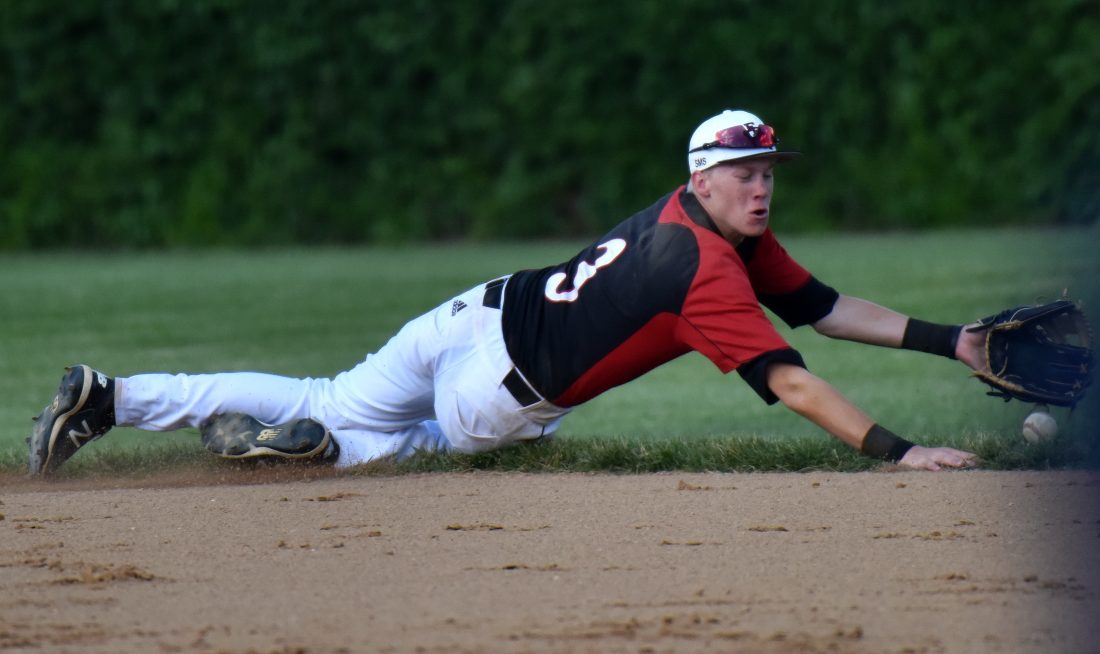 In fact, head coach Blake Utley will be the first to admit his squad still has plenty of improving to do.

That’s not going to dampen the Dodgers’ spirits, though, as the victories keep piling up.

A doubleheader sweep at Des Moines Hoover on Monday gave Fort Dodge 11 wins in its last 13 games after an 0-3 start to the season. The Dodgers prevailed, 8-4 and 5-2, behind solid pitching and just enough offense to get the job done.

“Wins are wins, especially with the postseason a week and a half away,” Utley said. “We played pretty well overall. Were we great? Not necessarily. But there are no easy games in the CIML — especially on the road.

“I thought our pitchers did the job, and we had some quality at-bats — just maybe not enough (in consecutive fashion) to string some big innings together. We know that when we face the big boys, we have to be better with our consistency and execution. They understand that. It’s just a matter of moving forward and putting everything together at the right time, which this group is more than capable of. And we’re building our confidence. That’s big.”

Fort Dodge (11-5 overall) plated six runs in the first two innings of the opener, and after the Huskies (4-16) scored four times in the first, they were blanked the rest of the way by sophomore Drake Callon and senior Nelson Cone.

Senior Mason Bockoven and junior Sawyer Springer both drove in a pair of runs, with junior Tyler Schreier and senior Nick Bice collecting two hits each and scoring twice from the top of the order. Bockoven had a triple.

Senior Easton Cone drove in a pair, and sophomore Eli Elsbecker was 2-for-4 with a double and an RBI. Sophomore Jace Ulrich was 2-for-3.

FDSH broke open a 2-1 contest with three runs in the fifth inning of the second game. Easton Cone drove in a pair, and Bockoven was 2-for-4 with two runs.

Elsbecker went 2-for-2 with another double and an RBI. Bockoven tripled again.

Sophomore Carson Peterson was in total control, striking out 10 in six innings of work to improve to 4-0 on the year. Peterson sat down six consecutive batters via the K at one point.

“Carson was outstanding,” Utley said. “That was as good of a pitching performance as we’ve had start to finish all year, which was great to see. And we had a lot of different guys come up big at the plate. Easton Cone played well at shortstop; I like the look with him at short and Mason at third.

“Eli Elsbecker has earned his opportuinties, and is making the most of it. As a sophomore, that’s what it’s all about. He had some quality at-bats. I’m really happy for that young man.”

The Dodgers return to action at home on Wednesday against Mason City (8-6).