Steve Springer always put the Fort Dodge community first. Here is how we honor his benevolence. 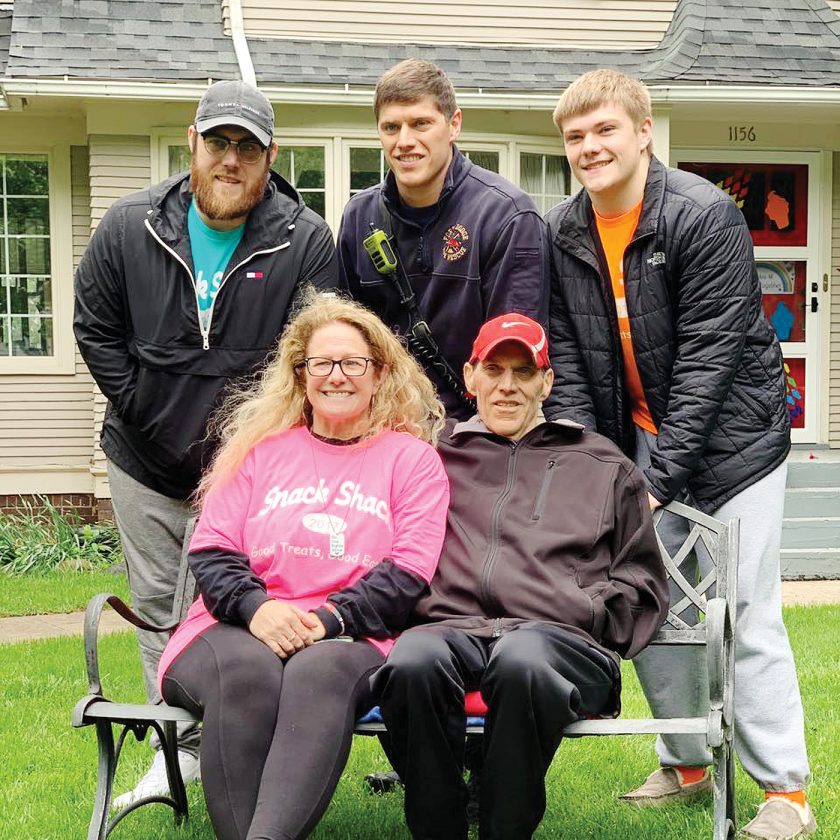 Submitted photo Steve Springer with his wife, Juli; and sons, Sean, Shea and Sawyer, at a neighborhood parade in his honor last month.

If I ever felt the need to measure my level of involvement in the Fort Dodge community, I’d always look for Steve Springer.

The more you saw Steve, the better off we all were. Because that meant something was being done for the greater good.

Steve was ubiquitous. Did he have a stunt double? The thought crossed my mind on more than one occasion.

It wasn’t the high-profile gigs, either. Manning the grill. Running concessions. Building up stages. Tearing down tables.

If a person or an organization needed a helping hand, Steve would be there. Athletics. Activities. Projects. Boards. Committees. It was the kind of old-school servant leadership that used to be both the cornerstone and the heartbeat of towns across the country.

That mentality — as important, and yet, elusive as ever in our society today — was a big reason why Fort Dodge had earned a selfless, magnanimous reputation generations ago. And Steve made it a priority to keep that critical component of yesteryear alive in an era where it may have otherwise been forgotten.

Steve Springer lost his battle with cancer over the weekend. Fifty-nine years old. Gone too soon. Unimaginable, really, knowing full well the impact he had on others and the immense void his passing leaves in the world of his wife, Juli; their sons, Sean, Shea and Sawyer; and the countless friends and family members whose lives he touched.

So how do we best honor him?

Steve wouldn’t want us to mourn for long. The temptation is to feel overwhelmed by sadness and grief in the wake of death, but Steve would insist — as he referenced in his last message to me — that the to-do list is too long to stop now.

I’ve been thinking a lot about this anyway, given the uncertain times and challenges we are facing today. Our societal tendency has been to focus solely on ourselves. Isolate. Shy away from helping — or understanding — our neighbors, who are often in need.

It’s the easy — and convenient — way out. We’re all guilty of it to a certain extent. But it’s no way to build the trust and good will that will keep our communities alive, and it’s time we stop assuming someone else will always have the bases covered for us.

Steve would love nothing more than to see us fill his roles and responsibilities by committee — and then some. Instead of viewing his death as the end of something special in Fort Dodge, he would want us to roll up our sleeves and work. Get active. Stay active. Offer assistance.

Like most aging towns, we’ve recently lost a lot of great men and women who devoted their entire lives to making the world around them a better place. We appreciated their time and effort, of course, but often took their altruism for granted.

Steve Springer will be dearly missed. His absence needs to be a rallying point for us. To do more. To do better.

His legacy is in our hands now.