Huseman holds off McCoy to repeat as champ 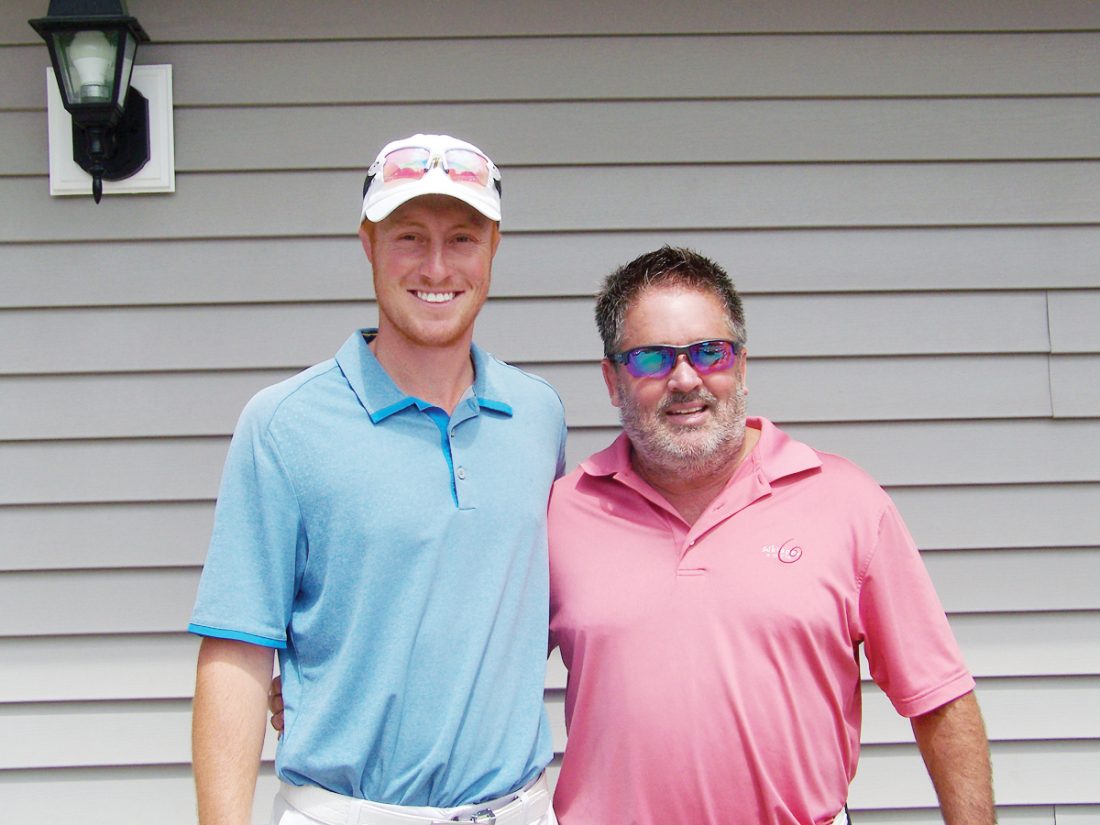 Messenger photo by Eric Pratt Senior Division champ Terry Cook hits an approach shot on Sunday during the final round of the Fort Dodge Amateur.

Messenger photo by Eric Pratt Fort Dodge Senior High graduate Kevin Ault hits a drive on Sunday during the final round of the Fort Dodge Amateur.

Messenger photo by Eric Pratt Nate McCoy of Ankeny putts on Sunday during the final round of the Fort Dodge Amateur.

Messenger photo by Eric Pratt Open Division champion Andrew Huseman hits an approach shot on Sunday during the final round of the Fort Dodge Amateur.

Andrew Huseman’s father, Bill, likes to keep his distance during tense moments while following his son on the golf course.

When Andrew needs either advice or a word of encouragement, though, dad is always just a few steps away — ready and willing.

The 25-year-old Huseman held off Nate McCoy by a single stroke on Sunday to secure his second consecutive Fort Dodge Amateur championship in the Open Division. There were some tense moments down the stretch, and the former Ankeny Centennial standout — the grandson of the late Hall of Fame Fort Dodge Senior High coach and athletic director Dutch Huseman — had to do a little late scoreboard watching with McCoy right on his heels.

“I really didn’t know where I stood (heading into the 18th hole), so I checked with dad,” said Huseman, who played collegiately at both Indian Hills and Arkansas State. “I wasn’t sure if I was up one or two up or if we were even at that point. I knew it was close.

“I always try to just focus on what I’m doing, but (Sunday) was maybe the first time I had absolutely no idea where I was at (going into the last hole). So dad gave me some tips on how I had to treat my approach shot, and helped me read my last putt (on the 18th green).” 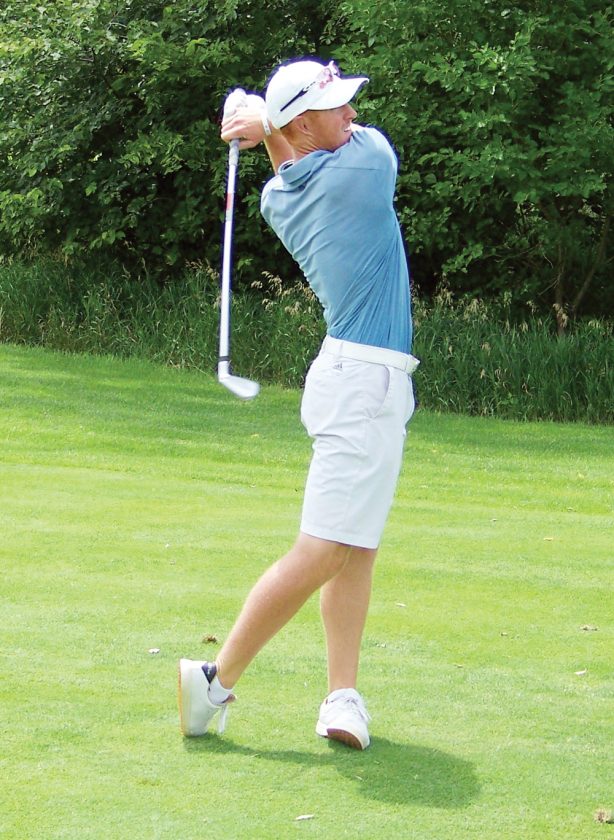 Messenger photo by Eric Pratt Open Division champion Andrew Huseman hits an approach shot on Sunday during the final round of the Fort Dodge Amateur.

After a bogey at 17, Huseman’s tee shot found some potential tree trouble down the narrow alley of the unforgiving par-4 18th. Huseman turned to Bill at that point, unsure of whether “I needed to try and pull off a miracle Tiger Woods shot, or just punch it into the fairway” to try and salvage par for the win.

“He was ‘caddying’ me a little,” said Huseman, who grew up playing at the FDCC on weekends and summer days while visiting Dutch and his grandmother, Joyce. “He told me to just get it back out in the fairway, talked to me about the wind, then he helped me read my last (par) putt.

“This tournament obviously holds a special place in my heart for a lot of reasons, so I naturally put a little more pressure on myself to (play well) here. It’s just the nature of (the FD Am) and what it means to me. So it’s nice to come out on top again.”

Huseman finished at even-par 71 on Sunday to close the three-day event at 10-under par 203 — the sixth-best winning score in the 72-year history of the event. The 29-year-old McCoy, a former individual state champion at West Des Moines Dowling and an all-Big 12 performer at Iowa State University, ended up 9-under after his third consecutive 68.

“It’s almost like I’m playing two games in my head: one against (Huseman), knowing where he stands and what I might need to do, while also focusing on one shot at a time and controlling what I can,” said McCoy, the son of legendary Iowa amateur golfer and three-time FD Am winner Mike McCoy. “It’s an internal battle. But that’s what makes the game so fun. I was chasing Andrew, but the only thing I tried to focus on was my own performance and hope that it was good enough. 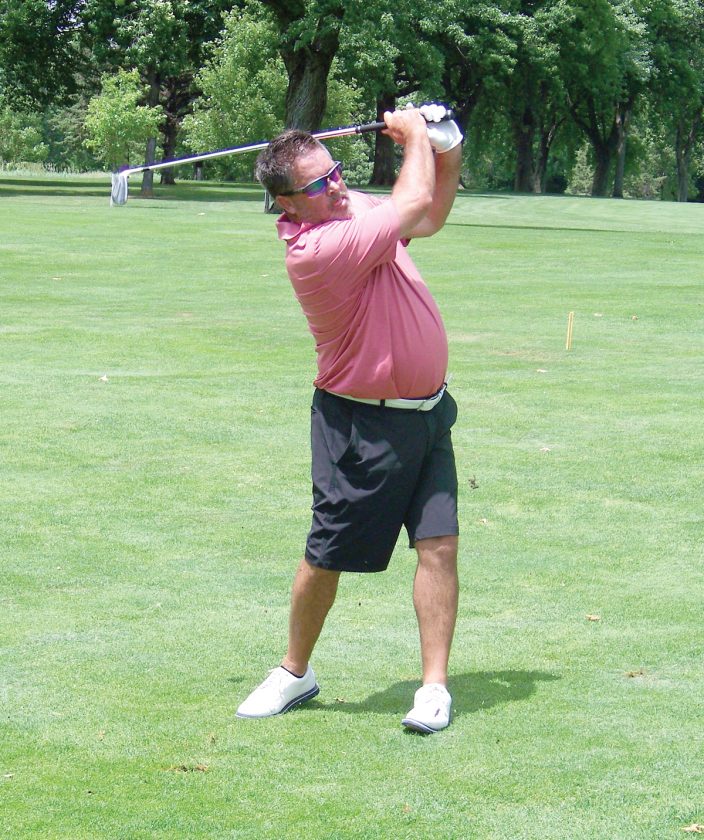 Messenger photo by Eric Pratt Senior Division champ Terry Cook hits an approach shot on Sunday during the final round of the Fort Dodge Amateur.

“I was relatively happy with the way I played overall. I just came up a little short.”

McCoy — who now lives in Ankeny and works for the Iowa Golf Association — trailed by five strokes with nine holes to play, but a birdie at 12 and a double-bogey by Huseman at 13 started to make things interesting. Huseman rebounded with a birdie at 14; McCoy answered by sinking a long eagle putt at 15, where Huseman birdied.

Huseman had a three-putt bogey on the par-4 17th, and McCoy parred to pull within two. Huseman escaped more serious issues at the end and salvaged the win with a short bogey putt, as McCoy wasn’t quite able to convert his birdie attempt and force a playoff.

“You always have to do a little extra to come out on top here,” said Huseman, who suffered through numerous painful Top-5 finishes at the FD Am before breaking through last summer. “This was the first time that I’ve basically gone head-to-head with Nate (in pursuit of a title), and it’s the first time we’ve been in the same group together. He’s a great player.”

Jon Olson (even-par 213), also of Ankeny, was a distant third in the Open bracket, followed by Norwalk’s Brian Allison and Solon’s Sterling McIlravy (1-over 214). 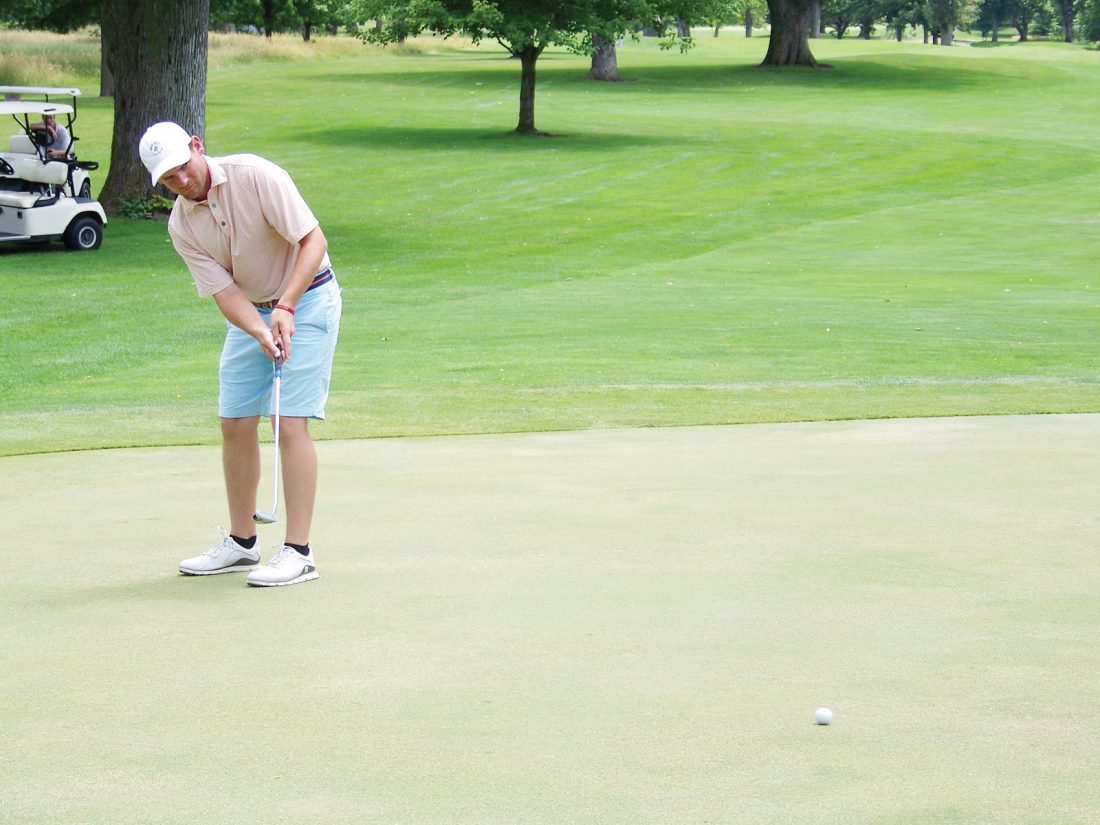 Messenger photo by Eric Pratt Nate McCoy of Ankeny putts on Sunday during the final round of the Fort Dodge Amateur.

Terry Cook of West Des Moines tied a Senior Division record by recording a 2-under par 211 total for his first FD Am crown. Cook carded a 70 on Sunday to top defending champ Joe Bates of Albia by two shots.

“I’ve been wanting to win here for a long time,” said Cook, a former wrestler at the University of Nebraska. “There’s a lot of history in this event, and it’s an outstanding golf course. I’ve really enjoyed coming up here over the last 15 years or so and playing, and I’ve been close before (Cook lost in a playoff two years ago).

“I like the fact that you can’t fake your way around (the FDCC). You have to strike the ball well and stay out of trouble, and the greens always roll great. So much of this game is avoiding the big numbers. I didn’t make a single bogey on Friday or (Sunday), and hit 16 of 18 greens. So I feel like if you play well enough and do that, you’ll be rewarded here.” 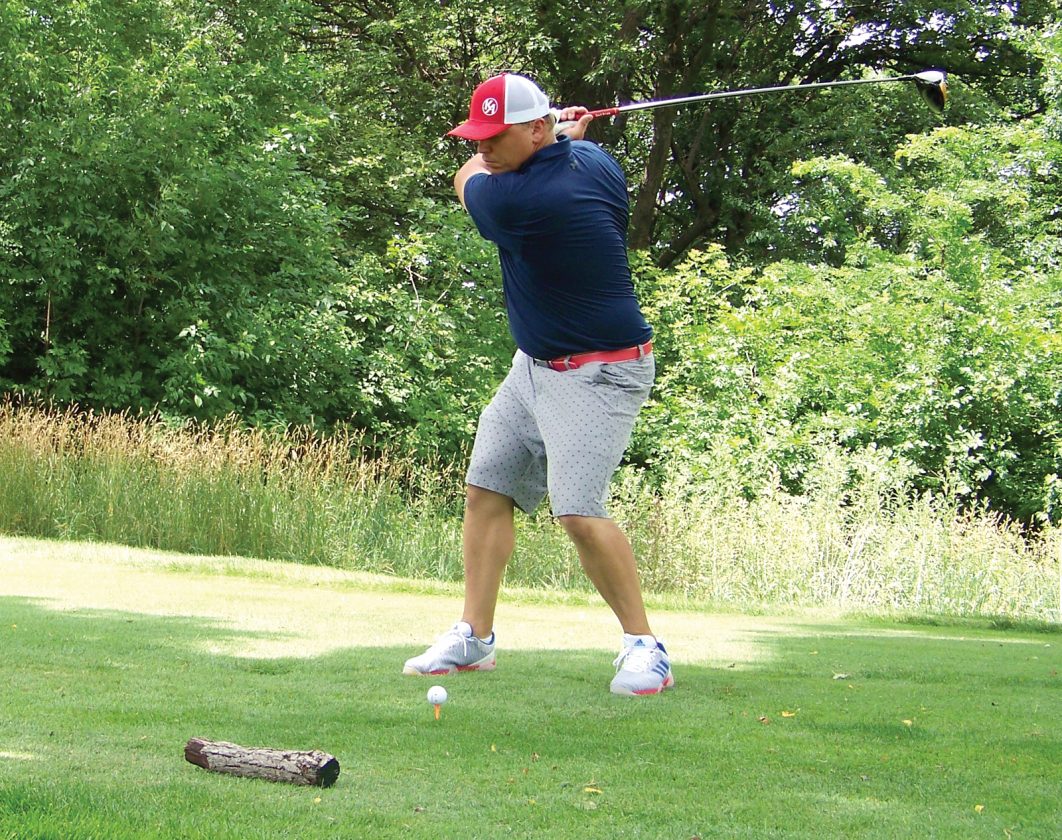 Messenger photo by Eric Pratt Fort Dodge Senior High graduate Kevin Ault hits a drive on Sunday during the final round of the Fort Dodge Amateur.