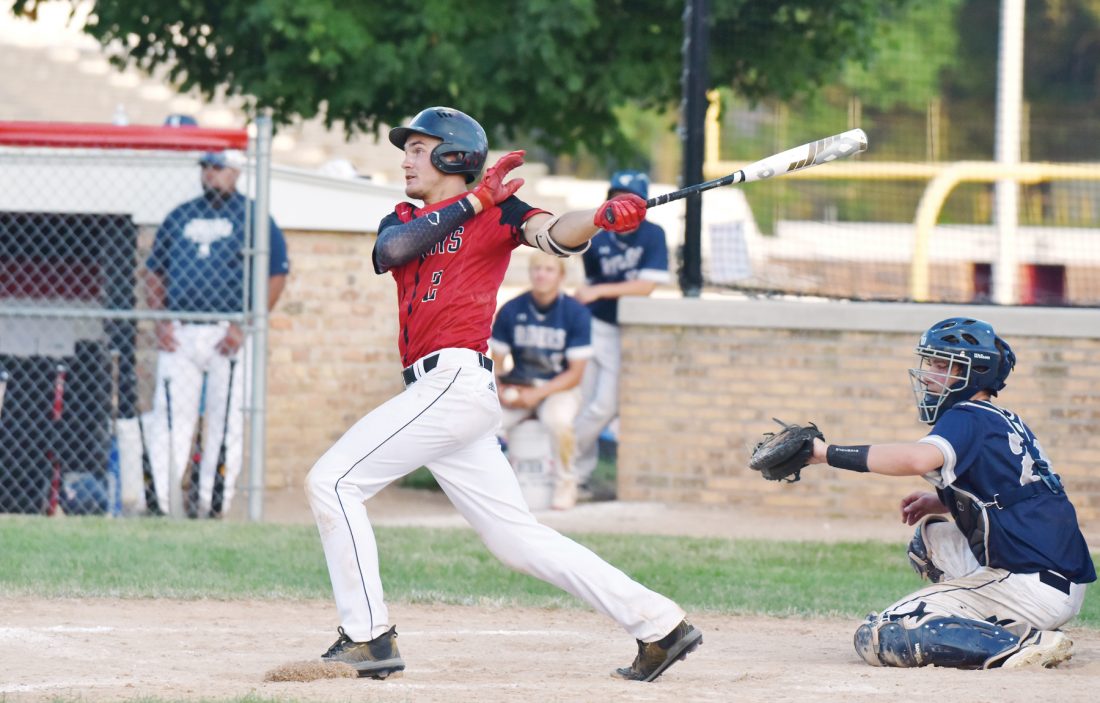 Mason Bockoven etched his name in the Fort Dodge baseball record books on Monday night, turning in a career performance at the plate for the Dodgers.

Bockoven’s special night helped lead the Dodgers (6-4 overall) to a twinbill sweep over Des Moines Roosevelt (7-7). Fort Dodge rallied for a 15-13 victory in Game 1, and closed things out with a 13-8 triumph.

The Dodgers have won six of their last seven games after starting 0-3.

The Dodger senior blasted three homers and drove in a school-record 12 runs — the most in any doubleheader ever by an FDSHâ€ˆplayer.

In a 10-run third inning of the first contest, Bockoven achieved the rare feat of hitting two home runs in the same inning. A three-run blast was the first, and he followed it up with a grand slam.

In the second game, Bockoven added another three-run home run in the first inning. He later added a sacrifice fly and an RBI single for five more driven in.

In the first contest, the Dodgers trailed 6-1 before putting up a 10-spot in the third to take an 11-6 lead. Roosevelt chipped away, and a four-run sixth made it 15-13.

Nick Bice and Drake Callon also had two hits in the contest. Bice knocked in a run, and Callon drove in two.

Fort Dodge jumped on the Roughriders early in the second game, taking a 6-0 edge. Roosevelt made it 6-4, but the Dodgers started to pull away with four in the fourth and two in the fifth for a 12-5 advantage.

Junior Tyler Schreier was perfect at the plate, going 3-for-3 with an RBI and a double and four runs scored. Senior Brycen Bell had two hits, two RBI and three runs scored.

The Dodgers are back in action on Wednesday when they travel to Des Moines Lincoln. First pitch is set for 3:30 p.m.

CLEAR LAKE â€” The St. Edmond softball team put together a late rally, but it wasnâ€™t quite enough as they dropped ...