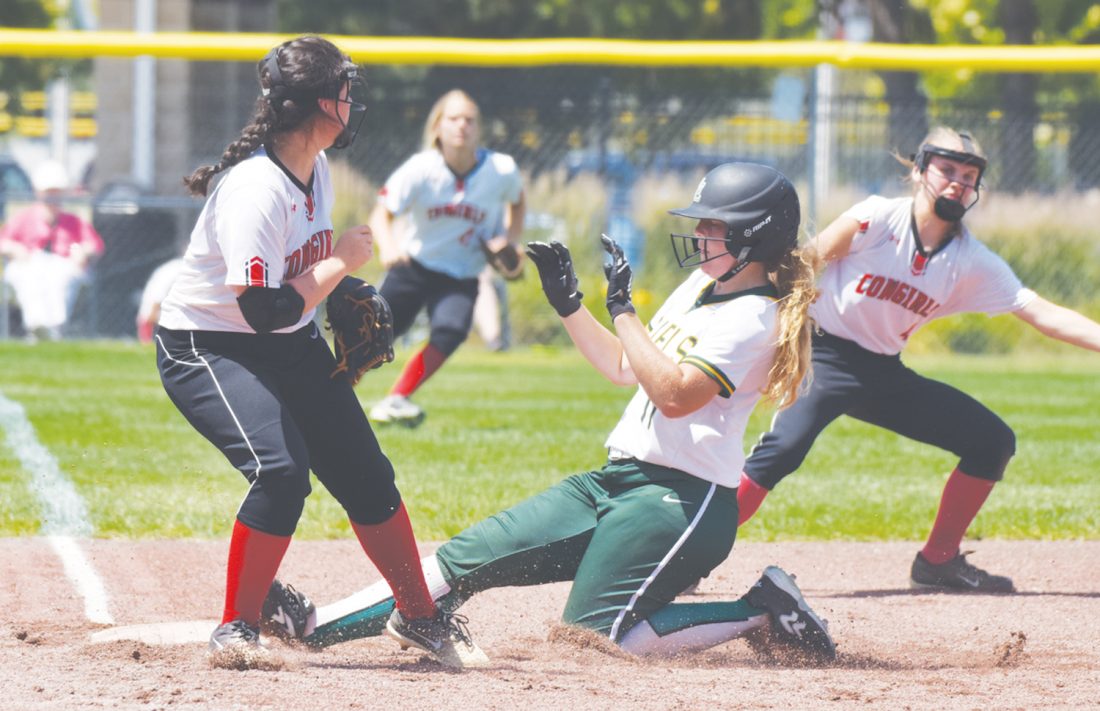 Hitting at the bottom of a lineup isn’t a bad thing.

In less than 24 hours, the St. Edmond (2-4 overall, 1-2 North Central Conference) sophomore has put together an impressive offensive display.

On Wednesday, Nieland added three more as the Gaels won their second straight game, knocking off Clarion-Goldfield/Dows (1-4, 0-3) by a final score of 13-3.

St. Edmond, which lost its first four games against opponents with a combined record of 12-1, have now recorded 30 hits and 29 runs in the last two contests.

“Our schedule was tough, but I could see we were getting close,” said SEHS head coach Bill Shirbroun. “We haven’t put it all together quite yet, but we are on our way.”

On Tuesday night against Manson Northwest Webster, Nieland was 4-for-5. She is 7 of 9 in the last two contests, while driving in three runs.

“Alyson works really hard and has been swinging the bat well,” Shirbroun said. “She just keeps putting her head down and improving.

The Gaels once again weathered a slow start after giving up all three runs in the first inning. St. Edmond answered the call in the bottom half of the first with three of their own, and tacked on five in the second to put the Gaels ahead for good.

Kaili Henning had two hits, including a double, and drove in a run. Jocy Timmerman recorded a double and drove in two as well.

The top four hitters in the Gael lineup recorded four hits and scored six runs, setting the table for the ballclub.

“Those girls (returning letterwinners at the top of the order) set the tone for everyone else,” Shirbroun said. “We get runners on and start knocking them in.

“We have been struggling getting through the first inning, but we answered right away this time.”

The Gaels are back in action on Friday when they host Hampton-Dumont. Junior varsity action begins at 5:30 p.m. First pitch in varsity will be at approximately 7:30 p.m.