Huseman, Cook, Sergeant out in front 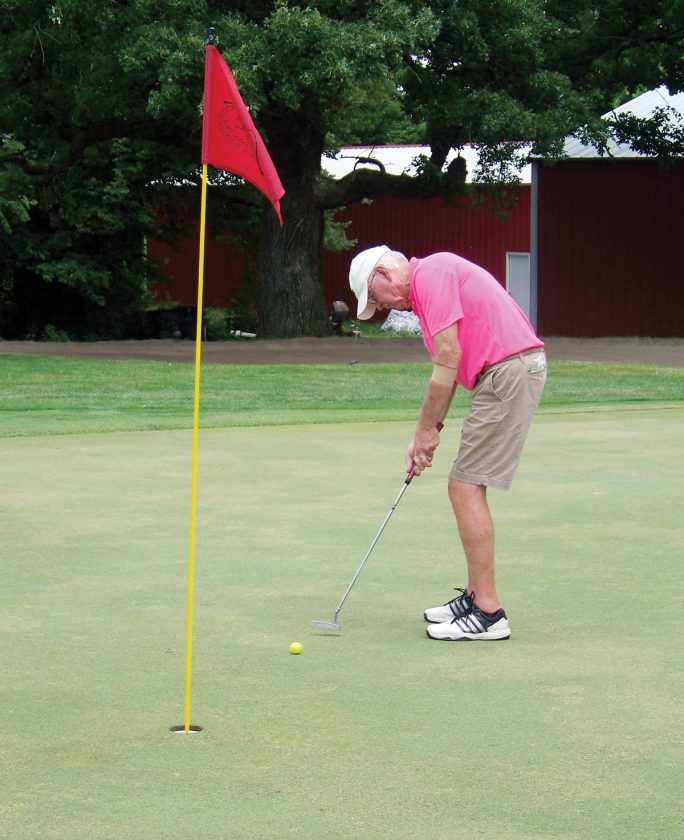 Messenger photo by Eric Pratt Dave Sergeant of Fort Dodge rolls in a birdie putt at No. 18 during first round action of the Fort Dodge Amateur at the Country Club. Sergeant shot a 71 and leads the Super Senior Division.

Messenger photo by Eric Pratt Andrew Huseman hits a drive at No. 10 on Friday during the opening round of the Fort Dodge Amateur at the Fort Dodge Country Club.

Messenger photo by Eric Pratt Terry Cook follows through on a drive at No. 10 on Friday during the opening round of the Fort Dodge Amateur at the Fort Dodge Country Club.

No one knows the Fort Dodge Amateur quite like Dave Sergeant.

The Iowa Golf Association Hall of Fame member and local history buff has played in more FD Ams than any player in the current field by a margin wider than a long par-5. He’s forgotten more about the tournament — now in its 73rd year — than most would ever remember.

The local attorney isn’t competing these days just for the sake of nostalgia, though. Even at 75 years old, Sergeant is here to win — just like all of the other serious contenders.

Sergeant carded an even-par 71 on Friday to grab a three-stroke lead in the Super Senior Division of the annual event at the Fort Dodge Country Club. Defending Open Division champion Andrew Huseman caught fire on the back nine for a six-under 65 and a three-stroke advantage over Nate McCoy. And Terry Cook’s 69 was good for the Senior Division’s top spot after day one.

A 1963 Fort Dodge Senior High graduate, Sergeant first played in the FD Am as a sophomore member of the Dodger golf team. In the nearly 60 years since, the six-time champion — once in the Open, four times in the Senior and once in the Super Senior — has only missed the tourney on his home course a small handful of times. 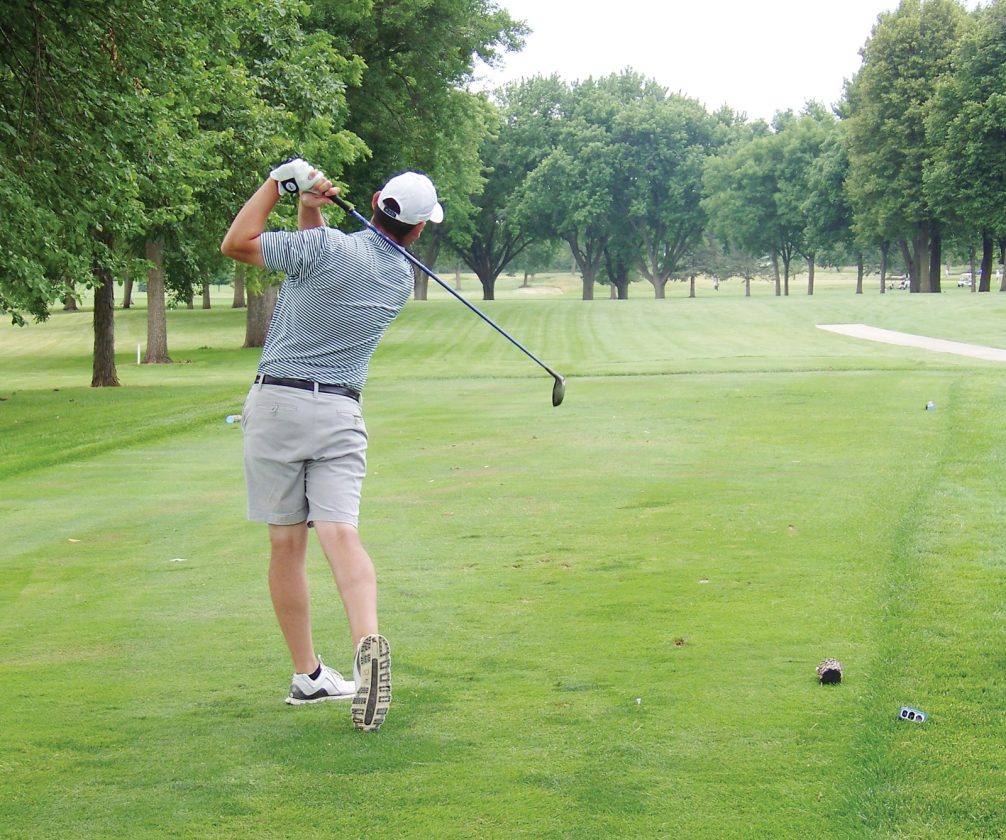 “We were talking about that in our (playing group on Friday),” Sergeant said. “I was 16 when I first played in it in 1961. I know I missed it once because of the NCAA Tournament in college (Sergeant played at St. Olaf in Northfield, Minn.). I had kidney surgery in 1968 and had to sit that one out. And when I qualified for the U.S. Senior Open at Riviera (in 1998), the (Fort Dodge) Am was that same weekend.

“We’ve had so many terrific players come through here. Steve Spray. John Liechty. Zach Johnson. The list goes on and on; guys who have gone on to do big things in this game. There’s just a lot of history when you go back over the course of 70 summers. And when a lot of us still get together (here annually), it’s like being at a class reunion.

“You really appreciate being able to showcase the Fort Dodge Country Club, and the relationships and friendships this tournament has built for over seven decades. It’s something special.”

“Starting the Senior and now Super Senior divisions meant a lot to us old guys,” Sergeant laughed. “It gave us the opportunity to continue to contend well into our 50s, 60s and now, for players like me, 70s. 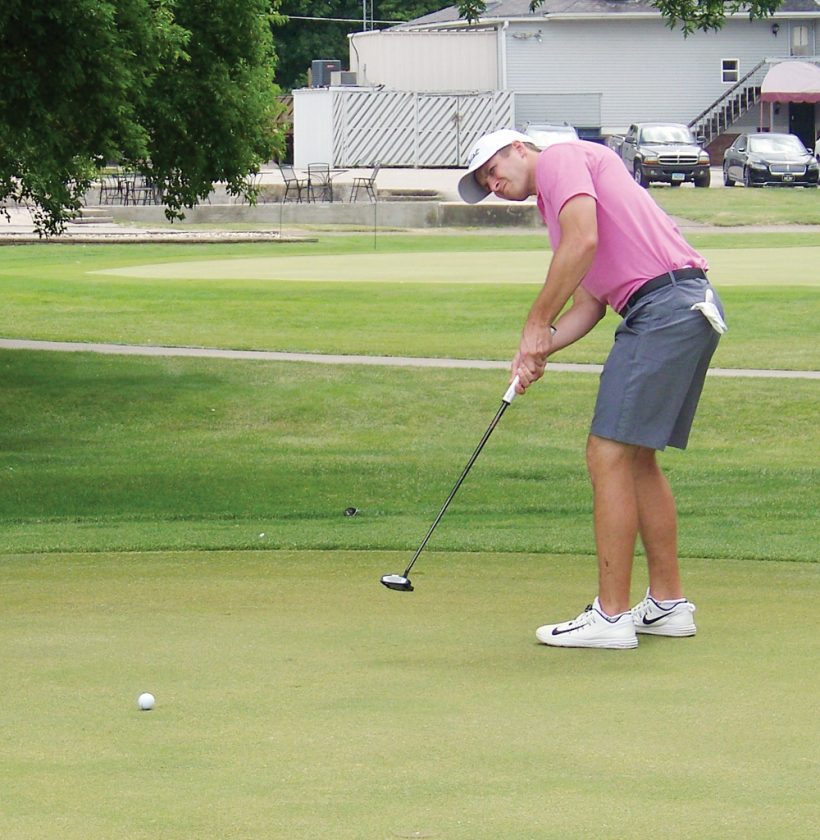 “Up until the 1990s, you really didn’t have much of a chance once you got to be a certain age. Now we’re able to get our second wind and continue to enjoy these tournaments many of us basically grew up playing.”

Sergeant recorded three birdies and three bogeys, with the rest pars in a “pretty boring” round, as he described it.

“I got up and down a lot,” Sergeant said. “The greens are in fantastic shape, and the pin placements were fair. We didn’t really have any (weather) elements to deal with, so I just tried to work my way through it and not do something incredibly stupid.

“I made a long putt on 14 for birdie, and about a 20-footer for par on 12 when I really had no business (avoiding bogey). I haven’t played in any tournaments this year, so I didn’t really know what to expect. I still don’t (the rest of the way). But I wanted to keep things simple and just do the best I could without putting too much pressure on myself — a mistake I’ve made early on in the past.”

The 25-year-old Huseman made the turn at one-under par 34 on Friday, and nothing necessarily seemed out of the ordinary about his round until he chipped in for eagle at the par-5 15th. 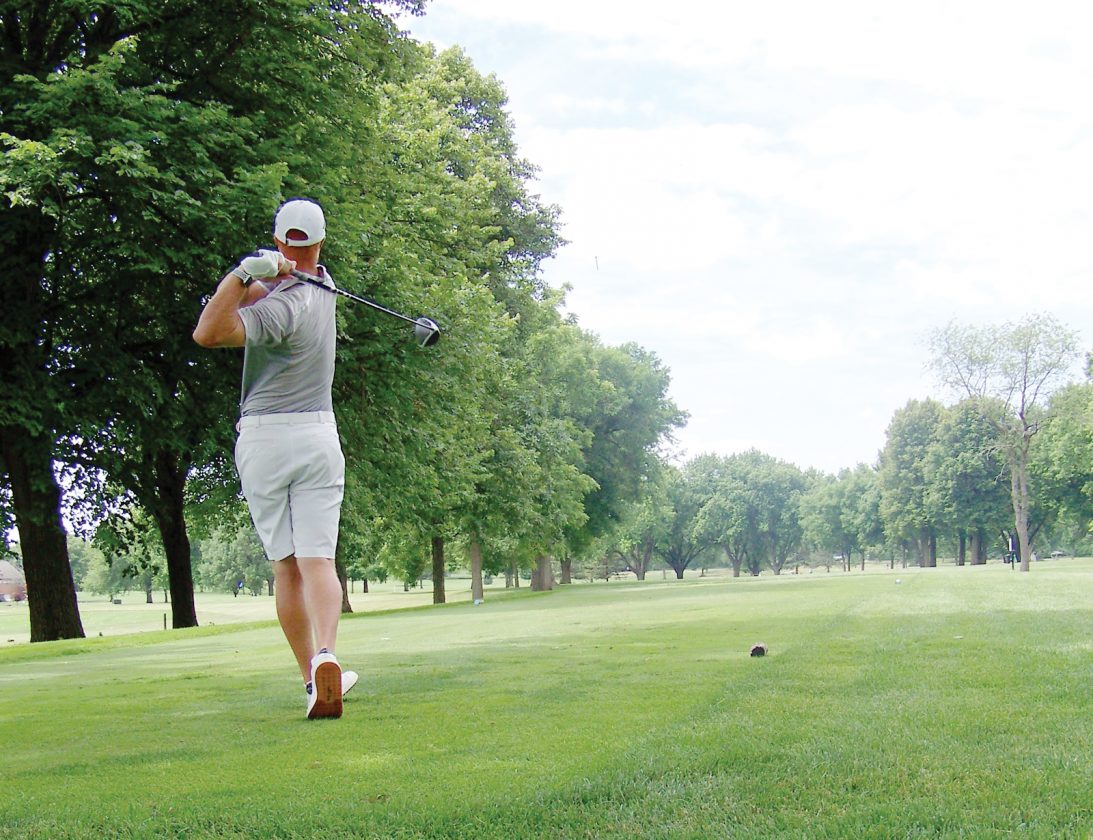 Messenger photo by Eric Pratt Andrew Huseman hits a drive at No. 10 on Friday during the opening round of the Fort Dodge Amateur at the Fort Dodge Country Club.

“That kind of got me going,” said Huseman, the son of local chiropractor Bill Huseman and grandson of iconic Fort Dodge Hall of Fame coach and athletic director Dutch Huseman. “I was just being patient, trying not to force anything and post a decent score. I chipped in at 15 for eagle, then rolled in a 20-footer for birdie at 16 and a 25-footer for birdie at 17.

“I didn’t do anything exceptionally well, but didn’t make any bogeys or get into trouble, which is as important as anything (in the opening round). You can’t win this tournament on Friday, but you can definitely lose it.”

Huseman is currently finishing up his Master’s work online through the Arkansas State University School of Business. The former Ankeny Centennial standout spent this past winter in Naples, Fla., and is currently caddying at The Harvester in Rhodes.

“I have a few more amateur events after this one, and if all goes well, the plan is to turn pro in time for the Iowa Open (July 31-Aug. 2 in Riverside),” Huseman said. “I haven’t been playing a ton up to this point (competitively), so I did surprise myself a little (with a 65).

“My game feels good, and the course is playing great. There are definitely a lot of birdies out there, so I’m going to have to keep playing well.” 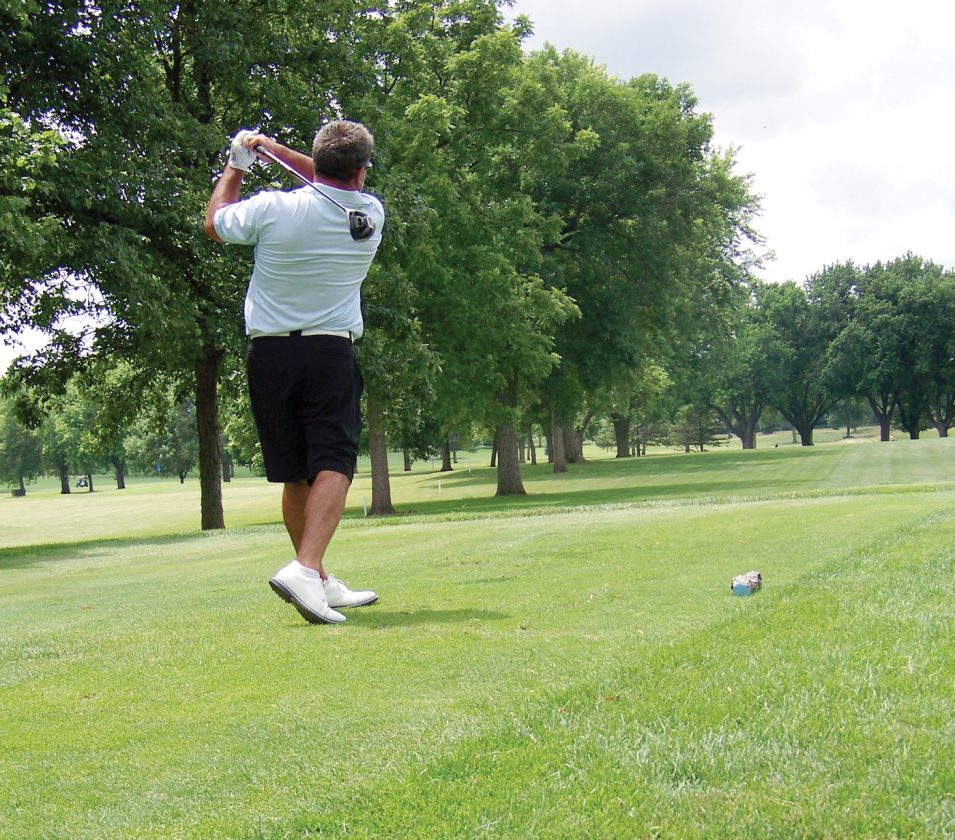 Messenger photo by Eric Pratt Terry Cook follows through on a drive at No. 10 on Friday during the opening round of the Fort Dodge Amateur at the Fort Dodge Country Club.

Joe Urbanek of Tripoli, the 2017 FD Am winner, was the only other golfer to break par (one-under 70). Jon Olson — the head men’s golf coach at Central College in Pella — and Norwalk’s Brian Allison are both at even-par 71.

Cook — of West Des Moines — was steady as an oak, with 16 pars and birdies at 7 and 17. He leads Jay Slings of Williamsburg by two strokes.

Gowrie’s Tom Schill is in a group at one over 72 on the Senior side. He is joined by defending champ Joe Bates of Albia and Bret Taylor of Booneville.

Moving-day action starts at 8 a.m. on Saturday, as players vie for positions on Sunday’s championship-round scoreboard.