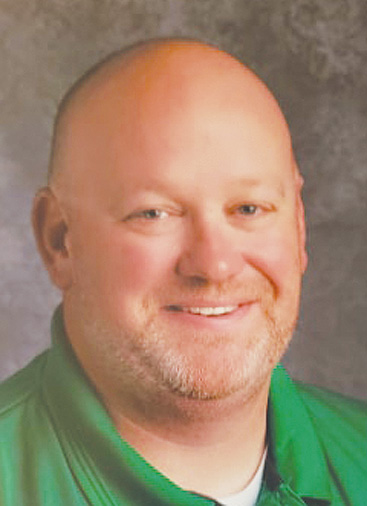 C.J. Tracy is ready for the next step.

Tracy has been preparing for a head coaching job at St. Edmond by being involved in as many sports and filling as many roles as he could.

Tracy has been a track, baseball and football coach at the lower levels for the Gaels. Now, he’s about to become a head coach.

The Illinois native was named St. Edmond’s next girls basketball coach this week. Tracy takes over for athletic director Steve Neuberger, who is leaving Fort Dodge to become the elementary principal in the South Hamilton district.

“We opened up the job when I announced I was leaving,” Neuberger said. “C.J. expressed interest early on. With the COVID-19 pandemic going on, it was in the best interest of the program to get him in the position now, so if things get back to normal, he can start to work and prepare.

“He was on the forefront of getting his application in. He had a great interview. We knew this was our guy.”

This isn’t the first head coaching stop for Tracy, who was the boys head basketball coach for five seasons in Aledo, Ill.

“I’m happy for the opportunity to be a head coach again,” said Tracy, a sixth grade math and science teacher at St. Edmond. “I loved it when I did it before. The opportunity came when Coach Neuberger announced he was leaving, so I decided to go after it.

Neuberger said Tracy was the right person for the job.

“The number one thing with C.J. was that he was involved with a number of our athletic programs,” Neuberger said. “As the athletic director, I’ve watched C.J. and seen the quality of coach he is.

“He has a good understanding of what should be done at this level.”

Tracy takes over for a Gael program that has won only 13 games in the past four seasons.

“My philosophy is to do what you can do with the players and the athletes you have,” Tracy said. “When I was coaching JV, I told the kids we wanted to run and gun and have some fun — if it fits. One of my big words is, ‘compete.’ You have to compete to give yourself a chance to win.”

Tracy stressed that he wants to help get the program going from the bottom up.

“I’m going to have my hand in every cookie jar,” Tracy said. “I want to start a youth program and a youth camp. I want to meet with those coaches and talk about philosophies. I want to give them some of the drills that I learned and start building up fundamentals.”

Tracy understand the commitment it takes in the North Central Conference.

“The NCC is physical, and being the smallest school in the conference, we need to come ready to play every night,” Tracy said. “If we can take care of the basketball and play defense with the understanding of the fundamentals, it will give us a chance to win in the end.”

“C.J. has been around the kids, and it’s really important that they know him,” Neuberger said. “He knows the girls and they’re familiar with him. He’s not coming in from the outside where there would be a ‘get-to-know’ process.

“He’ll bring his own style to the program, and they’ll know what to expect.”

Tracy lives in Fort Dodge with his wife, Nicole, and children, Malorie, Jed and Bo.